Ceylon Graphite (CYL.V) – another arrow in the quiver 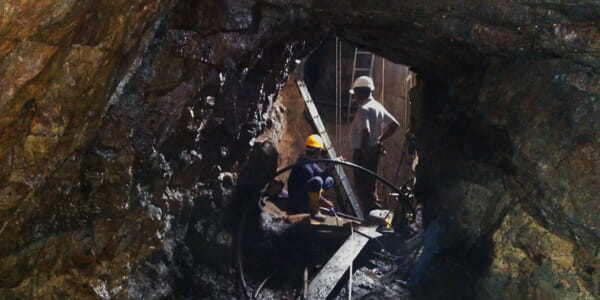 Prior to 1972, Sri Lanka was known as Ceylon. Its most famous export, Ceylon Tea, was known globally. Its marketing slogan: ‘the finest tea in the world.’

Ceylon Graphite (CYL.V) is in the business of exploring for and developing graphite deposits in Sri Lanka, and their paraphrased slogan, ‘the finest graphite in the world’ might not be a stretch.

Ceylon’s position in the graphite resource arena is unique. The government of Sri Lanka granted the company exploration rights to a land package boasting over 120 square kilometers of prospective terrain, which is a wide swathe in a small country. 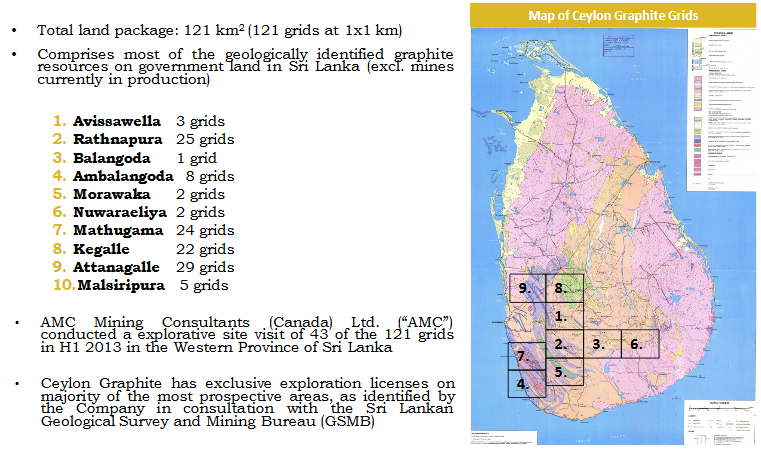 These exploration grids cover areas of historic graphite production dating back to the early twentieth century. Back in the day, these early miners used crude hand-held tools – picks and shovels – but unearthed graphite in sufficient quantities to meet 40% of the world’s needs.

Today, after decades of political instability and a lack of modernization in their resource sector, Sri Lanka supplies less than 1% of the world’s graphite production.

That may be about to change.

Sri Lankan vein graphite is some of the purest on the planet. It’s also a geological anomaly…

Of all the natural graphite materials, vein graphite is probably the most difficult to describe geologically, and various theories of its origin have been presented. As the name suggests, vein graphite is a true vein mineral as opposed to a seam mineral (amorphous graphite) or a mineral that is disseminated throughout the ore rock (as in flake graphite).

Its high carbon content gives it a distinct advantage over conventional flake graphite ore as the beneficiation effort required to achieve a high-grade concentrate is reduced. 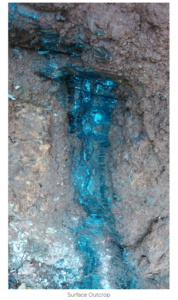 So Ceylon Graphite has the purity end of the market locked down, but what about scalability?

The company’s land position represents the vast majority of the known graphite occurrences across all of Sri Lanka. Hundreds of abandoned shafts, with an abundance of visible high-grade graphite, fan out across the company’s landholdings. In essence, the government of Sri Lanka has been convinced by Ceylon’s Sasha Jacob that his company will bring them great wealth, if they allow him to modernize their industry.

Now the challenge is for Ceylon Graphite to make that happen.

And the time is right: In this day and age of increasing graphite demand – electric vehicles, energy storage, consumer devices – Ceylon has an opportunity to ride a wave of economic demand. 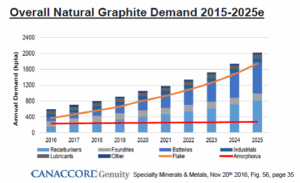 New veins structures seem to be popping up all over the map for Ceylon, as it rolls across its holdings and figures out what it owns…

It appears that the primitive ‘hands and rope’ mining techniques employed back in the day barely scratched the surface of the regions ultimate potential, which is what Jacob was relying upon.

On October 2nd, the company announced a resource estimate on its Malsipura Project:

Several low cut-off grades were determined for the block model. With a prioritization of the grade and considering the optimization of the continuity of the mineralized zone, the low cut-off grade of 2% Cg was retained. This permits to calculate a mineral resource of 159,544.05 tonnes averaging 8.15% Cg. This scenario is also identified as the base case for an Indicated Mineral Resource of 37,234.62 tonnes at 9.79% Cg and 122,309.43 tonnes at 2.76% Cg classified as Inferred Mineral Resources. These mineral resources contain all the known lump veins grading between 80.20% and 98.60% Cg over thicknesses ranging from few centimetres to 0.72 m. Their length ranges from few metres to a maximum of 75 m. A total of 13,000 tonnes of Carbon Graphite is contained within the mineralized envelope.

The author of the above technical report went on to state that the Malsipura Project is “a good prospect for economic extraction.“

Two huge advantages: the graphite is close to the surface, and the Sri Lankan permitting process is a simple affair, especially when the government has a vested interest in your success.

Regarding the shipment of this 30-kilogram test sample, Ceylon Graphite President and CEO, Bharat Parashar stated, “These test results will emphasize to manufacturers that Sri Lankan Graphite has the finest qualities and can be upgraded to battery grade very easily.”

The test results are back…

ANZAPLAN has certified graphite obtained from its K1 exploration site meets the parameters of spherical graphite required for battery and energy storage applications.

Translated: The purity makes it useful for batteries, and getting the ore to a usable stage is not difficult.

Concerning the quality of the test sample as it relates to grid storage, electric vehicles, hybrid vehicles, and consumer electronics: “all analyzed parameters of the obtained spherical graphite product are in the range of typical comparable products. SEM images display well-rounded spherical graphite particles similar to products on the market.“

Ceylon’s goal of becoming a top-shelf producer of premium battery grade graphite is well on its way to becoming realized.

“Another arrow to our quiver. We have now proved to the world that Ceylon Graphite has the ability to provide battery grade spheroidized graphite to battery manufacturers and energy storage companies. We have both large reserves and quality natural graphite. Our next steps will be to start tangible discussions with the major players in this fast growing sector and to start fabricating our own processing plants in Sri Lanka.”

A look at the company’s price chart…

This is an unusual chart marked by wild short-term swings. There’s far too much chop to divine any sort of meaningful price pattern here.

When I find the price pattern difficult to read, I turn to indicators like the Accumulation/Distribution Line (bottom of the chart).

The fact that the Accum/Dist Line has been in an uptrend since mid-summer suggests that the shares are under accumulation, perhaps by smart money types. This upward sloping line also suggests that the stock may soon begin testing higher ground.

Equity Guru’s Chris Parry, Lukas Kane, and Ethan Reyes have covered Ceylon’s developments extensively over the past year or so.

One article that caught my eye highlighted the following news item…

Ceylon appears to be on a fast track to production.

The purity of their uber high-grade graphite should command a premium in the market – the economics should prove compelling.

With roughly 55 million shares outstanding and a modest $8.7M market-cap, this has to be considered deep value.

Full disclosure: Ceylon Graphite is an Equity Guru client. We own stock.

Postscript: It’s interesting that the investor deck on the company’s website, though dated, is offered in two languages – English and Cantonese.

A few months back, Equity Guru’s Lukas Kane uncovered a news item found in the Hindu News which helped explain the Chinese connection.