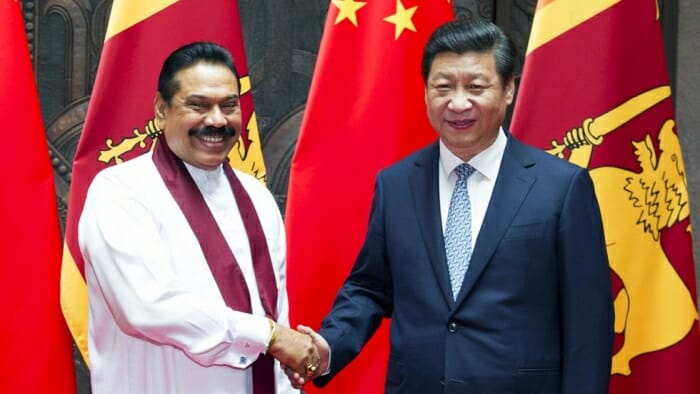 On July 17, 2018 Ceylon Graphite (CYL.V) announced that it has shipped 30 kilograms of high carbon (Cg) content (90%+) natural graphite from its K1 mine site to Dorfner ANZAPLAN for advanced testing.

“These test results will emphasize to manufacturers that Sri Lankan Graphite has the finest qualities and can be upgraded to battery grade very easily,” stated Ceylon CEO, Bharat Parashar.

CYL owns rich graphite deposits in Sri Lanka – a country which used to meet 40% of the world’s graphite demand (33,000 metric tonnes a year).

The Sri Lankan miners dug with crude hand-held tools.  When they hit rock – they walked away.

CYL intends to active some of these old shafts at about a million bucks a pop. 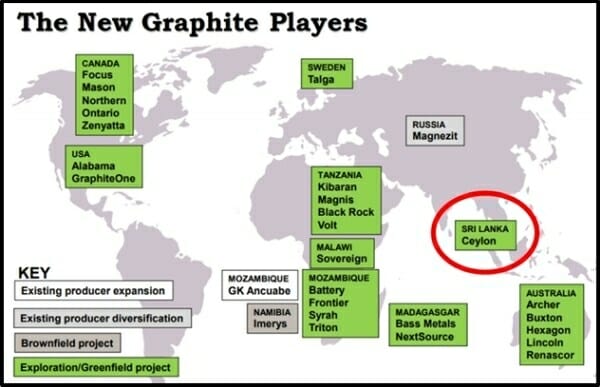 The underlying stock-price driver can be found in today’s Hindu News, which reports that “Chinese President Xi Jinping has offered Sri Lanka a fresh grant of $295 million, as Beijing tries to expand its influence in the island-nation.”

“When the Chinese Ambassador visited my house, he said that Chinese President Xi Jinping sent me another gift,” gushed Sri Lankan President Maithripala Sirisena, “He has gifted two billion yuan to be utilised for any project of my wish”.

Sri Lanka has something both the US and China needs: premium grade large-flake graphite – required for electric vehicles.

China’s massive “One Belt, One Road” initiative was much talked about at the recent Hong Kong Mines and Money conference (a slide from CYL’s Cantonese deck below). 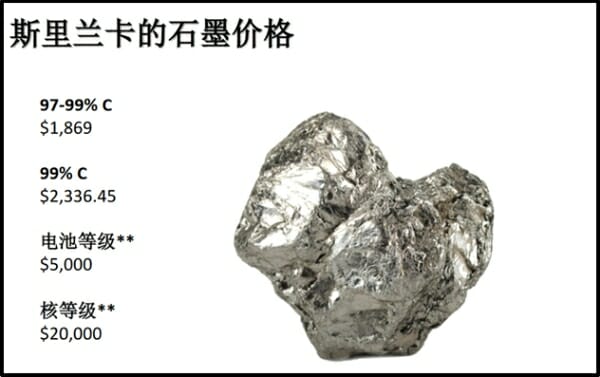 The “One Belt, One Road” is the largest mega-project in history, covering more than 68 countries that contain 65% of the world’s population and drive 40% of the global GDP.

“Sri Lanka has recently signed a $1.1 billion deal with China to develop the southern deep-sea port of Hambantota – playing a key role in the “One Belt, One Road” initiative

“The grant offer comes at a time when a Chinese firm is facing heavy criticism for allegedly financing the last election campaign of former President Mahinda Rajapaksa,” stated the Hindu Times.

There are legitimate controversies about China’s spreading influence in Sri Lanka and across the developing world.

Your choice:  complain about it – or invest in it. 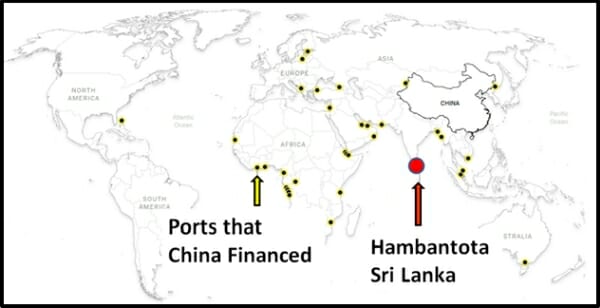 “The next steps include the purchase of an underground drilling machine,” stated Parashar, “then drilling along the veins to ascertain the quantum of resource available; and completing the mining license application process.”

“We are now close to being a near-term graphite producer of some of the world’s purest naturally occurring graphite.”

There is a push in the graphite world to morph flat flakes of natural graphite into spherical shapes. This increases the surface area and conductivity, enhancing battery quality.

The proposed test work targets at CYL’s Sri Lankan property will evaluate “the feasibility of producing a spherical graphite product from vein graphite provided by Ceylon Graphite, including the following stages:

“These tests will enable Ceylon Graphite to elevate its graphite development with an end goal of producing a premium grade battery-ready product sample for prospective lithium-ion battery manufacturers and end-users,” stated Ceylon.

We like what’s happening on the ground at Ceylon’s graphite property.

But when the Chinese Ambassador pops by for dinner with a cheque for $295 million, that’s probably even bigger news.