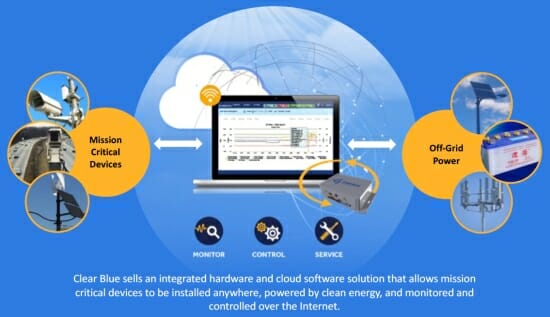 Revenue from sales in Ontario year-to-date are 515% higher than all of 2017, while the number of Ontario lighting systems increased by over 300%.

Illumience is the cloud application that serves as a brain center for Illumient – monitoring, maintaining and enabling proactive service of solar and wind powered systems over the Internet.

This Smart Off-Grid technology is the key to high reliability, long system life while lowering the costs to install and maintain the systems by up to 80%.

Ontario case study:  The City of Pickering, Ontario (pop. 95,000) – located east of Toronto – had an unlit leash-free dog area.  Dog owners made multiple requests to use the park after sunset.

Existing transformers were cluttered, and the City “did not believe that they could have secured the necessary permission.”

A solar lighting solution had been previously discussed, but “the Canadian climate and lack of winter sunshine required solar/wind hybrid system that was too expensive.

The City discovered that Clear Blue’s Smart Off-Grid technology provided a solution at an affordable cost. 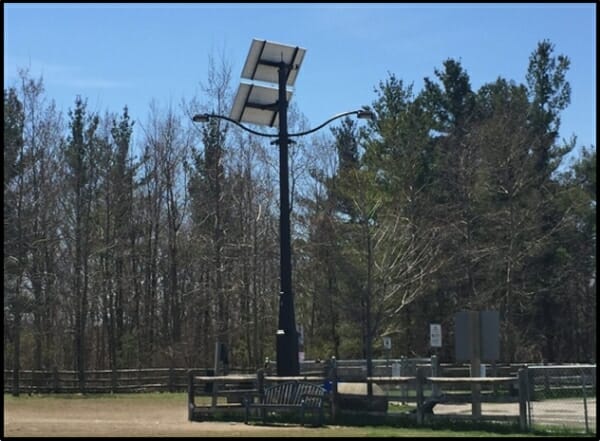 The level of flexibility and sophistication is hard to wrap your head around.

Illumience not only monitors the lights – it predicts the weather, ties your shoes, washes the dishes and if you ask it politely – it can probably find you a tri-lingual soul-mate in Iceland.  Here’s an illuminating software video demonstration.

So far, 18 municipalities in Ontario have installed Illumient lighting systems at 40 different locations.

“The global market for solar street lighting is projected to grow by 23% CAGR over the next few years,” stated Miriam Tuerk, CEO and co-founder of Clear Blue. “The rate of projected growth in the Americas is close, at almost 20% CAGR.”

Tuerk points out that this stunning growth rate will also “be driven by the explosion of Internet of Things (IoT) devices that need to be powered.”

By 2020, there will be about 30 billion devices nattering away to each other.

In heavy traffic – late for a meeting?  No worries – your windshield wipers will send a text to the home office, updating your ETA.

Clear Blue’s systems are installed in 8 Canadian provinces, more than 20 U.S. states, and in 34 countries around the world – including an $850,000 contract to install and maintain 280 streetlights in Nigeria.

The World Bank recently provided a $350 million loan to light-up the Nigerian country-side. 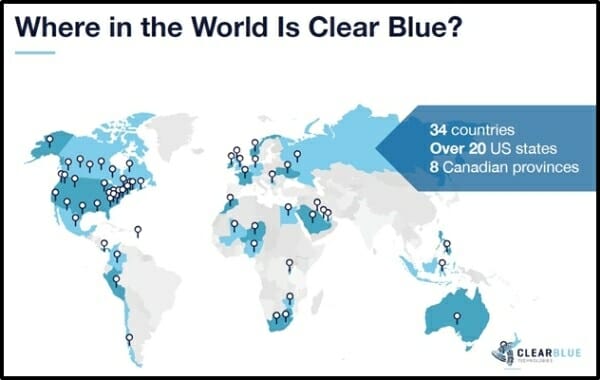 “If you’re having a dinner party, you want Clear Blue’s CEO Miriam Tuerk there,” wrote Equity Guru’s Chris Parry, “and not because she makes a mean salmon mousse, but because she may be the most interesting exec I’ve heard. I’ve been a stakeholder in Clear Blue since before it went public.” 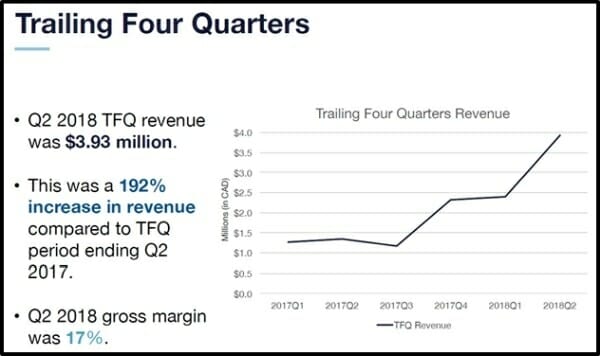 “The off-leash committee is happy, and has already requested more lights,” stated the Pickering Parks Supervisor, “The City is also looking forward to being able to publicize our carbon savings and other information as part of our sustainability program.”

Clear Blue is currently trading at .51 with a market cap of $17.7million.

Full Disclosure:  Equity Guru has no financial agreement with CBLU, but we do own stock.