On October 16, 2018 Clear Blue Technologies (CBLU.V) announced that it would be attending the 2018 TIP Summit in London, along with executives from Facebook (FB.NASDAQ) and Telefonica (TEF.NYSE) to share information on projects using OpenCellular-Power (OC-Power).

TIP is a 2016 Facebook initiative designed “to accelerate the pace of innovation in the telecom industry and improve connectivity for a billion people worldwide.”

Clear Blue is a gritty little company on a mission to change the world. 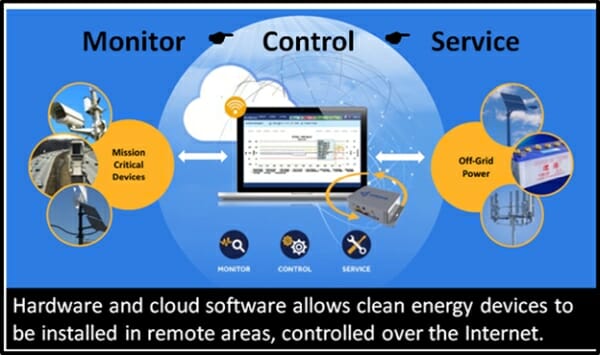 If you noticed the CBLU logo on the homepage of our website, you probably assumed that “CBLU is an Equity Guru marketing client”.

But it is not.

We are telling the story for two reasons:

This company is so new that it is still bathed in amniotic fluid.

But this is not a story about a start-up with a silver-tongued CEO and hopeful milestones scrawled on a napkin.

CLBU just signed an $850,000 contract to install and maintain 280 streetlights in Nigeria.

More than 80 million people in Nigeria do not have electricity. The World Bank recently provided a $350 million loan to light-up the country-side.

Clear Blue has multiple revenue streams (more on that later) and they are expanding quickly across the globe. 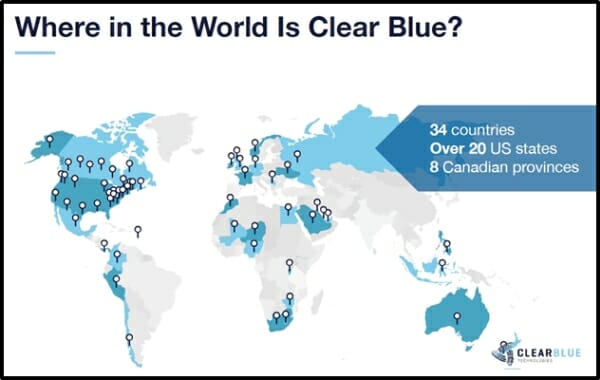 “A large part of the world is off-grid, meaning billions are not connected to a reliable power source,” explains Equity Guru principal Chris Parry.

Clear Blue’s system allows customers to install a solar/wind-powered, wifi-enabled street light with remote controlled management, to be dropped in any location for a low installation and management cost.

If you have a railway switch hundreds of miles from nowhere, a Clear Blue system can not only allow you to remove the diesel generator you’re probably using to keep it going (and the guy refilling that generator every dew days), but can also turn that location into a virtual small power grid, bringing services to the location that wouldn’t make economic sense normally.

All from a streetlight.

“We are excited to be working with Facebook and other TIP members to deliver the clean power system and remote management capability for TIP’s OpenCellular telecoms solution,” stated Clear Blue CEO Miriam Tuerk.

Clear Blue has already collaborated with Facebook and other TIP members on projects in Latin America and sub-Saharan Africa.

Clear Blue is launching an OC-Power addition to its Illumience Smart Off-Grid management service – enabling it to do energy forecasting and enhanced remote troubleshooting. 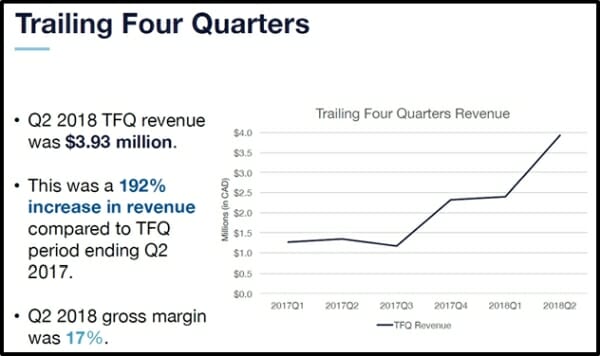 In the last two years, TIP’s membership has grown to 500 organizatijon members, who are investing capital, resources, and expertise to deploy telecom infrastructure for emerging markets.

Full Disclosure:  We own CBLU stock.  If they became a client, we wouldn’t throw a tantrum.