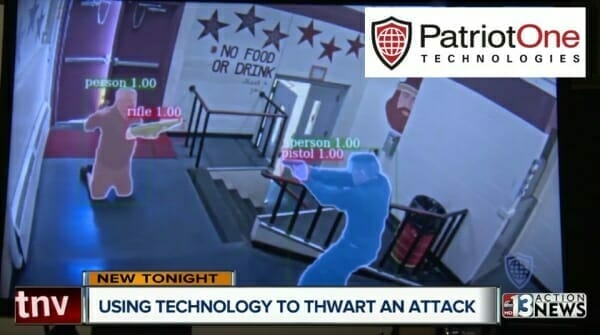 Patriot One (PAT.V) is a technology company that has developed “Cognitive Microwave Radar” which detects concealed weapons from a compact piece of hardware that can be embedded in wall cavities.

We have been tracking PAT for almost two years, writing 22 articles including;

We believed at the time – and still believe – PAT’s technology is going to save lives.

According to the Globe and Mail, in 2017, “About $1.5-trillion in assets are under some kind of responsible investing strategy in Canada – up 49% from two years prior.”

Twice in the last 24 months, PAT stopped being an Equity Guru client, but we kept on writing about them. 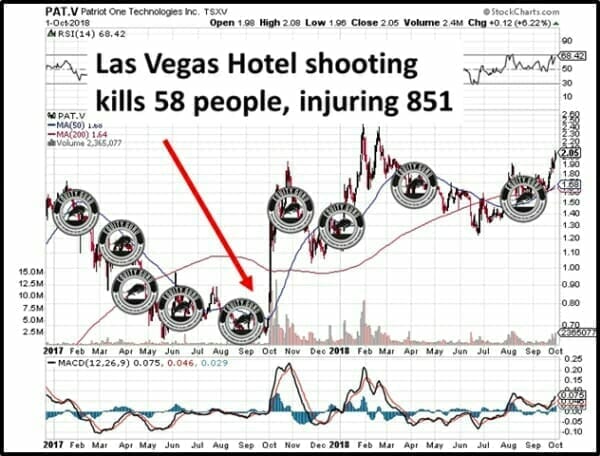 At a recent “Future Investor Conference” in Vancouver, BC – Cronin told a room full of investors that PAT “does not chase ambulances”.

In fact, PAT tends to go “radio-silent” after U.S. mass-shootings, although there is typically an uptick in trading volumes and stock price.

In 2017, Americans made up 4% of the world’s population but owned about 46% of the entire global stock of civilian firearms.

To paraphrase Equity Guru’s Chris Parry, the U.S. is lousy with guns.

Schools, courtrooms, universities, bars, hospitals and private home-owners – all want to know if their visitors are armed – and if so – with what?

Two things: 1.  PAT is getting closer to a commercial roll-out.  2. The mainstream media has picked up the story.

“Developments over the past 24 months since we launched Patriot One have been set against a backdrop of ever-increasing active shooter and terrorist assaults targeting people at schools, event venues, churches, tourist attractions, business environments and beyond,” stated Cronin.

The concept of a PATSCAN multi-sensor platform is now in play.

PAT has been investing in machine learning, which will enable the capture and assembly of data points from multiple sources.

“We firmly believe that this method can help us best serve varying customer requirements, such as a need to address installation costs related to all of a venue’s indoor and outdoor architectural and environmental realities.”

While many of our investors will see this as a way to capture an even larger market share,” stated PAT, “our clients will see a multi-sensor approach as a means to further guard their properties without creating fortress-like environments.

This last point is important.

PAT has discovered that its future clients want to know who is packing, without the customer or guest feeling “digitally frisked.”  So, discretion is an important part of the business model.

Buried in PAT’s current Corporate Presentation is the revelation that “a small research team at Patriot One has identified several innovative threat detection solutions which can easily integrate with our cognitive microwave radar technology (CMR). 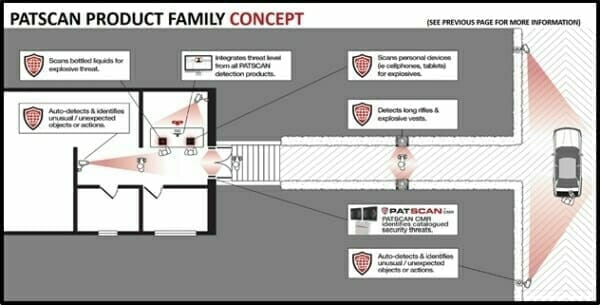 PAT’s “family concept” expands the market for their technology from commercial – to retail.

PAT believes that its multi-sensor system will extend the capability of its PATSCAN system and will result in multiple commercial product launches in Q4, 2018.

According to Allied Market Research, by 2023, the global physical security market will reach $153 billion.

Patriot One has a market cap of $232 million.

Full Disclosure: Patriot One is an Equity Guru marking client, and we own stock.