Equitorial Exploration (EXX.V): assays up to 3.57% Li2O at Cat Lake 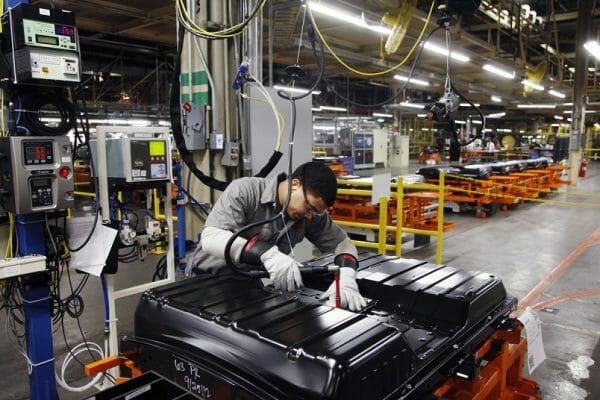 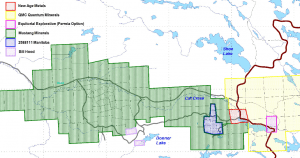 The Li2O values they’ve been pulling out of the ground at Cat Lake are high-grade. Very high-grade.

First, a quick review of what Equitorial is ultimately targeting with the drill bit…

The source of the structure Equitorial is tagging at Cat Lake may be a southerly extension of the Irgon Pegmatite System – a pegmatite that is presently being explored by Quantum Minerals.

Or, it may be a completely different system altogether.

Indulge the author for a moment: will Quantum Minerals EVER mobilize a drill rig to their Irgon Lithium Mine Project next door? I mean, didn’t have a decent head start over Equitorial? Serious question ya’ll.

Equitorial is searching for lithium in the form of spodumene at Cat Lake.

Spodumene is a pyroxene mineral found in granite pegmatites.

Pegmatites are intrusive rocks (igneous in nature) which develop when liquid hot magma cools and crystallizes.

Here’s the thing: when the highest quality, highest purity lithium is sought for our most sensitive electronic devices – our kids’ cell phones, tablets, footwear…

… lithium sourced from spodumene is at the very top of the list.

Spodumene once served as the most important ore of lithium metal. Although it remains an important source of lithium, today most of the world’s lithium is produced from subsurface brines in Chile, Argentina, and China. These sources of lithium have lower production costs and are suitable for most uses. However, when lithium of highest purity is needed, spodumene is the source that is used.

From good/relevant info from Geology.com…

The demand for spodumene is dependent upon the use of lithium in manufacturing. In the past, most lithium compounds and minerals were used to produce ceramics, glass, aluminum alloys, and high-temperature grease. However, an exploding demand for rechargeable batteries to power cell phones, tablet computers, cameras, music players, GPS units, and other portable electronic devices is driving the demand for high-purity lithium – and that drives the demand for spodumene.

For a closer look at the company, with all of its many irons in the fire, I go into some detail here.

On June 13th the company reported their first hole – CT-18-02 – from their Cat Lake property. As mentioned above, the company tagged a structure deemed as a possible extension of the Irgon Pegmatite system.

Uncertain of the exact orientation of the pegmatite system, the company stated the following in this June 13th release…

Equity Guru’s illustrious Lukas Kane covered this news back in June. His insights regarding CT-18-02, and the company as a whole, can be found here.

As far as I’m concerned, it doesn’t matter one iota whether the company is looking at an extension of a previous discovery, or something separate. High-grade Li2O is high-grade Li2O in my book.

(note: the orientation of Equitorial’s pegmatite is in question due to a lack of surface outcropping)

Then on August 1st, the company reported assay results on drill hole CT-18-04.

To simplify things, the pegmatite system the company is probing with the drill bit will now be referred to as, simply, The Cat Tail Pegmatite, whether it’s an extension of the Irgon Pegmatite system or not. Capiche?

Hole CT-18-03 didn’t hit the same Li2O grades as in previous drill holes. Instead, it encountered significant tantalum mineralization boasting individual assays of up to 0.16 % Ta2O. A breakdown of the Ta2O values can be perused in the table below…

Tantalum is used in the manufacturing of capacitors. As you can see from the chart below, it’s not a cheap metal, nor is it immune to supply disruptions and price fluctuations…

Regarding these tantalum values, Equitorial stated:

… in 2011, tantalum ore grade deposits mined in the world were less than 0.05% Ta2O5 in Australia, Brazil, Canada, Ethiopia, and Mozambique. It indicates that the newly discovered tantalum values at the Cat Tail Pegmatite are comparable to mining grades at known tantalum deposits. Further exploration is warranted with regard to the lithium and tantalum potential of the Cat Tail Pegmatite.

The second hole in this release, CT-18-05, hit pegmatite swarms at depth, but the values were marginal.

Drill hole CT-18-06 was collared from the same location as discovery hole CT-18-02. Projected to intersect the Cat Tail Pegmatite system beneath the discovery hole, it tagged pegmatite at a depth of 137.47 meters downhole (approximately 120 meters below the surface).

CT-18-06 extended the lithium mineralization in the Cat Tail Pegmatite at depth, where it remains open. The system also remains open along strike.

The company is not done with assays – results are still pending for one final hole, a hole which penetrated a sulphide-rich skarn.

Encouraged by these recent results, the company has applied for a permit to carry out a phase II drilling program – some 5,000 meters – to further explore Cat Lake’s lithium and tantalum potential later this Fall.

Regarding this phase II program:

The company plans to carry out a Phase Two drill hole program on the Cat Tail Pegmatite to further explore the lithium and tantalum potential at depth and along strike. A drill work permit has been applied for with the Province of Manitoba and the company is awaiting approval. The drill program has been designed to further drill test the Cat Tail Pegmatite along strike and at depth. An exploration program of mapping and sampling is scheduled for the fall of 2018. The field work will aid in a better understanding of the Cat Tail Pegmatite system. The company also plans to initiate a PEA (Preliminary Economic Assessment) Study after the completion of the Phase Two drilling.

One further indulgence for this author: if I were to have a say in how this next phase was to be run… I’d insist that ALL significant drill core, once split and logged, be sent to the lab for assay… posthaste. Phase One Cat Lake drilling wrapped up on April 17th. We’re still receiving assays from that Spring program four months later. I suspect the market would be far more appreciative of these outstanding results, far more enthusiastic, if they had them delivered in a more timely manner. Momentum matters.

The next phase of drilling could have a dramatic impact on what Equitorial’s Cat Lake Pegmatite might ultimately be worth. The PEA mentioned above could also shed some very positive numeric light on Cat Lake.

FULL DISCLOSURE: Equitorial Exploration is an Equity Guru client. We own the stock.

Feature image courtesy of Inside EVs