Equity Guru has been approached by several employees of MedMen’s (MMEN.C) California dispensaries who are telling us colleagues are walking out, upset about a new and unexplained pay cheque deduction that hit this week.

MedMen, a CSE-listed US cannabis dispensary chain, built around high-end retail outlets geared towards urban professionals, boasts that its stores are staffed by knowledgeable “budtenders.”

But those budtenders, who tell us they are paid minimum wage, are furious to see their paycheques being deducted, without explanation, for amounts they were paid in tips through credit and debit transactions. Some of those staff tell us their take home pay was turned into a negative through the unexplained actions.

MedMen went public via RTO in May, and currently has a market cap of either $392 million or $1.98 billion, depending on how one counts the voting shares, subordinate shares and redeemable shares. (Readers who want to try and get a feel for this company’s cap structure should have a crack at MMEN’s June 29th prospectus) . Equity Guru has previously been critical of MedMen’s unconventional share structure and management compensation package. 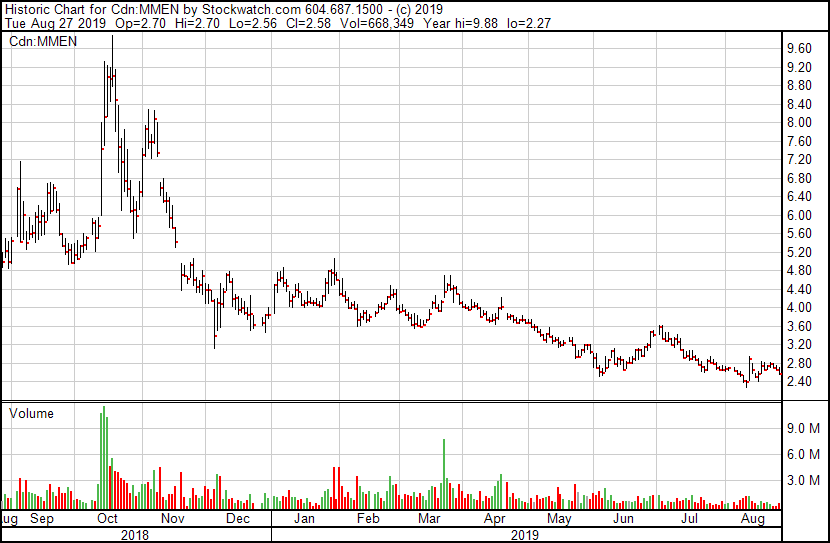 Of their dispensary operations, Medmen states on their website that:

We do not run pot shops, we manage class leading retail stores that happen to sell marijuana and marijuana products. MedMen operates several dispensaries in the most strategic markets in the country and we continue to grow rapidly.

Dispensary clients often leave gratuities for Medmen staff. Tips tendered electronically (debit or credit) are typically delivered to employees at the end of their shift or the next day. Yesterday, numerous MedMen employees told us that they were informed by management earlier this week that their bi-weekly pay would be subjected to a deduction based on the the customer gratuities that had been passed through the stores electronic payment systems.

None of the people who contacted us had been given any clarity from management about why the deduction was being assessed or the formula by which it was being calculated.

The deductions, listed on employee payroll statements as “Tipshare,” have ranged from $400-$550 USD. Equity.Guru has seen pay stubs and screenshots that confirm this, though we are keeping the names of employees and the stores they work in anonymous to protect them from management retribution.

Not all employees asked for anonymity, such is the outrage at the actions of head office.

California State labour code is explicit about company handling of their employees’ gratuities, and about deductions being made for gratuities:

Labor Code Section 351 prohibits employers and their agents from sharing in or keeping any portion of a gratuity left for or given to one or more employees by a patron. Furthermore it is illegal for employers to make wage deductions from gratuities, or from using gratuities as direct or indirect credits against an employee’s wages. The law further states that gratuities are the sole property of the employee or employees to whom they are given. “Gratuity” is defined in the Labor Code as a tip, gratuity, or money that has been paid or given to or left for an employee by a patron of a business over and above the actual amount due for services rendered or for goods, food, drink, articles sold or served to patrons.

Med Men employees are represented by The United of Food and Commercial Workers union (UFCW Local 770). While the union did not return Equity Guru’s calls, we’re told they did reply to one dispensary employee who was the subject of the tipshare deduction late yesterday, by text message, stating that:

‘The Union has become aware that this week’s MedMen paycheque has tax deductions from the tips you have earned this year. This violates our agreement with the company. We are working to fix this.’

Employees told us that MedMen has asked them not to speak about this issue to the press, or to post about it on social media, and that this request is a departure from a longstanding corporate culture encouraging the employees to promote the company on those very platforms as part of their regular duties.

MedMen employees told us that they have made several calls to accounting and human resources without a call back in explanation.

MedMen’s top three executives negotiated a ‘go public’ deal that pays them over $60m in bonuses just for sticking around, as well as a golden parachute that pays 5x their bonuses and $250k salary per month, should they be removed from their jobs.

Removing them, however, would be difficult, as they also negotiated a 99.3% ‘super voting’ block of shares that allows them to make any and all decisions without shareholders getting a substantial voice.

The CEO of the company has reportedly purchased a new home in Hollywood this week for over $3m, while asking his minimum wage employees to pony up as much as $500 each in back tips. 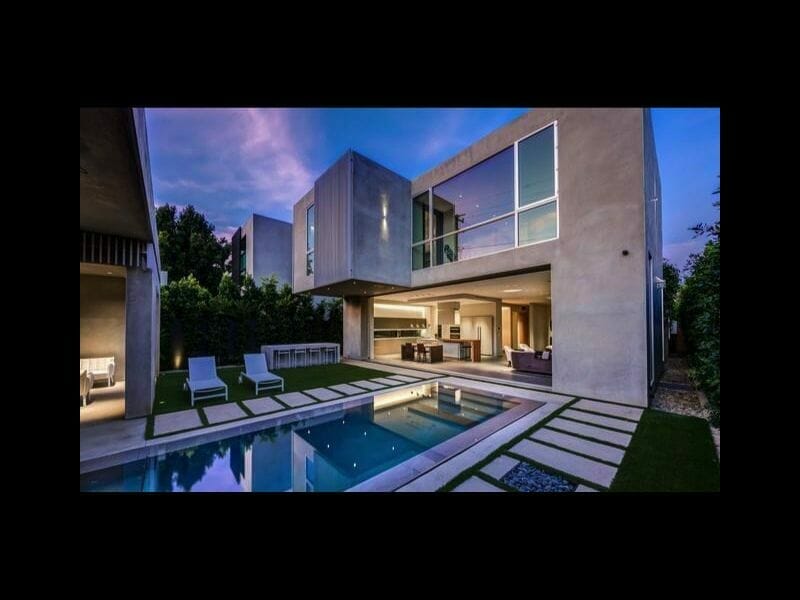 We’ve reached out to the company for comment, and will update this story if they get back to us.

CORRECTION: A previous version of this story reported that Med Men had a $138 million market cap. This figure was passed from data aggregated in the Interactive Brokers trading platform without verification. We don’t blame IB for not being able to follow the company’s loopy cap table, but hold ourselves to a higher standard. Equity Guru regrets the error. Thanks to the reader who alerted us in the comments.

ADDENDUM: Through their lawyers, MedMen has stated that the clawback came because they are legally bound to withhold federal and state taxes on tips. This is definitely a rational explanation of why employees had large deductions on their paycheques, though it begs the question why the company didn’t try to soften the blow for employees, or tell them ahead of time. It also lays out the reality that the company was acting in contravention of federal and state tax law for several months by not collecting those taxes earlier.
Equity.Guru asked the company to comment on the day the story was published, but it has not returned calls and no communication was offered, nor sought, until we received their lawyers’ note today. The company also denies employees didn’t know why they were receiving a deduction on their pay, a suggestion not backed up the statements of employees, managers, and assistant managers we spoke to. Indeed, the lack of communication by the company was why the employees of MedMen reached out to us in the first place.
We’ll provide more information as the situation rolls out.

Thanks for the heads up. We’ve corrected the error.

For anyone interested, these are the laws in California regarding tips and gratuities. Pay special attention to item number three.

As a comparison, Silver State Relief, which C21 Investments just acquired, looks after their staff. They get:
Medical insurance
Paid holidays
Two weeks of accrued time off annually
401K program
On-the-job training
Direct deposit
..and, presumably, they get to keep their tips.

Corrected. Thanks for keeping us honest.

I’ve seen that deduction on the paycheck of an acquaintance of mine who works in a MedMen store and I don’t think your reporting is accurate. That deduction was added in order to withhold taxes on the tips earned by the employees. Because they had not been withholding taxes on tips until then, they had to do a one-time catch-up (going back to the beginning of the year I believe). Because of this catch-up there was a significant amount of taxes withheld at once on a single paycheck which understandably caused very negative reactions from the employees (and they did a terrible job explaining it). That being said I think it is inaccurate to say that MedMen kis “clawing back” tips from employees.

Thanks for reading, Gerald.
By the plain and ordinary definition, a deduction made to make up for funds that were previously advanced to the employee without any strings attached is absolutely a “clawback.”
I’m certain that Med Men would prefer we called it a “catch up,” but they didn’t return any of our calls while we were reporting this. The explanation passed on by their lawyers (after this post blew up) has been appended.

Thank you for the precision, I stand corrected on the clawback/catch-up distinction. I just wanted to point out that MedMen employees do get to keep their tips (after taxes), and that the deduction in the article was extraordinary. I somehow missed the Addendum when I first read the article where you actually make that very clear so my comment was not warranted in the first place.

The bigger issue, for mine, was that MedMen screwed up on the taxes in the first place, and then made their employees hurt by taking it all back in one hit. for a company valued at a billion plus, surely they had the juice to let guys pay it back over a few months.
Or at least talk to the employees about it and let them know it was coming.