Zinc One (Z.V) wraps up Peru drill program with a bang

On June 7, 2018, Zinc One (Z.V) published its final drill results from the zinc discovery in the Mina Chica zone located at the Bongará Zinc Mine project in north-central Peru.

The likelihood of Zinc One building an economic mine in Peru has risen sharply over the last year.

We are going to examine the latest drill results – but first a quick primer on zinc, and Zinc One.

Zinc is the 4th most widely consumed metal in the world.  The dull grey metal is used in automobiles, electrical components, household fixtures and – the mother of all demand drivers:  construction. 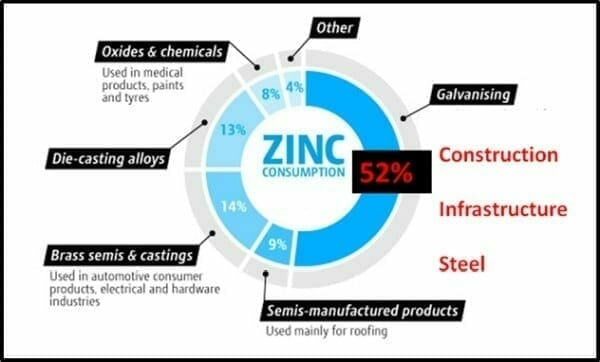 There’s a shortage of zinc because two of the world’s largest zinc mines have run out of ore (Australia’s Century mine, and the Lisheen mine in Ireland) and China has shut down 26 archaic zinc mines in Hunan province, which were poisonous.

Zinc One’s projects lying at the end of a 6-kilometer trend of known zinc.

Here is the Zinc One story in 5 easy steps:

1. There used to be a zinc mine on the Bongará Zinc Mine property. 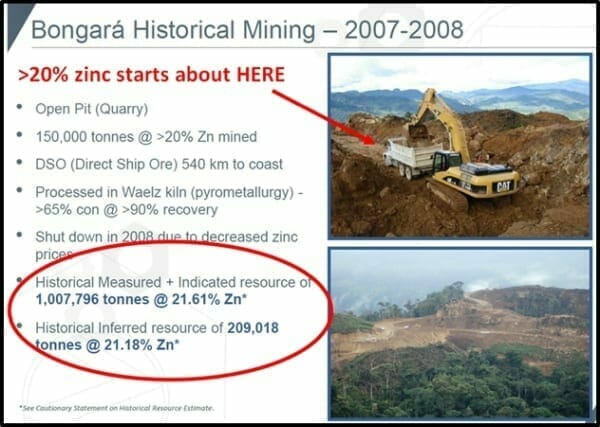 2. The metallurgy is conducive to a low-capex processing method called Wael kiln technology. 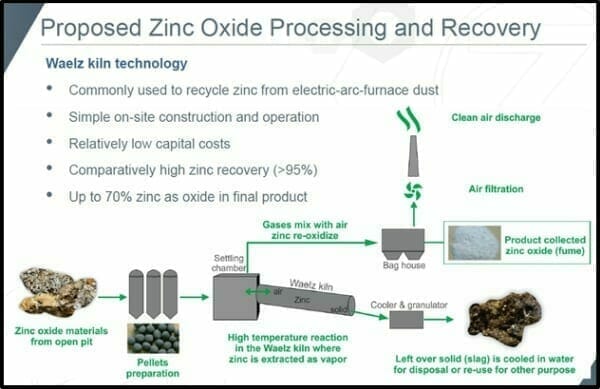 3. The latest drill results were focused on the Mina Chica zone. 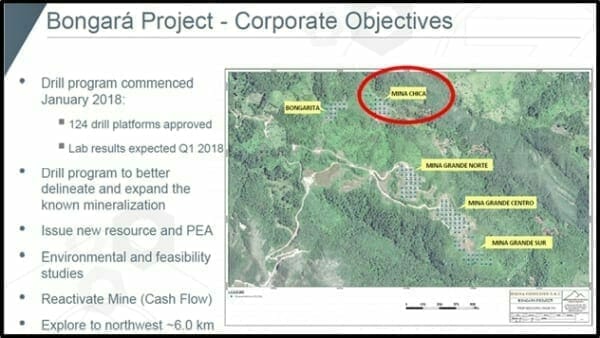 4. The latest drill results continue this trend of thick layers of high-grade zinc, close to surface. 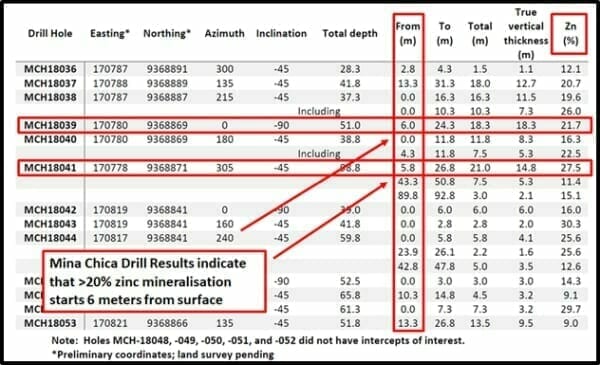 5. The June 7, 2018 press release states that, “This high-grade zinc mineralization is approximately 200 metres long in a NW-SE direction and 120 metres wide in a NE-SW direction and is open to the west.” 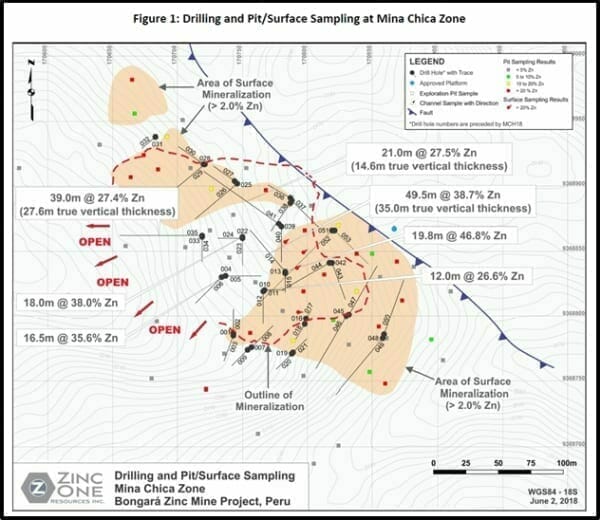 “Results from the drill program at the Mina Chica zone surpassed our expectations,” stated Jim Walchuck, President and CEO of Zinc One, “We will employ surface sampling as our primary targeting methodology to confirm and test the other prospective areas at the Bongará Zinc Mine project for the next round of drilling.”

At this time, we have only tested a relatively small portion of the six-kilometre mineralized trend.”

“If we can get tonnage at 21% zinc, that equates to 50,000 tonnes of concentrate per year,” stated Walchuck, “Because of the high grades involved, you don’t have to mine a lot get a lot of zinc.”

We first wrote about Zinc One on May 17, 2017.  Despite the promising geology and robust economics of the Zinc One Peru project, the chart looks like this: 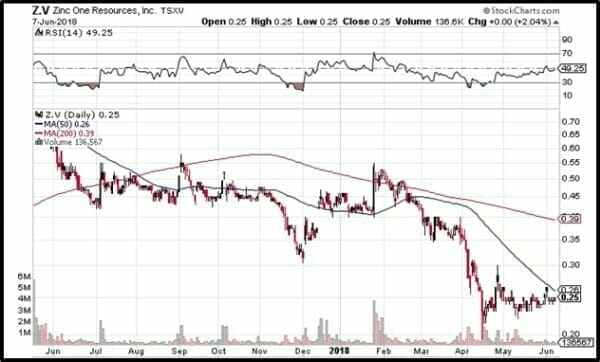 The reason for the crappy chart has very little to do with Zinc One.

The above crappy chart is caused by a thing we call “market sentiment”.

It’s what causing The Dow to go up – despite the lowest U.S. labor participation rate (62%) since 1978 – and $4 trillion of newly printed money sloshing about.

Market sentiment is also what’s causing the stock price of junior explorers to go down.

Hard assets will rise in value.

One day soon, it’ll be a good thing to own part of a zinc mine in Peru.

Full Disclosure: Zinc One is an Equity Guru marketing client and we own stock.