FinCanna Capital (CALI.C) is building a portfolio of royalty investments in U.S. cannabis companies, with a focus on California.

Well established in the mining business, royalty companies are a relatively new concept in the world of weed.

In the commodities world, royalty companies give cash to miners in exchange for a share of the mine’s future production.

It’s like lending someone $10,000 to build a bakery – with the baker agreeing to give you a percentage of his future bread revenue. 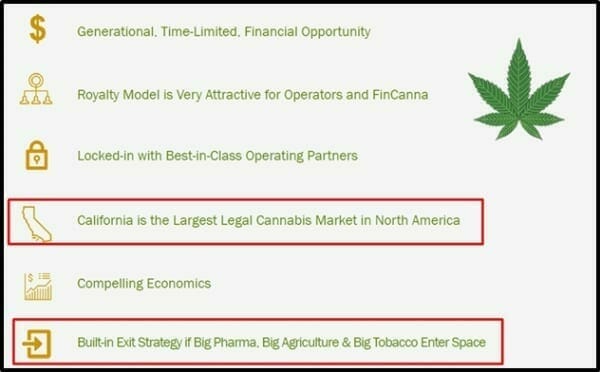 The diversification of royalty companies can create investor-relations messaging challenges.

It’s one thing to say: “We manufacture oil-extraction machinery”.

It’s another thing to tell the market, “We have a stake in the future revenues of a diverse galaxy of sector-related businesses.”

[We faced that challenge with Metalla (MTA.V), a kick-ass royalty company with investments in eight projects, spanning three continents.]

CTI’s major project is in Coachella, California, which will span 6-acres featuring cultivation centers, extraction and manufacturing facilities, a testing lab, a distribution hub, and a centralized processing center. 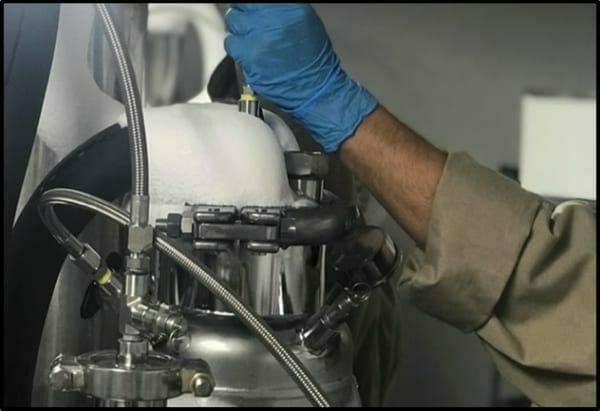 It’s aiming to be The Cadillac of California Cannabis.

“Concentrate and Vape sales generate high margin revenue for FinCanna and its shareholders,” stated CEO of FinCanna, Andriyko Herchak, “These leading dispensaries, choose only the highest quality, premium brands. We see an incredible future for CTI while it continues to expand its brand presence across California, the largest market in North America.”

The Coachella Premium line of products features all the major concentrate types including diamonds, sauce, shatter, batter, and sugar, with an ongoing list of strains.

FinCanna is entitled to complete its funding to CTI in exchange for a Royalty of 14% of CTI’s revenues from the complete Coachella Project.  It also has the right to finance CTI’s next 2 licensed cannabis facility projects on the same terms as the Coachella Project.

FinCanna has earned these rights by lending CTI USD $6 million, which is earning interest at 20% per annum.

In an April 16, 2018 press release, FinCanna Comments on President Trump’s Hands-Off Approach to Legalized Marijuana, CALI claimed that the company “is strongly positioned to benefit from advancements in federal legislation.” 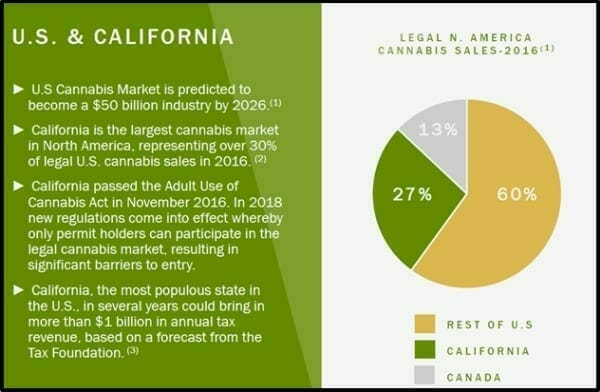 “While a bill has not yet been finalized, we feel these words of commitment from President Trump to a hands-off approach on states that legalized marijuana is extremely positive and should continue to create further comfort and momentum for investors looking to be a part of the licensed cannabis movement in the United States,” stated Herchak.

The June 4, 2018 news was greeted enthusiastically by the market.

The current valuation of FinCanna is $30 million.  It’s a small company chasing a very big prize.

Full Disclosure: FinCanna is an Equity Guru marketing client and we also own stock.