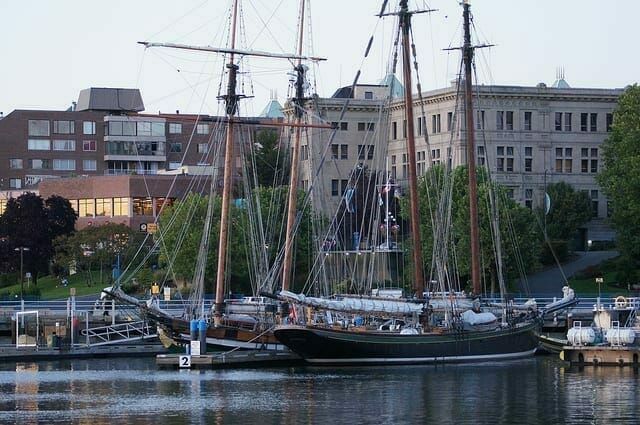 Victoria Not Yet THE Gaudy Wealth Destination, on its Way There At Any Rate

Some Alarming Stories Out of Oil, Pharma and Mining in this Snooze of a Market

The May 3rd mortgage rate bump from the big 5 banks that had us biting our nails sure didn’t bother the housing market. Bloomberg and nearly every single media outlet in BC told us this AM that Christie’s International Real Estate’s report on luxury housing has Victoria as the hottest luxury real estate market in the world. Christie’s (who will literally define luxury for you in the form of a whitepaper if you give them your email), lists Victoria as the fastest growing market in the world. The property auctioneer makes the average sale price of a Victoria home at $1.2 million, which is a long way from price champ Hong Kong’s $360 million average, but only suckers buy the top.

The average market dwell of a Victoria home was 32 days, and the city saw 29% growth in transactions. We’ve got to hand it to Christie’s for putting Vic in that sweet spot where high end opulence and red-hot growth overlap. Victoria residents should get ready for an influx of guys walking around with clipboards asking them about the quality of local schools.

Christie’s, only interested in the very TOP of the housing bubble, says Victoria is where it’s at.

The Financial Post reported this afternoon that HSBC, perhaps believing in Christie’s’ sales talent and the money that follows it, isn’t as worried about the housing market as the Big 5, and are happy to cut both fixed and variable mortgage rates. The recently ample coverage of mortgage rates and housing prices in the financial press is certainly a reflection to the market’s importance to the Canadian economy. The pace feels like the media watching all too closely for a crash that will almost surely show up only after everybody gets bored and looks the other way. 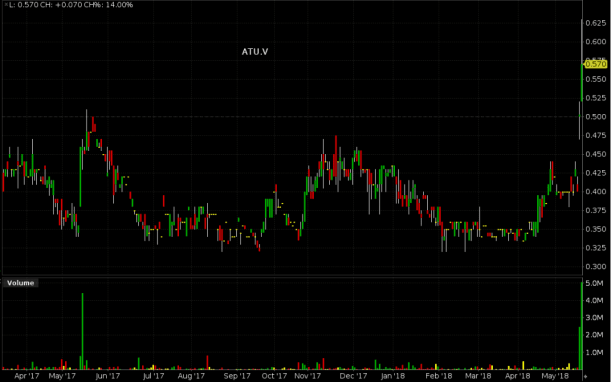 The Altura news may have been lost in a busier market.

Today’s snooze of a market was led by Alberta O&G producer Altura Energy (ATU.V), who reported a squeaky clean quarter with respectable income from operating wells. The company gave the street an “adjusted funds flow” (oil company speak for net revenue) of $0.02/share, but the real story here is the $28.3 million sale of an asset package. ATU.V had a $40 million market cap yesterday, which the market thought was a decent price for an operating producer with 3 million barrels of low dev-cost reserves and manageable debt. The news of the asset sale sent Altura up $0.17 over the past two trading days since the news. They finished today strong at $0.57 (+29% over 2 days) on 9 million shares in 2 day volume, and now have a $50 million market cap. The company operates with a $10 million credit facility that appears to be reasonably well managed.

The mining sector had a rough day. Sienna Resources (SIE.V), announced some results from reconnaissance drilling at their copper-nickel-cobalt property in Sweden that didn’t look all that bad to us at all. Their headline width had “2.8 meters averaging 1.05% nickel and 1125 ppm cobalt and 0.79% copper,” which isn’t bad for a shot at a geophysical target over old workings. They lost one hole into an un-mapped drift, which is bad luck, but not bad news. 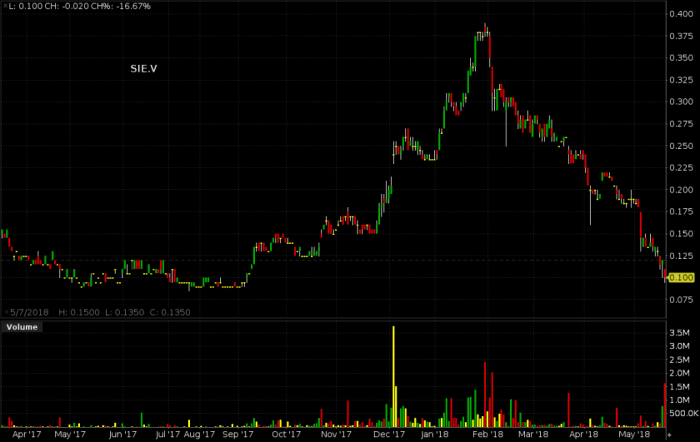 The Market expected more out of Sienna.

SIE was slaughtered on the news. Driven down $0.02 (-16.7%) on 2 million shares to close at $0.10. The $5M market cap company raised $2.5 million in January. President Jason Gigliatti indicated in the release that you haven’t seen the last of this Sienna in Sweden.

“We are pleased with the initial drilling results. We plan to continue to establish the origin of the positive indicators and focus on expanding the scope of the project in the summer.”

Healthcare isn’t usually something we cover, but moving venture stage stocks are, and two flat-lining Venture stocks grabbed a pulse over the past couple of days. Today’s story was $40M Theralase Technologies (TLT.V), who caught 4.69 million shares of volume (3200x their average) behind advancing a phase 1b clinical trial for a light activated drug that treats bladder cancer. The company has revenue and appears to deal in various forms of fiber-optic devices photon-activated compounds used for various things. This updated didn’t announce a conclusion of the trial or clinical results, just a non-recurrence in a 6th cancer patient over a 90 day period. TLT closed at $0.315, up $0.115 (+57.5%) on the day, making this oncology stuff look easy. 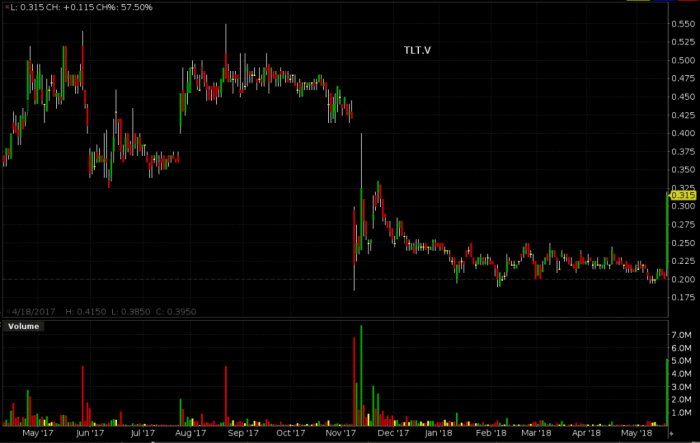 Theralase is trying to cure cancer with light.

Yesterday, the healthcare story was Ventripoint Diagnostics Inc, (VPT.V) who got approval for what we gather is a heart imaging device that uses 2D ultrasound to take a 3D image of a patient’s heart. This VMS+ device that just got the go-ahead is billed as an in-office version of an electrocardiograph machine (ECHO). So, instead of having to send a patient somewhere else for tests, GPs with the new gear can do one in house cheaply. VPT did 26 million shares on yesterday’s news – half of the 53 million that they list outstanding – and another 2 million shares today. VPT is up $0.04 over the 2 day period (+11.9%), closing today at $0.335.

Ventripoint may seek to use the FDA’s blessing to sell their new heart imaging machine to the enormous US healthcare market to sell some stock and raise some dough. The $15M market cap company had a $1.3M cash balance at the end of 2017, and will certainly need more than that to finance a budget capable of selling this machine in the US market. 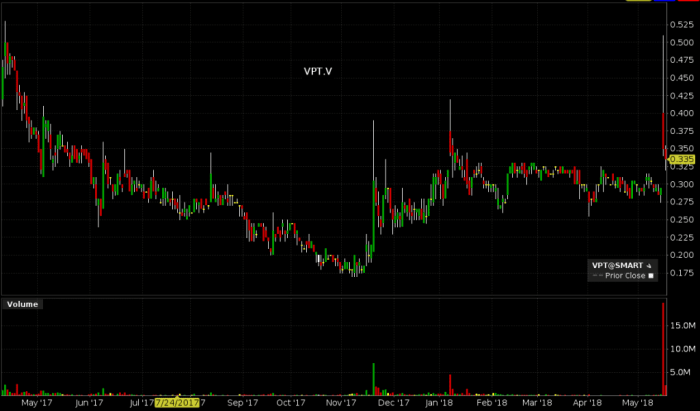 Cardiac imaging device maker jumped out of a flatline yesterday with FDA approval of an in-office ECHO machine.

VPT presents like the passion project of dedicated medical entrepreneurs. CEO George Adams’ bio boasts a history of “medical entrepreneurship” and stints at Boston Scientific, Pfizer and the Canadian Red Cross. He appears to be working for an accrual, which is usually indicates that the company at least believes what it’s telling people.

We’ll see if we can get more on this curious gaming and gambling market that’s trying to figure itself out tomorrow.