Here’s What Happened May 7th

Oil co’s lead the Big Board as Crude Climbs

The FP Editorial Department Has Given Up 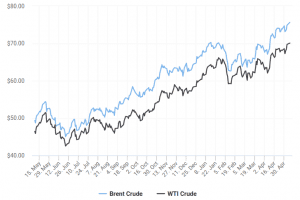 Brent and WTI price charts come from our friends over at oilprice.com

It Turns Out The World Runs On Energy

Accordingly, Athabasca Oil Corp (ATH.T), Cenovus Energy (CVE.T) and Baytex Energy (BTE.T) were 2, 3, and 4 in volume on the TSX big board behind Bombardier (BBD.B.T), who is somehow always doing volume and moving sideways.

Athatbasca and Baytex are the story here, up 30.8% and 32.78% respectively over the past month on strong earnings, upgrades by analysts, and the business-as-usual attitude that investors like to see from name brand operators in a high dollar commodity market. “Act like you’ve been there…”

Eager to prevent an additional climate catastrophe, the State of California is expected to vote tomorrow on legislation that would mandate that most new homes built in the state from 2020 onward be fitted with solar panels. There are exceptions for homes that don’t get enough sun, or that have roofs that are too small, but what’s the point of living in Cali if it isn’t in a big sunny house? 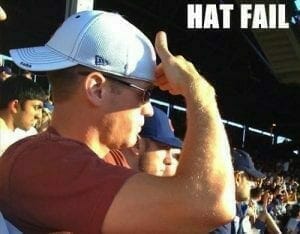 We’ve been keen on pointing out that for solar panels to be useful batteries are going to have to get a lot better, and the California Legislature appears to have that figured out too. The bill includes compliance credits for builders who install in-home batteries. Stay tuned to EG for more coverage of the the emerging energy metals sector.

Postmedia Isn’t Giving Its Readers A Lot Of Credit

The Financial Post’s lead story in the middle of all of this oil buzz basically hands over the headline and lead to the B.C. director of the Canadian Taxpayers Federation, Kris Sims, who thinks that the fact the BC Public Employees are shareholders of pipeline company Kinder Morgan through their managed pension fund represents “rank hypocrisy.” Perhaps unfamiliar with the fact that  independent managers of the a public employees pension fund making trades at the behest of the government to take advantage of potential policy moves would represent a blatant conflict of interest, the pearl-clutching Sims was given ample column inches by Post reporter Geoffrey Morgan to go on about how everything gets delivered in a truck and to proclaim the BC Government’s opposition to a pipeline (not) being built by a company that their staff’s pension fund owns a part of an offense just short of treason. The Canadian Taxpayers’ Federation are the same financially illiterate jackasses who used to drive around with an enormous clock showing the Canadian Federal Debt, while never mentioning the assets that underpin the debt, the income required to service it, or the split on that income (corporate tax vs. personal, etc.). 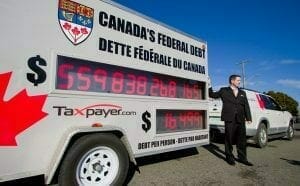 The CTPF would like you to know that the debt is “gettin’ really BIG, eh?” and that there’s no WAY they’d be able to drag this enormous odometer around without oil! So you should think about THAT next time you wanna go green, hoser!

Morgan got a quote from Canoe Financial’s Rafi Tahmazian, who explained that it’s a fund manager’s job to make money, not to drive political ideals, but only after he transcribed the pension fund’s 13F report and called it “data gleaned by the Financial Post.” We’re inclined to believe that Morgan just stuck a re-write of the CTPA media release to a picture of BC Premier John Horgan and the BCI’s oil holdings because it was on-topic and he wanted to make a tee-time, so we don’t want to be too hard on this working reporter. Our point is that allowing the one-note goobers over at the CTPA a context free rant is unbecoming to the pages of a national business daily.

Where Would You Be Without Your Car?

Autozone gets and keeps customers by giving them stuff that’s useful.

The ubiquity and necessity of automobiles appears to be the singular point driving the hydrocarbon-heavy policy narrative, and it isn’t without merit. Goldman Sachs added US auto parts retailer Autozone to its “convictions” list today, reasoning that the spring thaw after a cold winter is going to crack hoses and gaskets, sending home wrenchers to the parts counter. AZO was down $1.09 to finish at $648.85 (-0.17%), but we think there’s more to GS’ conviction than the weather.

Auto parts and home improvement are considered sectors yet-to-be disrupted by e-retailers, and their digital upsetting may eventually prove unattainable. Consumers don’t want the gasket they need to arrive by UPS in a day or two. The car is apart now, and checking the new part against the broken one is the only way to know for sure it will fit. Meanwhile, AZO has done an excellent job of managing their consumer facing web presence. Google the year and model of any car plus “wiring diagram,” and there’s a free copy right high up in the mix courtesy your friends at Autozone, with a handy map showing the nearest place that their friendly staff can help a customer get that fuse that keeps blowing and all of the impulse tools that they didn’t even know they needed. Autozone’s web marketing starts with an offering of something immediately useful to their core demographic, then uses it to build a relationship.

Beat Up, But Namastayin’ Alive

Meanwhile, in the Pot Market, Namaste Technologies (N.V) was once again the volume leader on the Venture. N was down $0.11 (-7.64%) to $1.33 on 11 million shares as they announced a partnership with something called “Ample Organics,” who claims to be “Canada’s leading seed-to-sale software platform.” Seeking Alpha analyst Grumpy Bear Research put them through a meat grinder the other day, pointing out that Namaste is a rollup of unprofitable businesses going after a fragmented market that they’ll likely be out-punched in. The Bear doesn’t think much of Namaste’s recent hand-over-fist dilution, and caps it all off by reminding us that the “concept and market creation through international e-commerce marketing channels,” that qualify Sean Dollinger to be the CEO of Namaste consisted mostly of a network of websites that sold knock off purses. 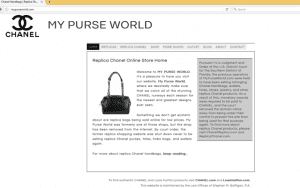 Grumpy Bear Research reports that knockoff purse seller mypurseworld.com, purveyor of knockoff handbags, is the former property of Sean Dollinger. Dollinger is currently the CEO of Namaste Technologies, who offer a “full range of high-quality products.”

Grumpy Bear Research goes pretty deep on Namaste, but our scepticism simple: what could they possibly be offering that consumers can’t do without? Autozone doesn’t use AI-supported sales-tech to spy on knucklebuster diy mechanics, then shove stuff down their throat. They have the wiring diagrams that their customers are looking for.

Ultimately, the retail and branding side of this business is going to come to grips with the same thing investors are realising about the cultivators: the country can only smoke so much dope. Today, people buy it in person, often at the time they feel like smoking it. Marijuana consumers may well wish to see the goods in person, try demo models, etc. The Tokyo Smokes of the world are competing heavily for urban storefronts to capture them. Even successful online suit retailer Indochino has popup stores that roll through town every once in a while to show their customers something tangible. We can envision a live coffee shop attendee spilling out for a glass bong or cool vape in a display case that’s just, “soooo rad, maaannn!” before we imagine them seeking one out on some off-brand amazon for weed.

Nevertheless, Namaste’s quest to become the sage of weed’s digital delivery continues. Like all great journeys, it will start with the sale of their first gram.

Toachi Mining (TIM.V) burst up into the volume traders on the Venture exchange today, trading 3.3 million shares to finish up a penny and a half (+12%) at $0.14. The company is exploring their way to an interest in a high grade VMS deposit in Ecuador by completing the necessary exploration and development, metallurgical work, etc. They’ve outlined 3.5M tonnes of indicated + inferred at the La Plata deposit, and figure the poly-metallic gold-silver-copper-zinc deposit at a 10.96 g/t gold equivalent (using a 2 gram per ton AuEq cutoff grade). 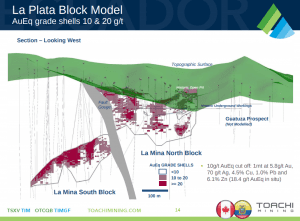 Sectional View of the La Plata deposit, operated by Toachi Mining, possibly the last microcap gold company who knows how to communicate visually, or at all.

Toachi is Jonathan Goodman company. The former head of Dundee Precious Metals and well known gold operator stepped out of Toachi’s president’s role to become its chairman at the end of January to make way for Alain Bureau, amid much fanfare about Bureau being the man for the job.

Goodman is only the CEO type for a company who’s trying to raise money, not one looking to put that money to work. He took over from former CEO Nick Tintor in September, and presided over a TIM slide through a stagnant gold market that just didn’t have time for 3 million tonnes in Ecuador. The market appears to like the Bureau appointment, reasoning that he will be able to get the most out of the $1M TIM has in the bank, and the $500,000 that Goodman’s investment management company recently put into it.

We’ve got a soft spot for high grade VMS deposits, especially ones in under-explored areas. We’re also fond of companies who can demonstrate an ability to articulate what they’re up to to the people who might be interested in their stock. On that measure TIM delivers. This company has a very presentable leading edge, and a well-organized, clean deck that explains what they’re up to clearly on both a quick look and a more detailed drill down.

Toachi is not an Equity Guru marketing client, but the author bought some this morning in the compulsion that comes to him when a volume trader with a high-grade resource is associated with a brand-name operator.

Look for more tomorrow on the latest blockchain and data company that we just can’t wrap our head around.