There were also hundreds of resource companies in attendance.  Six of them were short-listed for the Asia Pacific Mining Exploration Company of the Year:  Blackham Resources, Ceylon Graphite, CleanTeQ, New Century Resources, Novo Resources, SolGold.

The front-runner was Novo Resources (NVO.V) – a $690 million company with a monster gold asset in Western Australia.

But that’s not how it went down.

The winner was a $9.5 million micro-cap Ceylon Graphite (CYL.V), that owns most of the known graphite deposits in Sri Lanka – a country which-is-to-graphite as New Zealand-is-to-sheep.

“This is excellent news,” stated CEO Bharat Parashar after the ceremony, “The award speaks directly to the quality of the extensive exploration work the company has carried out in Sri Lanka…we are close to being able to bring significant new quantities of high purity Sri Lankan graphite to the market.”

We hate to tell the Hong Kong Mines and Money jury, “I told you so” – but we did.

On February 26, 2018 we wrote that “Ceylon Graphite is building a better mouse Trap.”

For a typical mineral extraction company, this is like saying, “I don’t have a driver’s licence – I’m not planning on getting one – but I’ll probably win the Indy 500 a dozen times.” 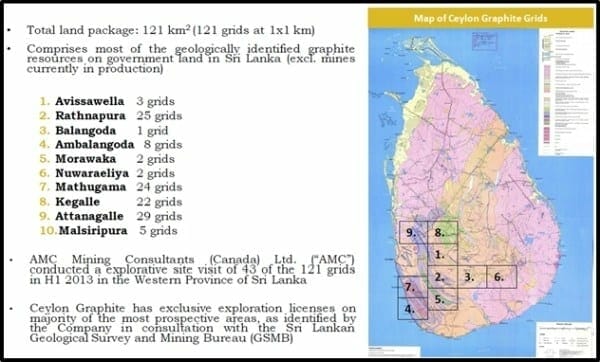 “To understand the method to Parashar’s madness – you need to know a little about the history and the geology of Sri Lanka,” we wrote, “A hundred years ago there were more than 200 mines in Sri Lanka and the country exported 33,000 metric tons of graphite – meeting 40% of the world’s demand.

The Sri Lankan miners dug in the mud metal claws.  When they hit rock – they stopped.

Needless to say, this left some graphite in the ground.  Ceylon plans to build numerous ultra low-capex graphite mines and chase the minerals with modern mining technology.

On March 22, 2018 CYL announced significant advancements at the K1and K2 sites in Sri Lanka.  The upgraded shaft has now reached a depth of over 190 feet.

There are now tunnels at several levels on either side of the main shaft. These tunnels have been cut through hard rock and form the basis of the previous mining operation at this site. 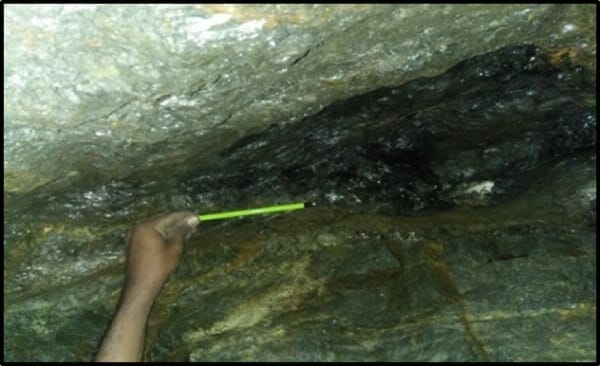 Ceylon Graphite also began drilling at its K2 site. Work has also commenced on obtaining a mining license for the M1 site.

“We are accelerating our work underground and are confident in our ability to become a near-term graphite producer of some of the world’s purest naturally occurring graphite,” stated Parashar.

In November, 2017 Chris Parry pointed out that Ceylon “owns a pair of drilling rigs, so they can drill all day, every day, at minimal outlay.  To dig any graphite out will be extremely cheap when compared to North American sources.”

Ceylon’s graphite is freakishly high grade, close to the surface, and already permitted for production. 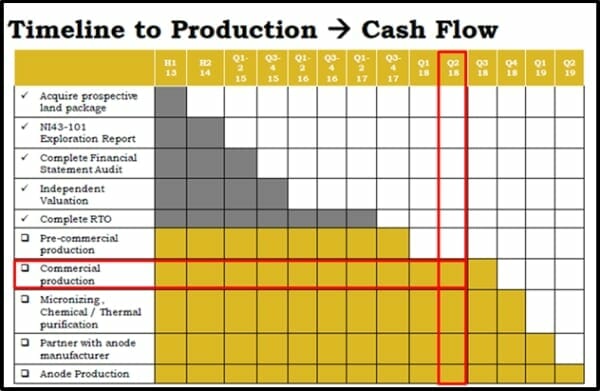 All this is the “pointy end” of the Ceylon story.

If “Industrial Minerals Flake 97% C, +80 mesh” doesn’t do it for you – how about a $6 trillion infrastructure project that is barrelling right down Ceylon’s highway?

China’s massive “One Belt, One Road” initiative was much talked about at the Hong Kong Mines and Money conference.

This project is going to re-arrange global trading routes.

Western investors have only just begun to wrap their heads around it.

While U.S. President Donald Trump dismissed the continent of Africa as a collection of “shit hole” countries, the Chinese have an initiated infrastructure initiative, linking China to Europe, India and Africa.

Sri Lanka has signed a $1.1 billion deal with China to develop the southern deep-sea port of Hambantota. 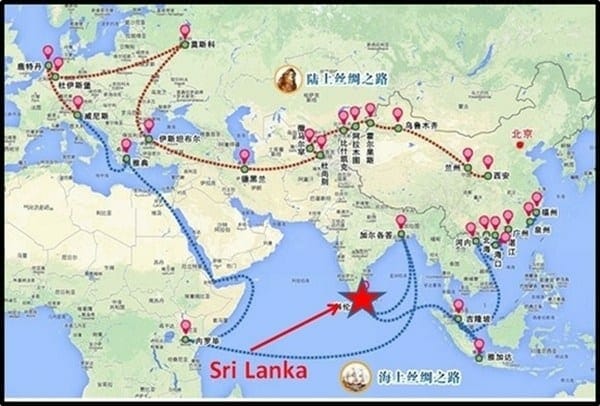 We rub elbows with a lot of CEOs.  The bright ones, with a plan – and the balls and to pull it off – usually stand out.

We believe Parashar is onto something.  It’s nice to see the mining community in Hong Kong agree with us.

FULL DISCLOSURE: Ceylon Graphite is an Equity Guru marketing client, and we own stock.