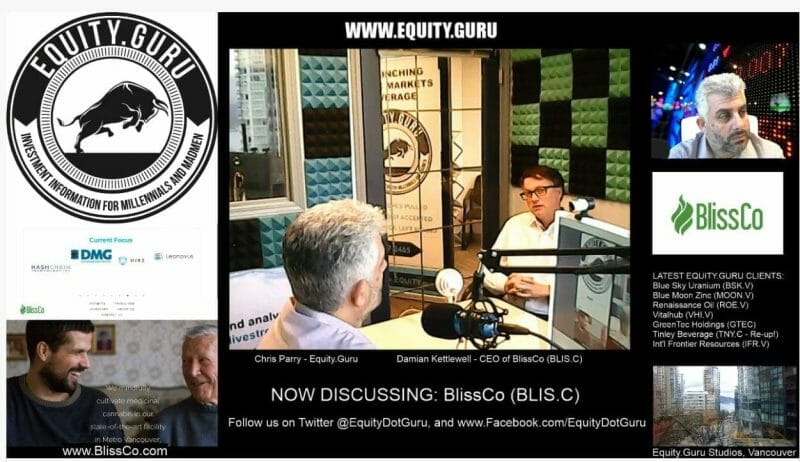 Yeah, I know. You wouldn’t have unless you were listening REAL hard. As a company, it’s been more focused on dealing with Health Canada needs and inspections.

BlissCo received their cultivation licence today. That should give the SP a boost next week. $blis #potstocks #acmpr

Sure should. This is what’s become known as License Friday (well, it would have been if tomorrow wasn’t a holiday). Health Canada has now put out around 90 licenses and has said they won’t be stopping any time soon.

This and many more interesting facts about getting a Health Canada growers license can be heard in our Twitch livestream with Blissco CEO Damian Kettlewell, which we did a few days ago.

In it, Kettlewell and I discuss his origin story as a fourth generation private liquor store owner, his patience and at-the-coalface education in navigating bureaucracy as he’s dealt with liquor boards, Health Canada inspectors, and now financial markets regulators, and his plans going forward which involve less massive grow operations and more sourcing good weed, branding it appropriately, and using his network and background to get it into wide distribution.

BlissCo is only newly listed on the markets and will likely go on a run next week as folks figure out not just that they are an LP, but that the guys behind it have been in integral part of bringing the applicant world forward.

I love it when a plan comes together.

FULL DISCLOSURE: I have no commercial arrangement with any company mentioned in this article.