Gold stock investors are dealt precious little respect in today’s market. If you’re a gold bug… Fugget about it.

One would think that with the profusion of global economic and political shock-waves we’re currently experiencing – with bond yields and general equity prices all over the proverbial map – gold would be asserting itself with tremendous force and conviction. Some believe that gold should be doggedly pressing the highs right now, highs we witnessed a half dozen years ago.

Depending on who you talk to, the explanation for the underperformance of gold varies from the ‘Barbarous Relic‘ argument, to deeply impassioned beliefs that the yellow metal is in the grips of an organized price suppression campaign, one being carried out by a number of central banks around the globe… a deep state or ‘cartel’, if you will. Careful when choosing who and what to believe. You may be required to make a few adjustments to your wardrobe. I believe it’s only a matter of time before gold begins to assert itself with vigor. When it finally does begin testing and breaking through those psychologically important round numbers, like $1400.00 and $1500.00, the stocks are where you are going to want to be. The producers’ will offer good leverage to a positive and sustainable breakout in the metal, but the smaller stocks – those with economic ounces in the ground – will ratchet higher, trading many multiples above their current levels.

Cabral Gold (CBL.V): I’ll just come right out and say it: I really like this company. Cabral’s operations are based in the prolific Tapajos district in northern Brazil. 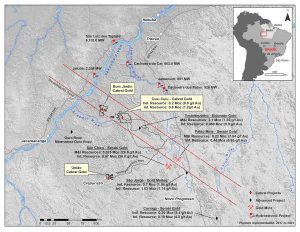 A placer mining region is a deposit of sand or gravel in the bed of a river or lake, containing particles of valuable minerals. The tapajos district is the largest placer province in Brazil, and the 3rd largest in the world. This was also the scene of THE largest gold rush on the planet between the mid-1970’s and the mid-1990’s. The district is estimated to have produced somewhere between 20 and 30 million ounces of gold – that’s somewhere between 600 and 900 metric tonnes of the shiny stuff.

Is it just me, or does that seem a lot of gold? 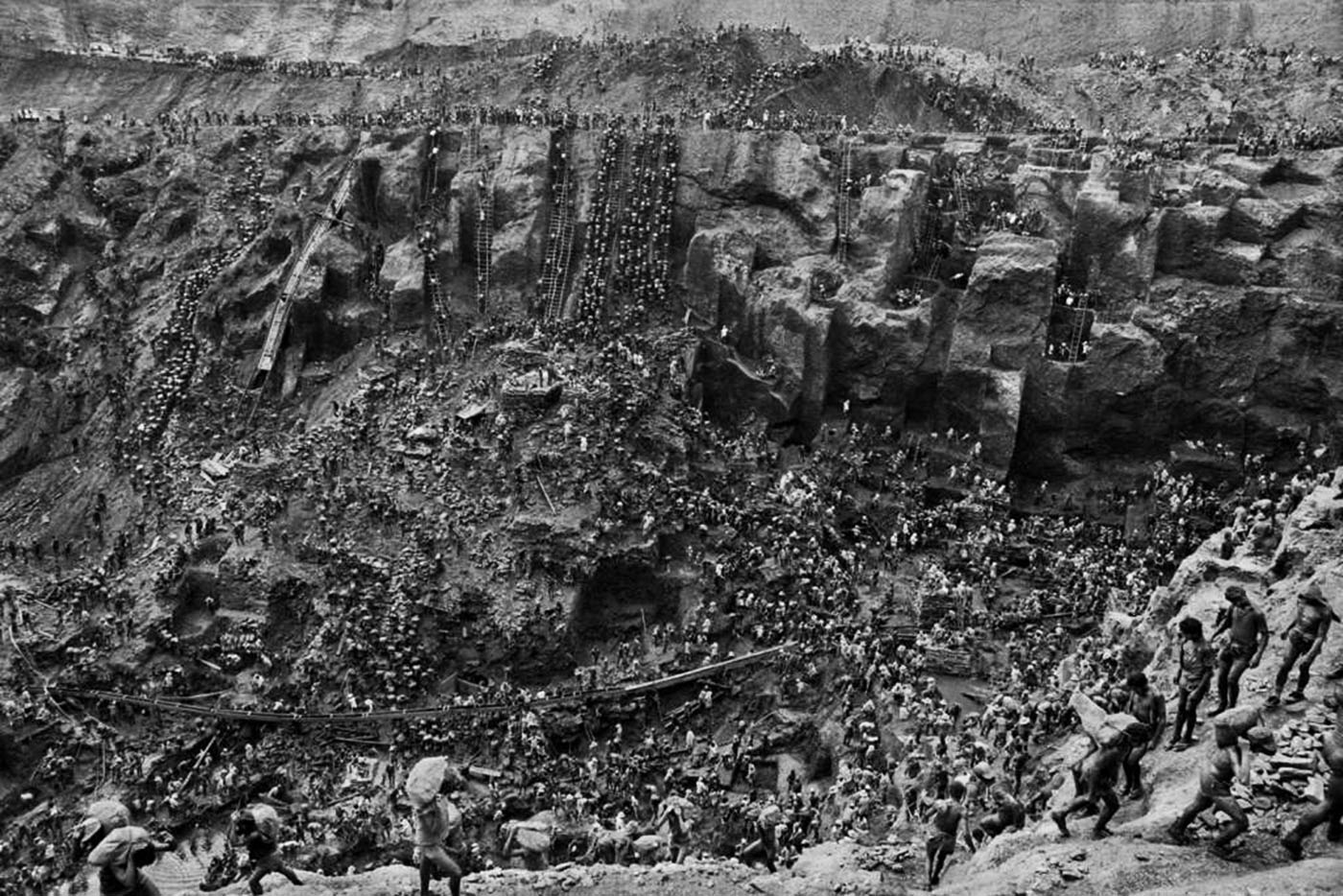 One might think that a northern Brazilian project like this would be isolated with only limited ground access. Not true in this case. The main north-south BR-163 federal highway which leads into the area has been paved and is about to go 4-lane. From the BR-163, Eldorado has built a new road leading to their Tocantinzinho gold deposit – that takes us within 25 kms of Cuiú Cuiú. A good spur road leads directly into Cabral’s project area from there.

Aside from good road access, 5 new dams are planned on nearby rivers. Together, these dams will generate a total of 10,682 Mw. ‘Infrastructure rich’ – that’s how I’d characterize the region. 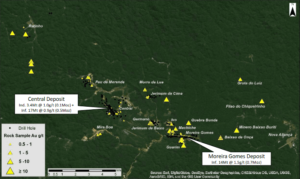 There’s a number of interesting elements to speculate over regarding Cabral’s property package. It’s estimated that Cuiú Cuiú produced between 1.5 and 2 million ounces of placer gold historically. That’s a fair volume of alluvial pay. This aerial shot capturing both Cuiú Cuiú deposits shows how extensive the area has been worked by placer miners. Note the multiple areas of ‘unexplained placer workings‘. ‘Unexplained Placer Workings’… that implies mystery; it implies yet-to-be-detected sources… it implies further exploration/discovery upside. 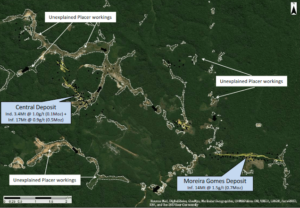 Generally speaking, rich placer areas can often be traced back to a hard rock (or lode) source. It sometimes takes a fair degree of geological sleuthing to pinpoint these hard rock sources, but judging by the widespread placer workings in the area, Cabral should have additional gold-rich structures to probe with the drill bit. The potential payoff: multiple ore bodies and a significantly larger resource to boast at Cuiú Cuiú. That’s my thinking anyway.

Infill soil sampling was a key exploration tool in the discovery of all 3 deposits in the area – Cabral’s 2 Cuiú Cuiú deposits, and Eldorado’s Tocantinzinho deposit. Additional soil sampling is currently in progress at Cuiú Cuiú.

Cabral is also in the midst of an aggressive trenching program with a minimum of 2.5 kms planned. Trenching gives us a peek at what lies immediately below the surface – it can be a very effective tool to help hone in on deeper mineralization.

Drilling is scheduled to commence in mid-2018 after all soil sampling and trenching results have been compiled and reviewed. A minimum of 8,000 meters of drilling is planned. The goal of this program is ‘resource expansion’ (this is precisely what a speculator like myself wants to hear). Management appears determined to grow ounces at Cuiú Cuiú.

The drill results listed in the next paragraph will likely be followed-up on in this upcoming drill program. There are also a number of high-grade surface results that have yet to be tested with the drill bit. These include:

That’s some nice surface material to work with.

The 2011 resource for the 2 deposits at Cuiú Cuiú, Central and Moreira Gomes, was based on nearly 26K meters of drilling. A new resource estimate, one incorporating 22K meters of additional drilling, most of which stepped-out from the 2 main orebodies, is set to be tabled during Q1 of 2018. Well gosh-golly-jeepers ya’ll… that’s any day now. Select results from that step-out drilling include:

These are the kind of results that tend to grow ounces.

The obvious near-term catalyst is the new resource estimate, which is due any time.

Results from the 2,500-meter trenching program should begin trickling in over the coming weeks/months.

Another potential catalyst could come from Cabral’s neighbor: Eldorado is awaiting final permits and the completion of a development project review for their Tocantinzinho gold project. Positive news on both of these fronts could spill over into the Cabral market (development capital spending at Tocantinzinho is estimated to be $8 million this year btw).

Last but not least, an aggressive summer drilling program promises to put a lot of eyes on this corner of northern Brazil.

One potential scenario that shouldn’t be dismissed, especially if Cabral succeeds in tabling an unexpectedly fat resource estimate in the coming days, is the possibility of a takeover by a resource-starved producer – I doubt there’s a single producer on the planet that isn’t feeling the hunger right now. 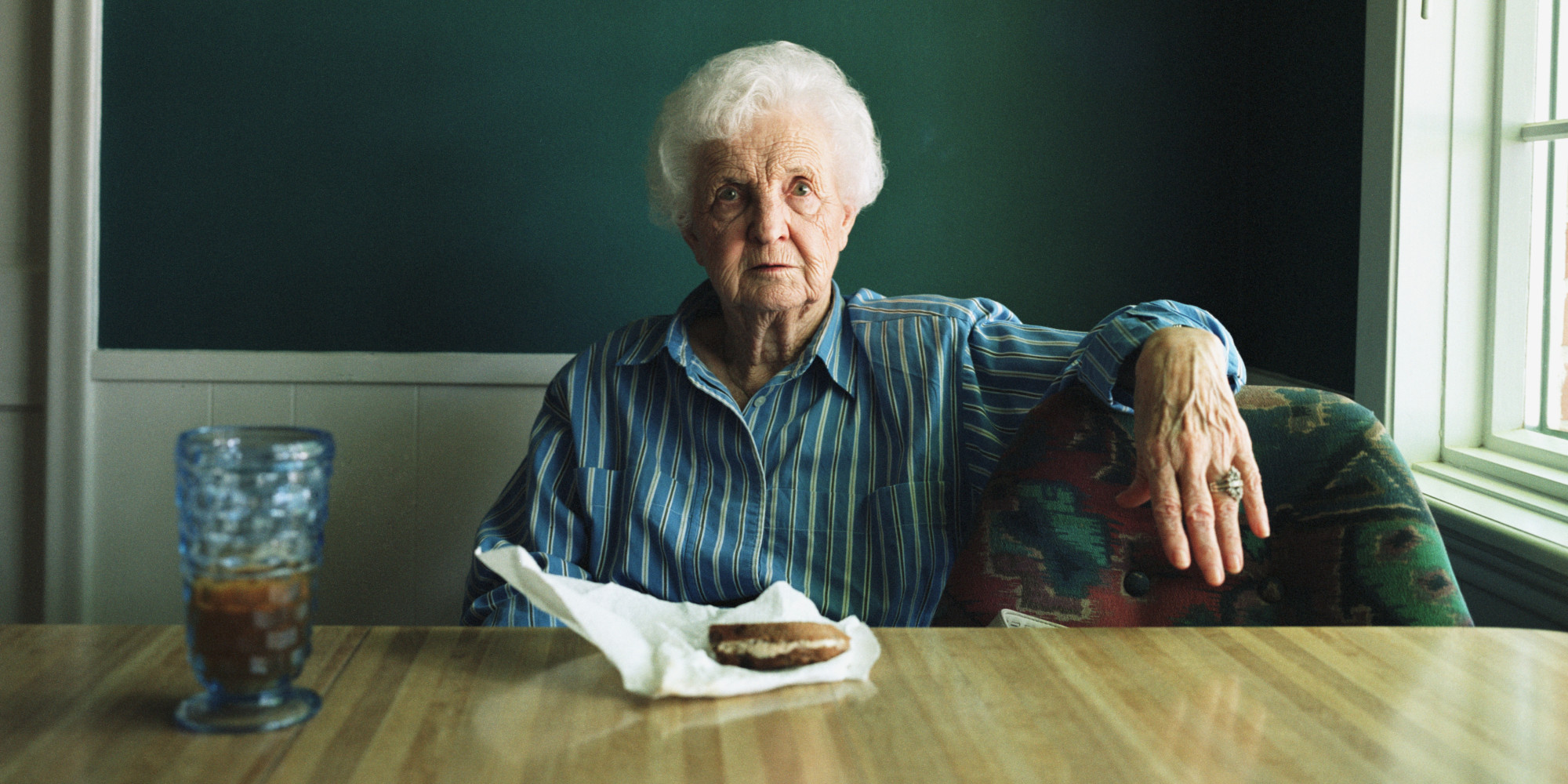 The brutal bear market of the last 6.5 years forced producing companies to dramatically scale back exploration spending. This has resulted in a dearth of new discoveries. The average producers’ reserve base – their mineral inventory – has been greatly depleted. This sets up an interesting dynamic for companies like Cabral. In my mind, the company is sitting duck for a predatory producer (that can be a good thing for shareholders btw)

It’s not often that you find a company, in this day and age, with 1.3 million ounces in the ground and a cap-structure this tight… 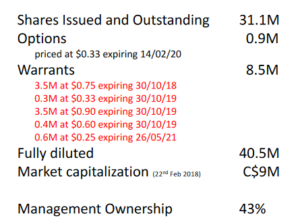 The company also has approx $4 million in cash. With a market-cap of C$9 million, that breaks down to an enterprize value of C$5M, or a mere C$3.85 per ounce. This company is cheap. Uber cheap imo. Also, note Management Ownership currently sits at 43%. That’s what I call skin-in-the-game.

While on the topic of Cabral Management, CEO Alan Carter – a 25-year mining man with Rio Tinto and BHP Billiton on his resume – was a director and co-founder of Peregrine Metals, a company which in 2011 sold to Stillwater Mining for US$487 million. Carter is also the founder and CEO of Magellan Minerals Ltd, and co-owner of a 3.5% NSR on Eldorado’s Tocantinzinho gold project.

Timing is everything in the gold exploration arena. Some people prefer to wait until important news drops before laying their money down. I can appreciate that. It’s the safe play. I’m more of a risk taker though, especially when the downside appears limited. I just don’t see much downside risk in CBR at current levels.

My best guess regarding CBR’s share price going forward: it won’t be lingering at these levels much longer.

Full Disclosure: the author does not own shares in Cabral Gold.