According to CRU – a global metals and mining research house, the famed cobalt deficit is over as Glencore’s (GLEN.L) refurbished Katanga copper mine in the Democratic Republic of Congo (DRC) is coming back on line with a new “super-charged cobalt extraction circuit”.

Katanga is no ordinary little mine. 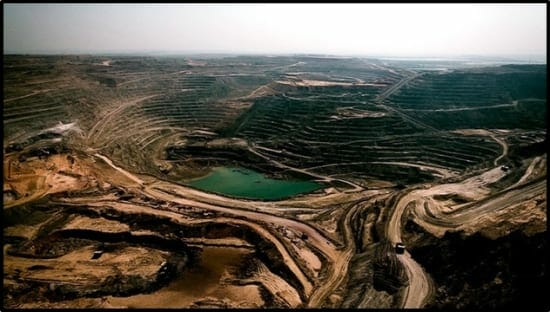 Within a couple of years, Katanga will be meeting 25% of global cobalt demand – producing cobalt as a by-product of copper.

Should non-DRC cobalt juniors be shooting themselves in the head?

As it turns out, the spot price of cobalt doesn’t give two hoots about the Katanga re-boot. 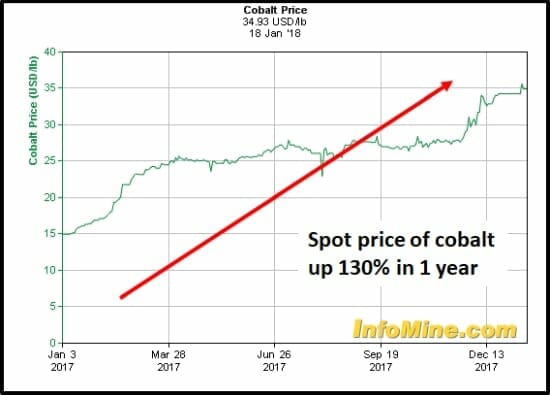 According to CRU, the excess cobalt supply will be sucked up by “big future consumers of cobalt like automotive companies, tech companies and battery manufacturers” that will choose to stockpile cobalt.

In fact, the reopening of the Katanga mine may be a stock price catalyst for cobalt juniors.  Because it increases dependence on the DRC – which has well-publicized political and child labour problems. 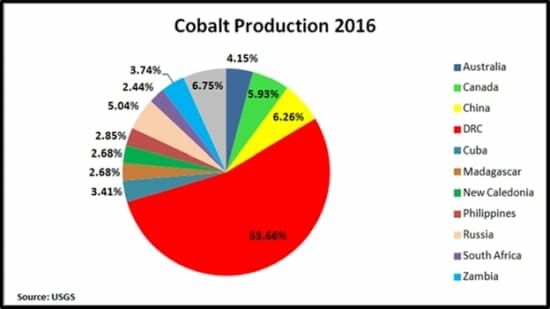 At Equity Guru, we follow the cobalt space closely, and we’ve identified a few good projects in Ontario, and a new project in Scandinavia.

On Dec. 07, 2017 First Cobalt (FCC.V) announced that it has purchased four mining claims located in the Ontario Cobalt Camp, near the past producing Caswell mine.

On January 16, 2018 FCC announced a $7 Million Exploration Program that includes 26,000 meters of drilling on 13 different targets. 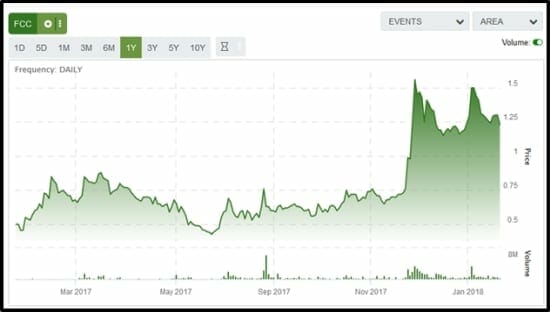 Cobalt Power Group (CPO.V) has completed the purchase of four separate blocks of mineral claims owned or leased by Canadian Cobalt in the South Lorrain and Lorrain Townships.

“The price of Cobalt Power Group (CPO.V) ramped up 20% in early trading Monday after the company dropped news that Hochschild Mining (HOC:LON) has agreed to buy into the Canadian cobalt explorer for a minimum of US$500k.

The deal, which comes in no small part from the fact that CPO CEO Andreas Rompel worked for Hochschild for a lot of years, in Peru, Mexico and Chile, establishes Cobalt Power Group as a larger player than their (now) $8 million market cap would suggest.”

The 16-hole, 2306 m, Phase 2 drill program has been completed and the drill core has been logged, sampled, and shipped to AGAT Laboratories in Timmins, Ontario.  The results will be released once the Company has received them and the QA/QC process has been completed. 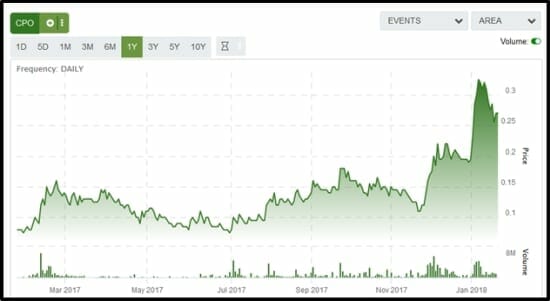 In 1983, a newly-graduated metallurgical engineer named Frank Basa got a job working at the Castle Silver Mine in Ontario – then operated by Agnico Eagle (AEM.TSX).  The mine was situated about 80 kilometers northwest of the historic Ontario Cobalt camp.

The three shafts of the Castle Silver Mine were held by different companies over the years.  Some of the shafts are connected via tunnels.

On January 19, 2018 CSR announced that it will be changing its name to “Canada Cobalt Works” to “more accurately reflect CSR’s primary focus in Canada’s premier cobalt district”. 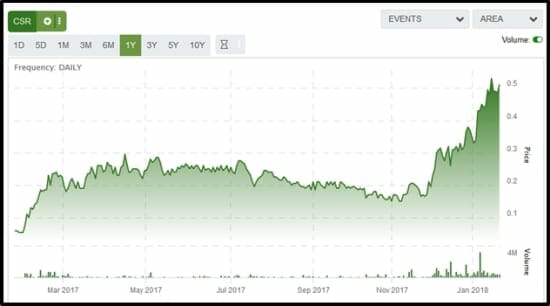 Boreal Metals (BMX.V) first got on our radar two weeks ago.

We were impressed with its 4 VMS deposits, containing rich veins of copper, zinc, gold and silver.

The beauty of VMS deposits is that multiple metals (zinc, gold, copper, silver) can all be found in the same deposits.  So they function as single-deposit diversification investments.

As we said at the time, “Boreal Metals isn’t so much “unloved” as “unknown”.

A week later, BMX announced the execution of a definitive agreement with EMX Royalty for the acquisition of the Modum Project, surrounding southern Norway’s historic Skuterud Mine which was Europe’s largest and highest grade producer of cobalt though the nineteenth century.

“The Modum Project includes an impressive 12,000 Ha with 12 kilometers of cobalt prospective geology, with stand-alone mining potential,” stated President and CEO Karl Antonius.  “Boreal is excited about the timely acquisition of a high grade cobalt project within an emerging battery production sector in the Nordic Region.”

Since we first wrote about BMX two weeks ago, the stock price has risen 28%. 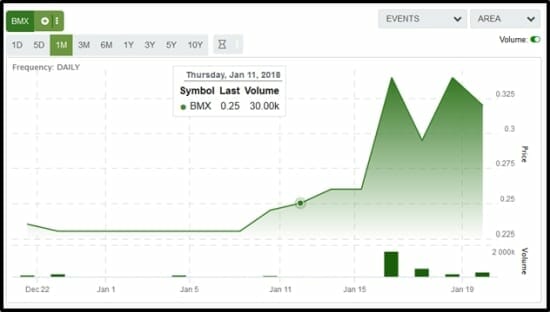 As we recently pointed out, Energy Metals is a good place to be.

Much of the world’s cobalt comes as a by-product of nickel.  Nickel is currently about $10,000 tonne, tied to stainless steel demand.

Until then, though they may not rival Katanga for size, the world will look to North American and Scandinavia projects for clean local cobalt supply.

Full Disclosure:  FCC, CSR, CPO and BMX are Equity Guru marketing clients.  We also own stocks in these companies.