BMX is focused on the discovery of Zinc, Copper, Silver and Gold deposits in four project areas spanning Sweden and Norway.

Boreal Metals isn’t so much “unloved” as “unknown”.

The Equity Guru crystal ball gets a B minus.

Yes, the change came – and quickly – but not in way we predicted.

BMX has picked up a major cobalt project in Norway.

After three hours of trading, the market appears to like the acquisition. 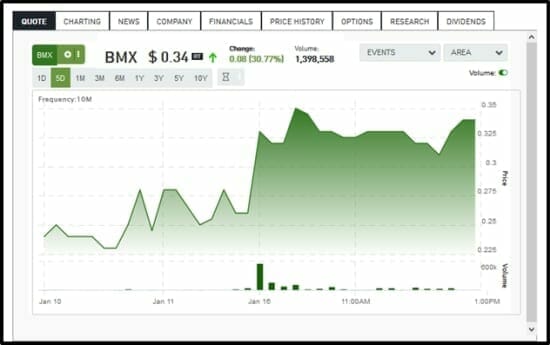 As we recently pointed out, Energy Metals is a good place to be; there’s a high velocity of money moving there now.

“The Modum Project includes an impressive 12,000 Ha with 12 kilometers of cobalt prospective geology, with stand-alone mining potential,” stated President and CEO Karl Antonius.  “Boreal is excited about the timely acquisition of a high grade cobalt project within an emerging battery production sector in the Nordic Region.” /em> 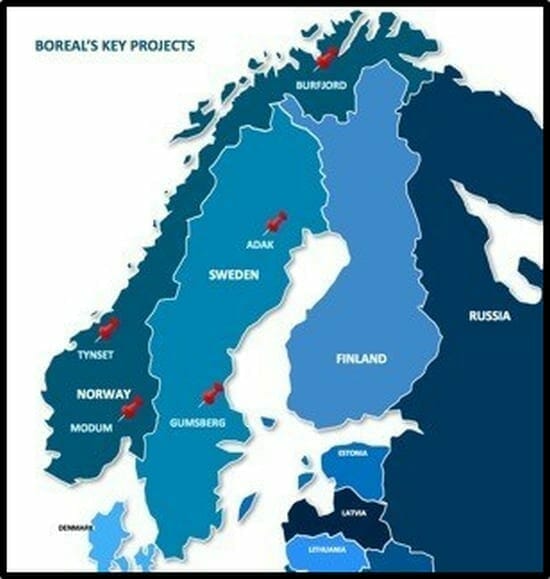 Cobalt is a critical ingredient in lithium-ion batteries.  Currently, 65% of global cobalt supply currently comes from the DRC.

But there are endemic child labour problems in the DRC, which is causing companies like General Motors (GM.NYSE), Apple (AAPL.NASDAQ), Toyota (TM.NYSE), and Ford (F.NYSE) – to look for alternative supplies of cobalt.

Cobalt is in a perfect storm of surging demand and constrained supply.

The Nordic region is host to 26 active mines and seven smelters.

Lithium-ion batteries are a global phenomenon. If you can mine cobalt ethically and economically, you can sell it almost anywhere there are battery factories.  But the location of Boreal’s cobalt project is

Nearly a third of all new cars sold in the country this year will be a plug-in model – either fully electric or a hybrid – and experts expect that share to rise to as much as 40% next year.

Norway is a glimpse of what’s in store for the UK, where electric vehicles are nearing just 2% of new car sales but registrations are growing at a fast pace, up 38% this year so far.

As an example of Scandinavia’s battery-forward policy, Northvolt AB will be building Europe’s biggest battery factory in Sweden.  Northvolt CEO Peter Carlsson believes that the Swedish plant will rival the scale of Tesla’s Nevada desert Gigafactory.  Northvolt has stated it intends to purchase cobalt from local sources.

The 13,115-hectare Modum Project is located about 75 kilometres west of Oslo, Norway.  Year-round access, road, rail, power, and skilled labour.  “The property position surrounds an inlier of exploration licenses held and explored by third parties that partially cover the historic Skuterud Mine.” 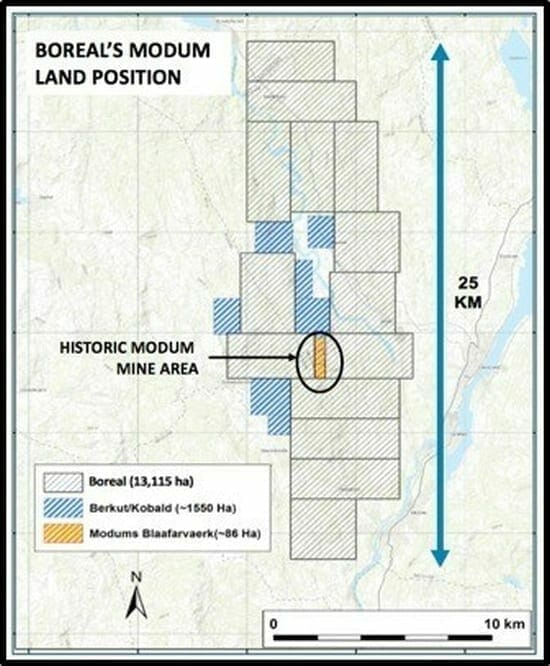 Historic production from the Skuterud Mine is estimated about a million tons of mineralized material, with significant copper and gold.

The broad strokes are this:  a significantly undervalued zinc, copper, silver and gold company named Boreal Metals just added an energy metal project in a geological and political environment they already have expertise in.

Full Disclosure:  Boreal Metals is an Equity Guru marketing client, we also own shares in the company.