Potash was the stock market darling as the last commodity cycle from 2006-2011 was coming to a close. There were many companies financed at huge premiums before the cycle burst.

One of the aforementioned companies, which IPO’d at $1.00, a share in 2012 was a company called Potash Ridge Corp.

In December of 2012, they successfully raised just shy of  $15 million at a dollar a share. The stock began to trade and it immediately began to drop over 2013 to about a low of near $0.10 a share. 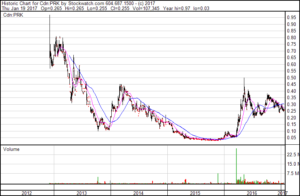 Nothing inherently changed in the company other than investor perception.

Take note of the above chart and you can see the shares of PRK languishing through most of 2015 around $0.05 like most of the mining juniors did on the TSXV.

Then 2016 happened, commodities began to turn with gold making a comeback in January. Look at the January/February movement on the chart which coincided nicely with the start of a new commodity cycle.

Now that 2017 has hit, juniors are eyeing up a year of activity and Potash Ridge is positioning itself to charge ahead.

This week, Potash Ridge (PRK.T) amended their development plan for the company’s surface mine at Blawn Mountain Project located in the state of Utah when the Canadian miner announced the completion of an independent technical report for the Project.

PRK.T is a near term producer of premium fertilizer with world-class development assets in Utah and Quebec.

The company also has the unique opportunity at Blawn Mountain of developing a mine and processing facility for the production sulphate of potash “SOP”. SOP is a premium priced, low-chloride potash fertilizer.

Great, but what the hell is potash? The word “potash” is a general term that most frequently refers to potassium chloride (KCl), but it also applies to all other K-containing fertilizers, such as potassium sulfate (K2SO4, commonly referred to as sulfate of potash, or SOP).

The Utah Blawn Mountain property is a deposit of Alunite KAl3 (SO4)2(OH)6, which is a sulfate mineral ore used as a source of potash or for making alum. Alum is the hydrated form of potassium aluminum sulfate, in case you’re interested. I’m only explaining this, because alum figures later in the story.

The 43-101 compliant technical report I mentioned at the top of the story was compiled by Millcreek Mining Group for Potash Ridge, and summarizes an updated prefeasibility study performed on Blawn Mountain by Milcreek and Resource Development Inc.

This report is a follow-up to a Technical Report filed in December 2013 and dials back annual production while maintaining robust economic returns.

Highlights from the most recent report included proven and probable mineral reserves of 153 million tons supporting a 46-year mine life with an installed potassium sulphate capital cost of $548 million.

The report also outlines an unlevered after tax internal rate of return of 20.1% on an average operating margin of $135 million per annum during the first 10 years with a life of mine average of $172 million per annum.

NPV after tax is projected to hit $482 million using a 10% discount rate.

However, many producers are of the mind that the potash slump has finally hit bottom. They may be right. North American production of potash in Q3 2016 was down 22% from Q2 2016 and 19% below the previous year.

Then you have domestic sales in Q3 2016 up 42% from the previous year. All of this points toward a positive shift in supply versus demand.

However, producers must remain prudent at present and Potash Ridge has done just that with its production amendment at Blawn.

Even though they’ve pulled back annual production figures approximately 40% from the technical report that was originally released in 2013, the company remains dedicated to achieving the production rate initially contemplated in said report.

Potash Ridge is also de-risking the venture by adding an alumina extraction aspect which could help monetize the residual waste generated from mining at Blawn, potentially making the Canadian miner the lowest cost producer of potassium sulfate in North America.

“Through process improvements utilizing known technologies, we have managed to update the 2013 technical report to a capital cost that is more attractive given today’s market conditions and to an initial production rate that can easily be absorbed into the North American market without impacting economic returns.”

“Blawn Mountain has already secured its large mine and other permits and water rights. With completion of this technical report, our next steps will be to secure a fixed-price engineering, procurement, and construction contract, raise construction capital, and finalize commercial arrangements, with a target of commencing project execution this year.”

Sounds like all systems go in a brightening marketplace as Bentinck confirmed, “Potassium sulphate continues to demonstrate strong long-term fundamentals in North America and worldwide. Demand for soluble potassium sulphate is anticipated to increase significantly as growers convert to drip, microsprinkler and precision irrigation systems as a result of continued and growing emphasis on efficient and effective use of water resources in California and other North American agricultural markets.”

He then concluded, “We anticipate that our ability to produce crystalline, high-purity soluble potassium sulphate will target this underserved and growing market.

In the end, Potash Ridge has weathered the storm and with its amazing properties and expert management, investors could see an incredibly fruitful 2017. Pun intended.

FULL DISCLOSURE: Potash Ridge is a client of EQUITY.GURU 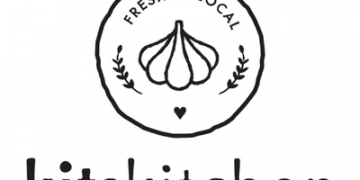