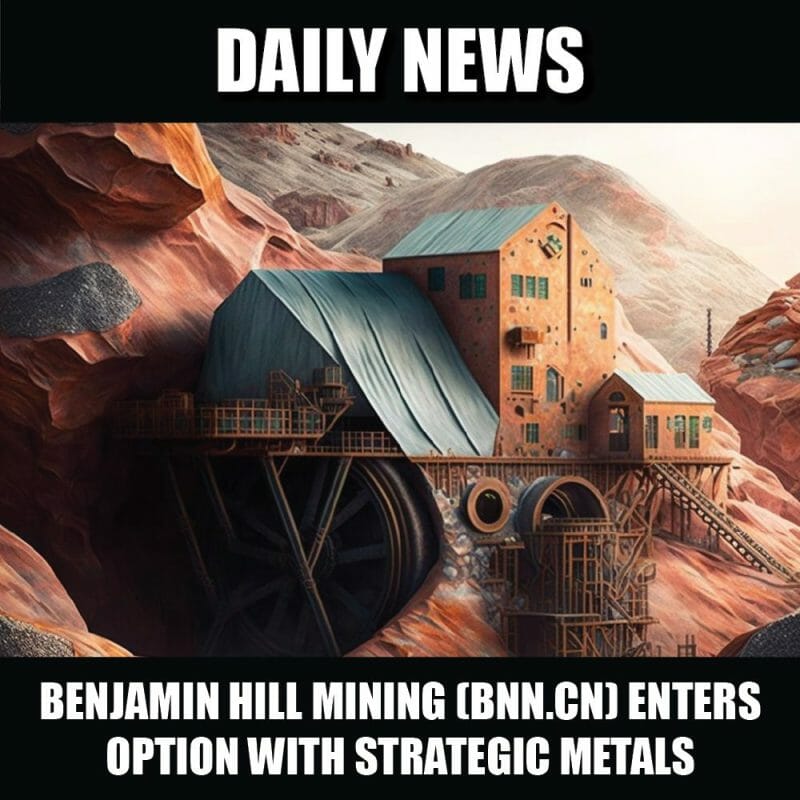 Benjamin Hill Mining (BNN.CN) is a Canadian junior explorer focused on projects in Mexico. The company’s Sonora Gold project is in the Caborca Gold belt and is in close proximity to Magna Gold Corp’s San Francisco mine.

Today, the company announced that Strategic Metals (SMD.V) has signed an agreement granting Benjamin Hill Mining an optional right to earn an undivided 60% joint venture interest in the Alotta Project located in the Whitehorse Mining District in the Yukon. 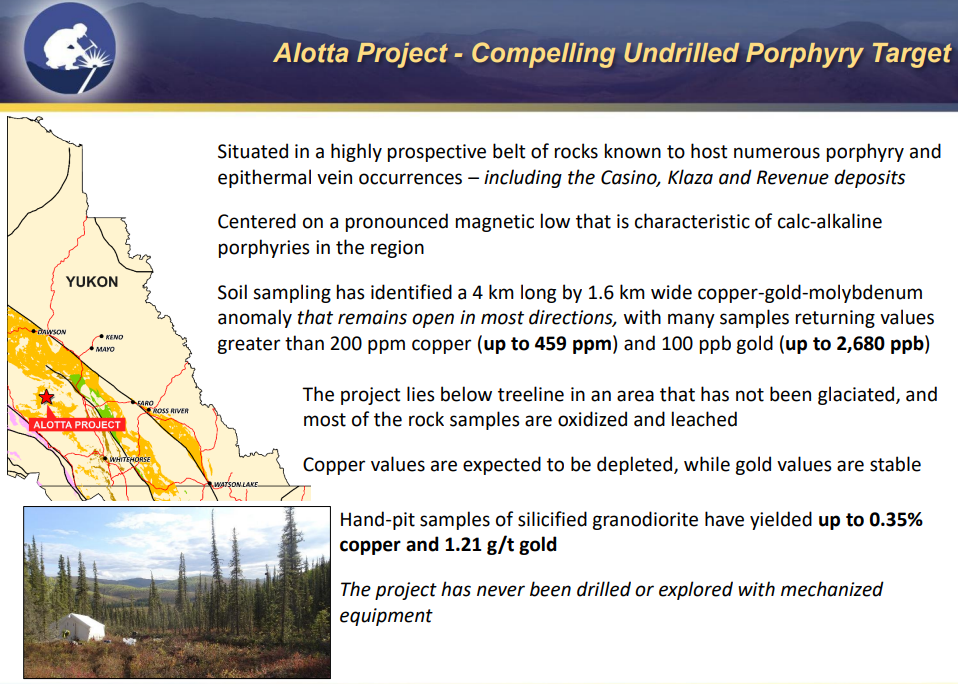 The Alotta Project hosts an un-drilled porphyry prospect that is situated in a similar geological setting and in close proximity to Western Copper and Gold’s Casino Deposit. Alotta is marked by a pronounced magnetic low that coincides with a strong, multi-element soil geochemical anomaly.  The property is permitted for advanced exploration and only requires an induced polarization survey prior to any drill testing. 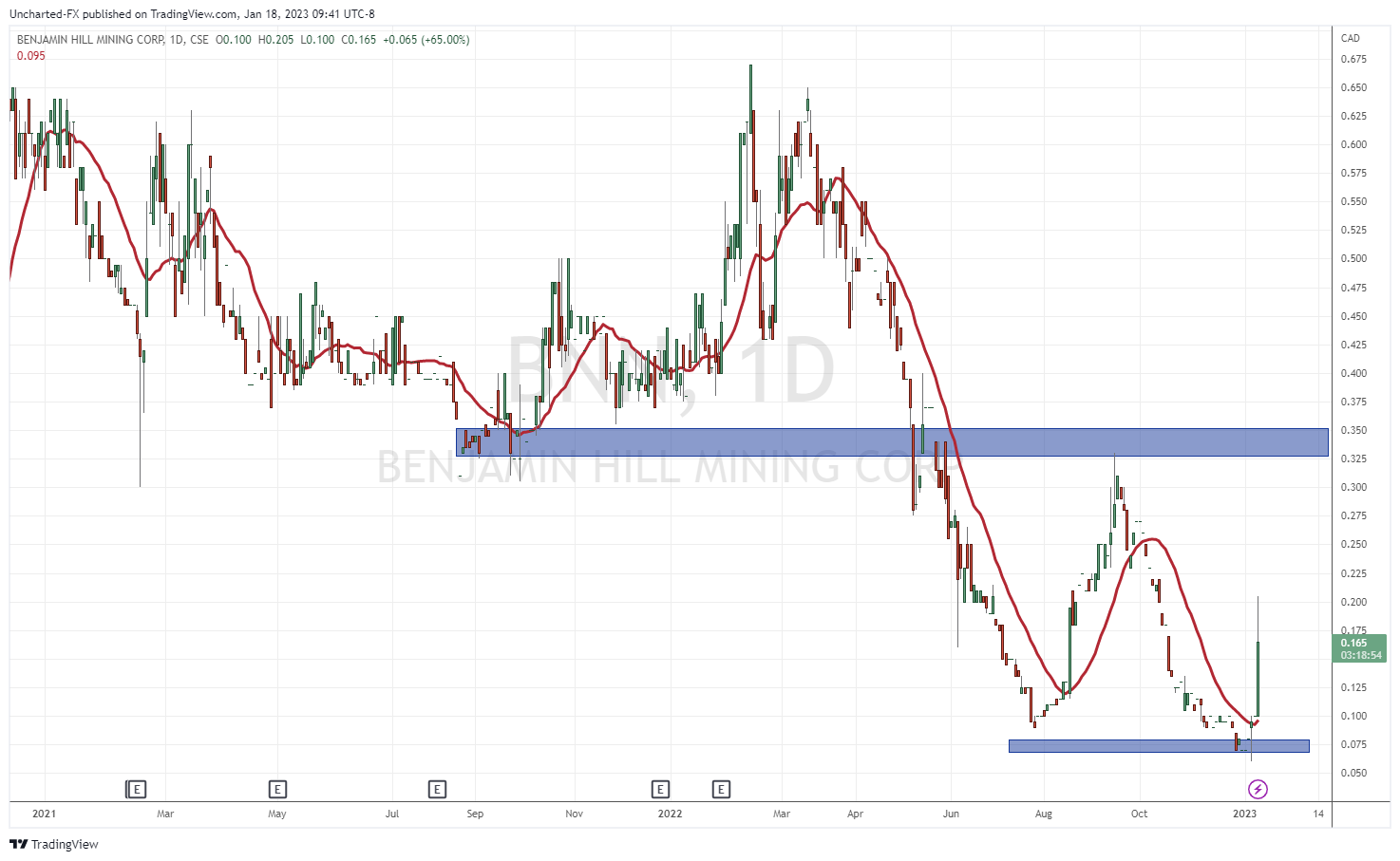 The stock itself shows an interesting bottoming pattern with a nice range developing at $0.075 and a nice hammer candle printed the day before this news.