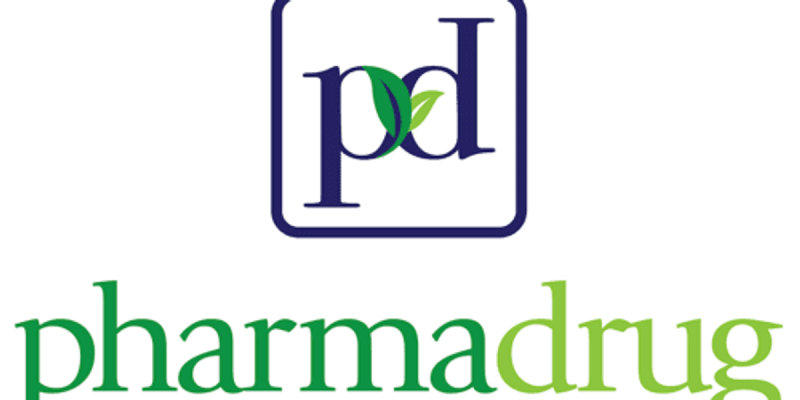 The results of the test are good. It’s proven that there’s potential there for treating different types of cancer, including esophageal, colorectal, liver and skin cancers. The next step is for the company to allocate resources to push PD-001 onto the FDA investigational new drug enabling studies to support the first two phases of clinical trials.

“Although cepharanthine is described in scientific literature as a potential cancer therapeutic, we did not expect to see the noted significant growth inhibition in difficult to treat cancers. Cepharanthine is on its way to establishing itself as a once per day, oral anti-cancer therapeutic with a well-established safety profile which will pave the way for an expedited clinical development pathway and future partnering opportunities with pharmaceutical companies,” said Daniel Cohen, CEO of Pharmadrug in a press release.

Pharmadrug is a pharmaceutical company focused on research, development and sale of drugs and natural medicines like psychedelics, cannabis and natural and approached drugs. In this case, cepharanthine fits right into their purview. Outside of sounding like one of J.R.R Tolkien’s elves, it’s a product and approved drug that’s been used for over seven decades in Japan to handle a number of acute and chronic diseases. It’s known for having a long list of positive effects, including anti-oxidative, anti-inflammatory, immuno-regulatory, anti-cancer, anti-virtual and anti-parasitic properties. But the only stumbling block thus far is its low bioavailability.

If you’re not sure about the difference between clinical and preclinical studies, then an easy rule to remember is that preclinicals are done on animals with a high enough DNA comparison to our own before they move onto clinicals, or human trials. Here’s where feasibility, iterative (or repeat) testing, and drug safety data are compiled before being being sent off to the FDA (or Health Canada) to get the nod for clinical testing.

The results of BUZZ’s preclinicals discovered that twenty of the sixty cancer cells lines screened slowed cancer cell growth by at least fifty percent when exposed to cepharanthine levels that human beings can tolerate. Some of these were equal or even better at slowing cancer cell growth than the presently accepted treatments for colorectal, liver and skin cancers.

These results should be enough to get Pharmadrug’s cancer program through to the next step, investigational new drug (IND) enabling studies in support of their human clinical trials. These will likely include an in vitro efficacy study to determine if cepharanthine can add any benefits to existing care methods, and in vivo efficacy studies to get more information on how to reduce risk in future clinical programs.

Here’s what they’re doing next after the study:

The test displayed that esophageal cancer was the most effected of all the sixty cancers examined. Cepharanthine slowed the growth of cancer cells by 99.96% at the top concentration tested and displayed five-times greater potency than cisplatin, the chemotherapy most commonly used to treat said cancer. 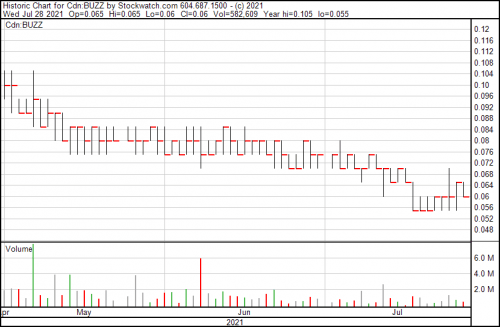 BUZZ is down half a penny today and presently trading at $0.06. 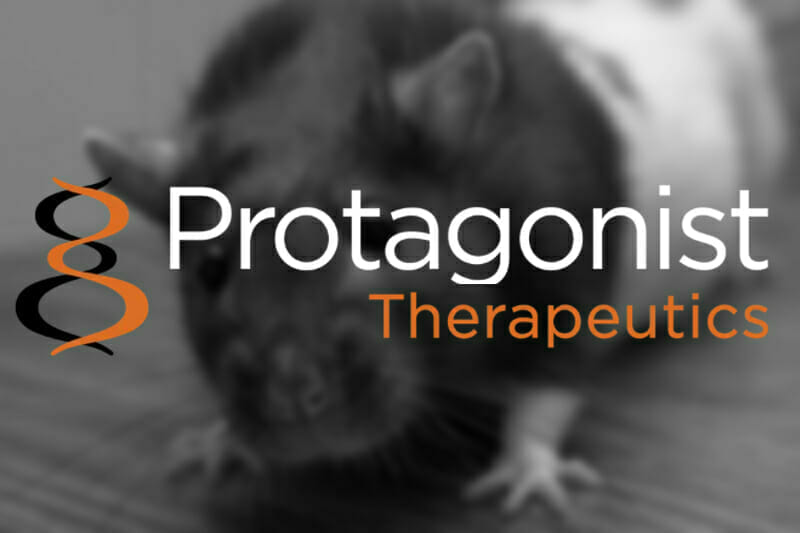 Protagonist Therapeutics (PTGX.Q) announced the receipt of verbal communication from the U.S. Food and Drug Administration (FDA) that the Company’s clinical studies for rusfertide have 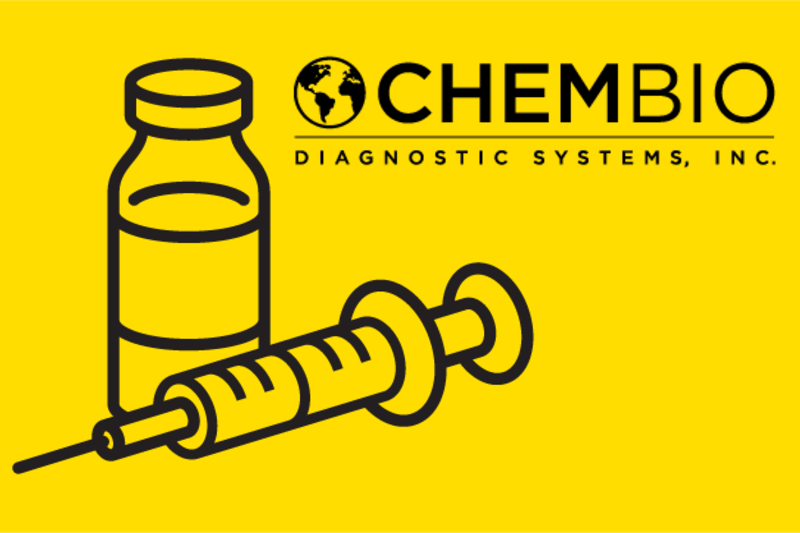 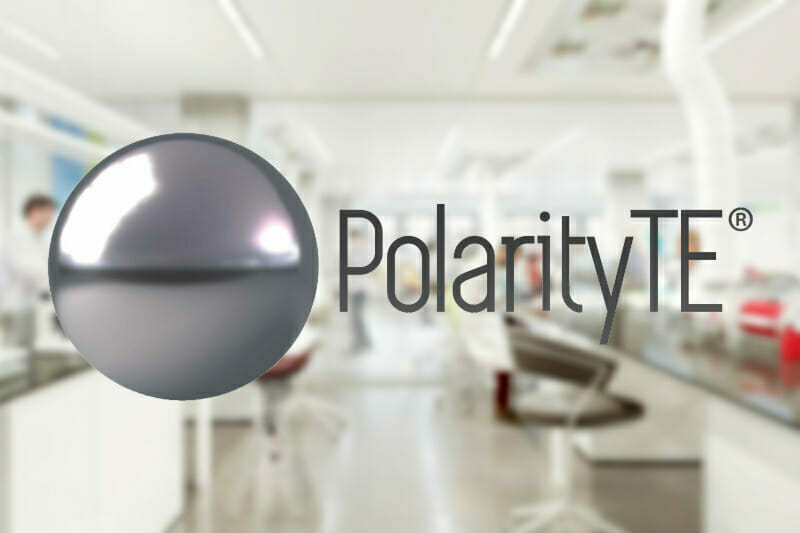 PolarityTE (PTE.Q) Races Against the Clock, Provides Update on IND Application for SkinTE®

PolarityTE (PTE.Q) has provided an update regarding correspondence from the U.S. Food and Drug Administration (FDA) related to the Company’s Investigational New Drug Application (IND) 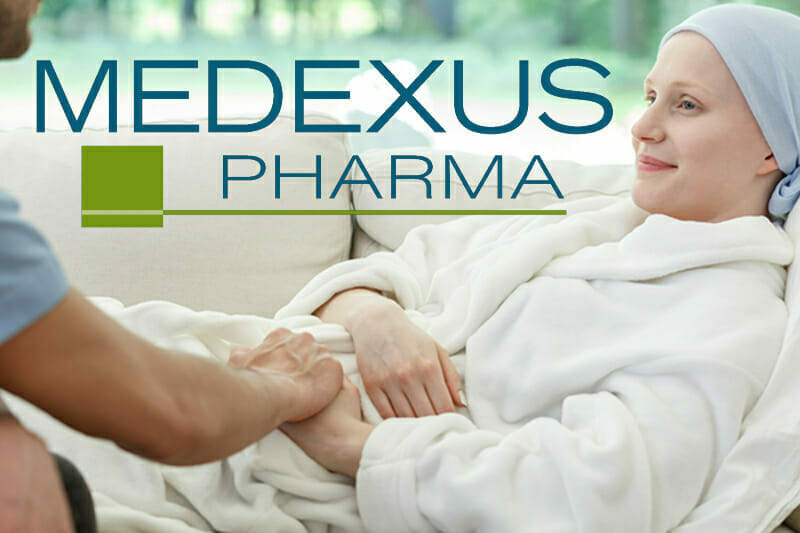 Medexus Pharmaceuticals (MDP.T) today announced its financial results and provided a business update for the three-month period ended June 30, 2021.   “We continued to 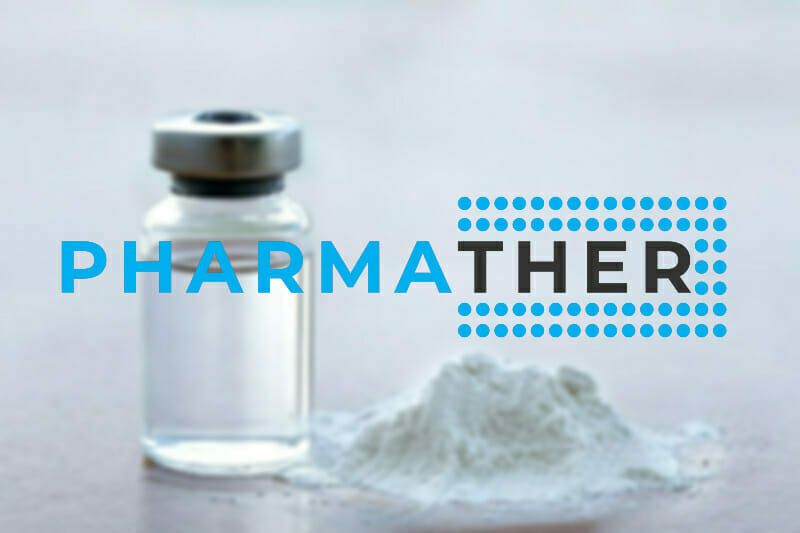 PharmaTher (PHRM.C) announced today that the U.S. Food and Drug Administration (FDA) has granted orphan drug designation (ODD) for ketamine in the treatment of Amyotrophic