Is Money Leaving Bitcoin for Gold?

Gold provided some green in a sea of red. It was a bloodbath in the markets yesterday. Bitcoin hit our $30,000 target and other cryptocurrencies puked. Stocks were falling. Oil, Copper and Silver were dumping. Money was not running into bonds. It was just the US Dollar which had a green close yesterday. Gold also managed to close green, but gave up a significant portion of its move.

On days where you see both Gold and the Dollar finish positive, be cautious. Generally means fear. And it was warranted. Yesterday pretty much saw a pan sell off.

My readers know I am still bullish Gold and Silver. Commodities in general, but I favor these two especially for their monetary link. Sure, you can argue that Silver is more of an industrial metal now, but when you correlate Silver to Gold (the monetary metal), and to Copper (the base industrial metal), it correlates more positively with Gold. As some say, Silver is Gold on steroids. 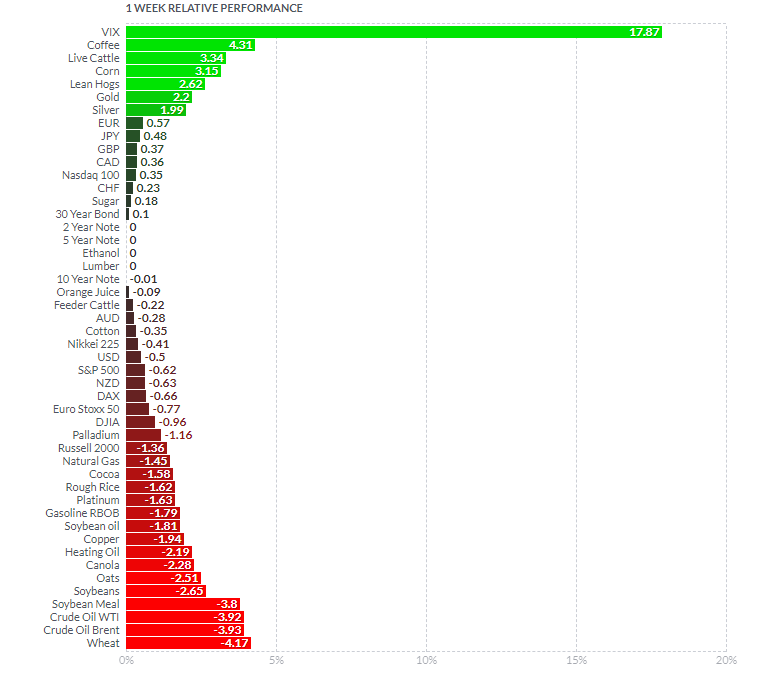 What is making headlines are the money flows. As my readers are aware of, I wanted to see if money leaving crypto’s would see the meme stocks pop. The meme crowd leaving crypto’s for stocks. Did not happen.

Given the price action yesterday, major financial media news outlets are reporting money flow is heading into the safety of Gold.

Here are some headlines from Barron’s and CNBC:

Unfortunately these articles are behind pay walls. Fortunately, the folks at Kitco have summarized some key points from JP Morgan’s institution money flows observation.

“The bitcoin flow picture continues to deteriorate and is pointing to continued retrenchment by institutional investors,” JPMorgan said in a report this week. “Over the past month, bitcoin futures markets experienced their steepest and more sustained liquidation since the bitcoin ascent started last October.”

JPMorgan pointed out that the retreat in bitcoin coincided with new inflows into gold.

“This suggests that institutional investors appear to be shifting away from bitcoin and back into traditional gold, reversing the trend of the previous two quarters,” analysts led by Nikolaos Panigirtzoglou said in the report.

Panigirtzoglou also pointed out that gold’s stability is an attraction to investors leaving the crypto space, adding that the rotation back into gold could have been triggered by bitcoin rising too high relative to the precious metal.

The JPMorgan report follows the Bank of America fund manager’s survey, which said that bitcoin’s long positions looked like one of the most overcrowded trades. The survey polled 194 fund managers with $592 billion worth of AUM.

A lot to be unpacked here. I bolded some important observations. The stability of Gold, and the overcrowding. The report cites technicals and trends. Nothing regarding Gold being a hedge for inflation.

Keep in mind Ray Dalio has been suggesting firms increase their Gold holdings. Even though he is not a hedge fund manager anymore, his words and suggestions are acted upon. His thesis has been that cash is trash, and Gold will be the best currency and safety play going forward. Why buy bonds when they yield low when Gold can move 3% or more within a month?

With markets recovering from yesterday’s sell, and just a ridiculous pop with no pullbacks at time of writing, Gold is about flat for the day (-0.04%).

The last time I covered Gold exclusively on Market Moment was in April. I mentioned how a major bull run was coming. The trigger if you remember was the breakout above $1750 to trigger the double bottom.

Here is the chart to refresh your memory: 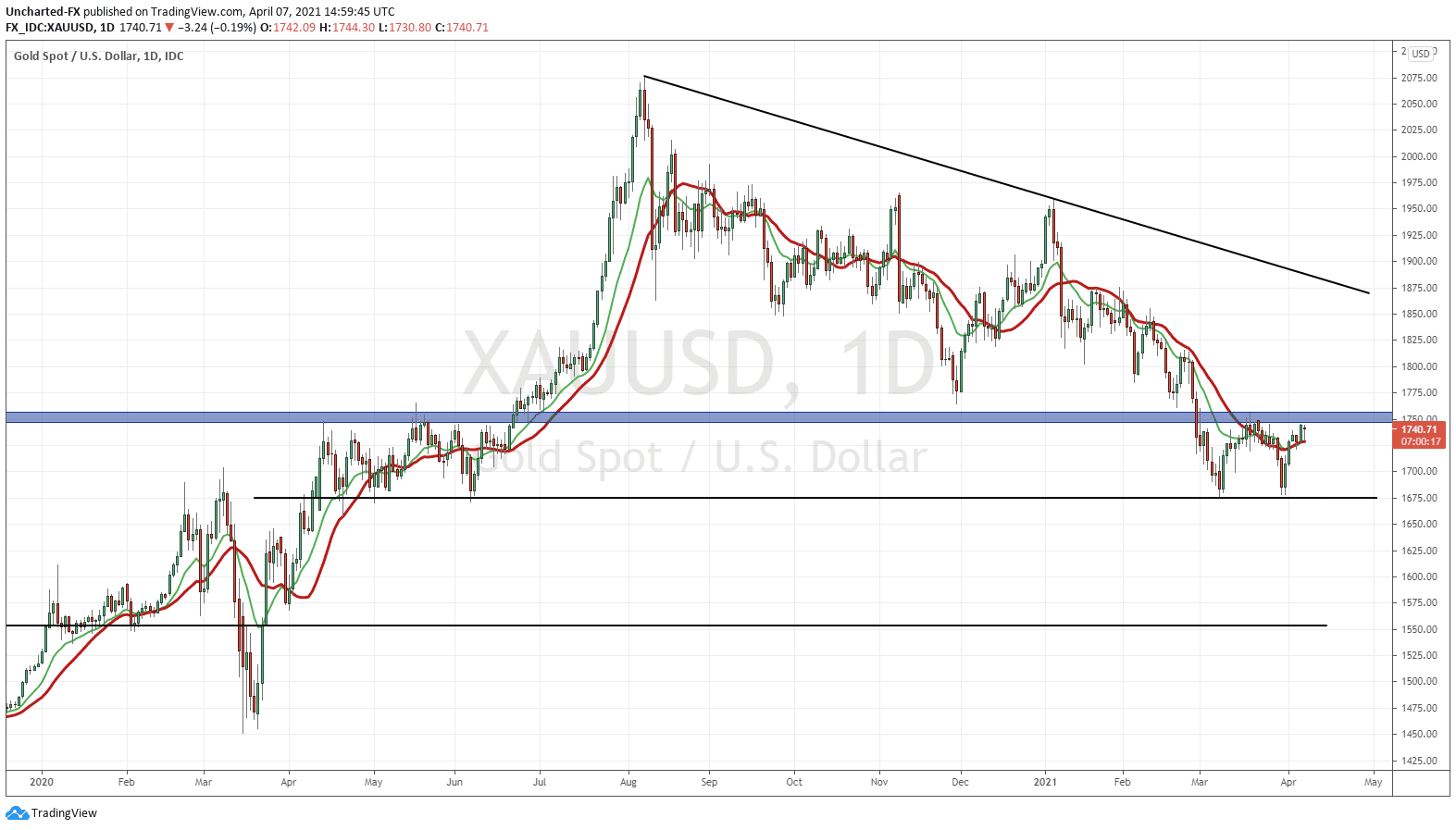 We have been riding the uptrend on our Discord Trading Room. Playing the higher lows on Gold. We have now broken above another major zone on the path towards $1900. 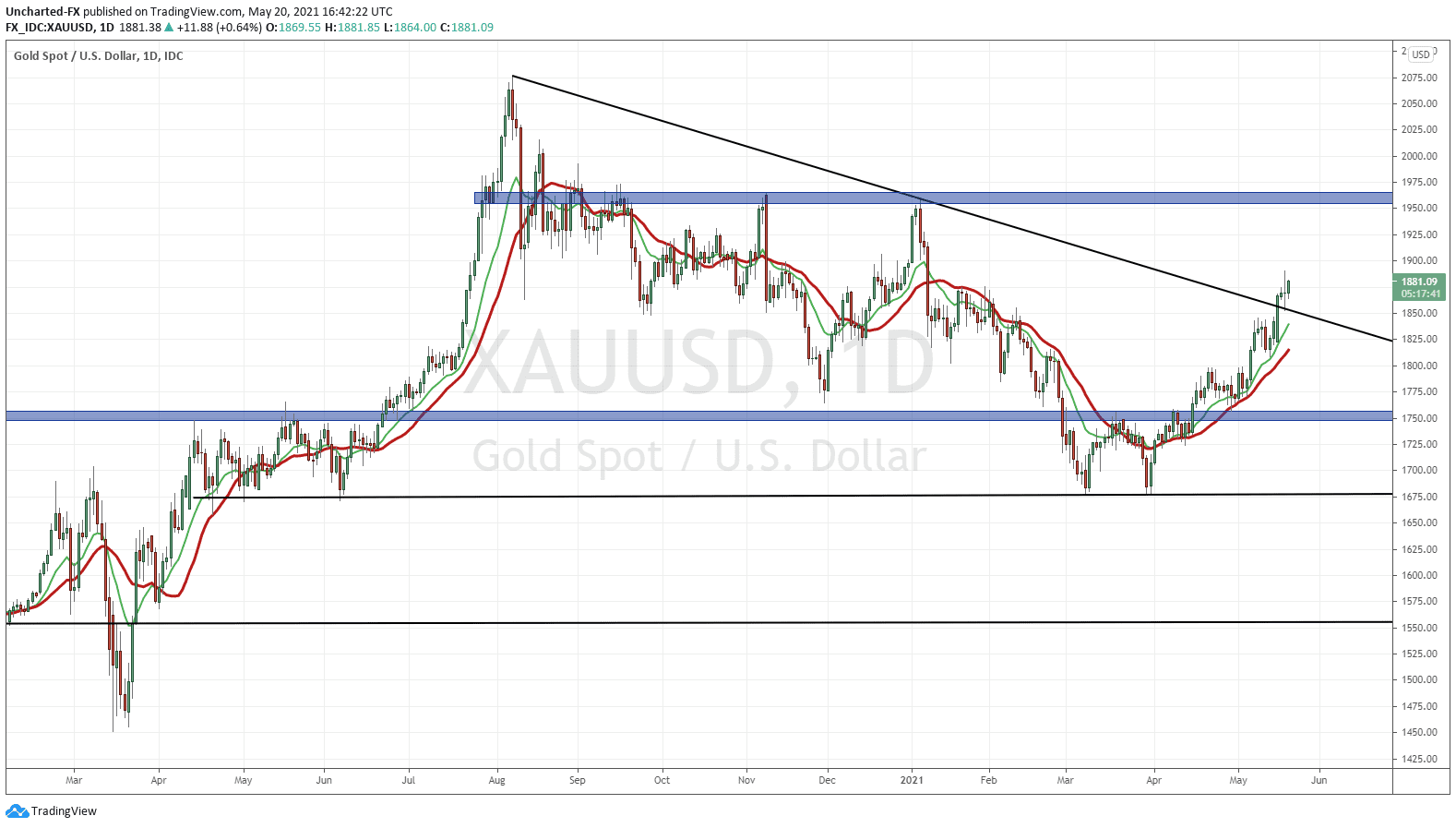 The trendline which price has just broken above was a near term resistance zone I was wary of. We sliced through it. The best news? We pulled back and retested the trendline. Notice how yesterday’s daily candle touched the trendline. Buyers piled in. Very bullish.

This trendline becomes our near term support. Technically the higher low is at $1810, meaning Gold remains in an uptrend above this price.

In summary, Gold is still my preferred long term hold. A bet against the currency war and the confidence crisis in governments, central banks and fiat currency. All of which we are in the midst of currently. If we see rising yields on the 10 year yield chart, it could bring Gold prices down. BUT if we see yields rise and Gold rise at the same time, then we are in the confidence crisis.