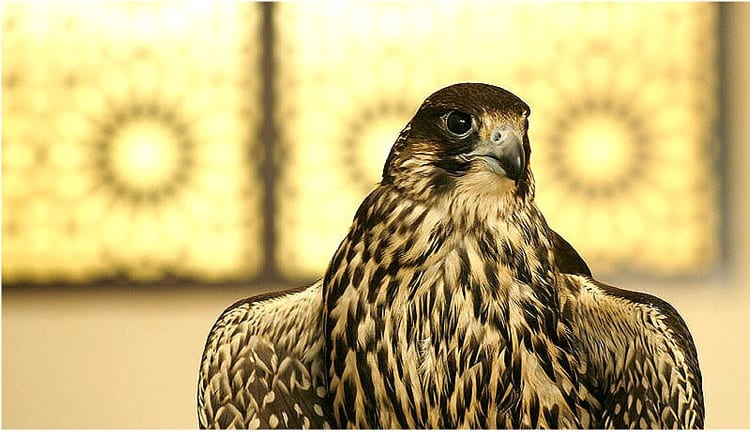 Falcon Gold (FG.V) announced that the TSX Venture Exchange has approved Falcon’s option to acquire up to a 100% interest in the Esperanza Gold, Silver, Copper minerals concessions located in La Rioja Province, Argentina.

To receive their initial 80% interest, Falcon will send the vendors 500,000 Falcon common shares and 500,000 share purchase warrants over a four-year option period. Each Warrant will entitle the Vendor to purchase one Falcon common share for a period of 12 months for a purchase price set on each date of issue at 125% of the closing price for Falcon shares traded on the Toronto Venture Exchange. During the four-year option period, FG has to make a minimum of $350,000 USD’s worth of expenditures on the property.

After the completion of all the payments and expenditures during this initial four-year period, Falcon Gold will own 80% and the vendors will retain 20%. For the next 30 months, Falcon will have the right to purchase the remaining 20% – giving them total control of the property – for a further payment of 2 million Falcon shares and a US $1.5 payment which includes a 1 % NSR Buy Back with the vendors retaining 1%.

The Esperanza Property contains 10 mineral concessions covering a total of 11,768 hectares. The concessions are accessible by road in the Sierra de Las Minas district of southern La Rioja, a district where gold was discovered as early as 1865 and which has had several productive gold and silver mines.

In 2018, Falcon completed limited sampling as part of their due diligence which returned promising results, detailed in the table below. 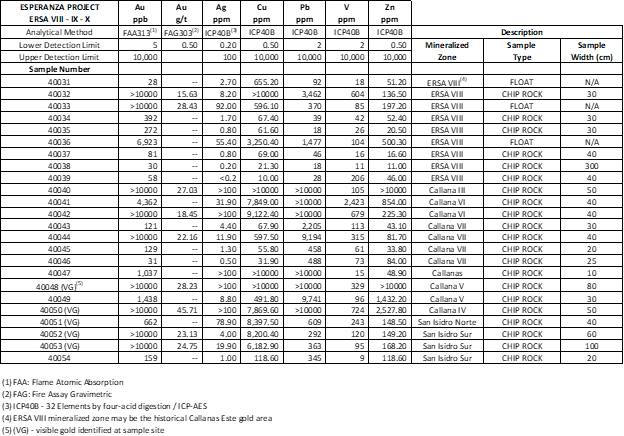 These results were obviously good enough that Falcon felt it was worth acquiring 80% of the project, with the ability to purchase the rest if they feel it’s worth it.

Falcon currently has five properties in Canada, four of which are in Ontario (the fifth in British Columbia). The acquisition of the Esperanza project demonstrates Falcon Gold’s willingness to expand operations outside of Canada. 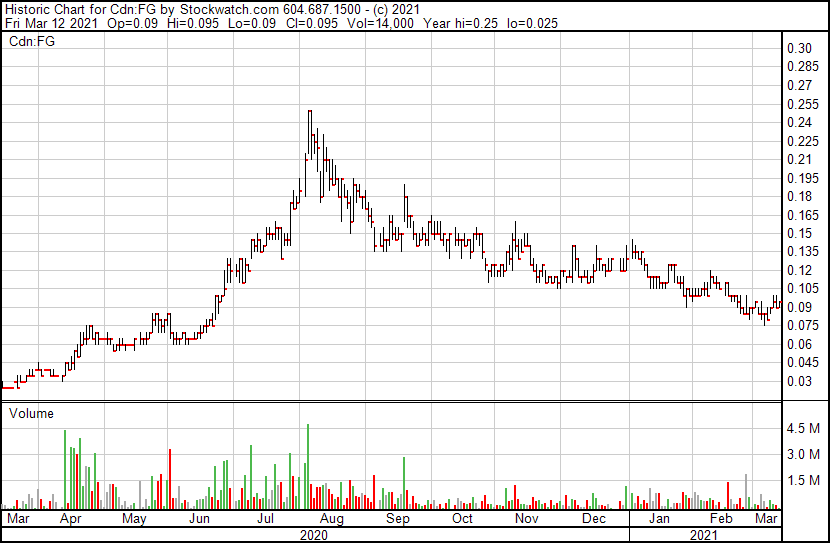 The stock price did not change following the announcement.