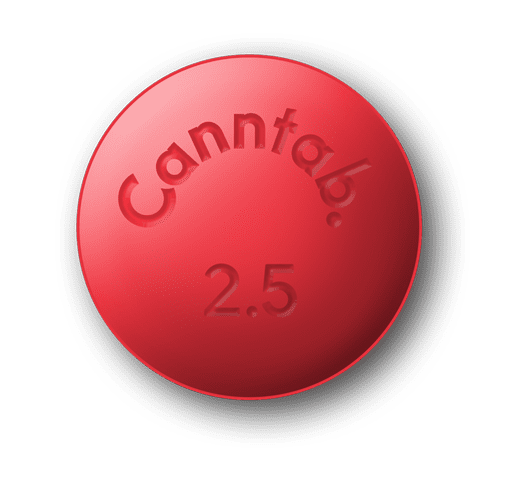 Orders under the agreement are a mix of Canntab’s proprietary instant release tablets delivering tetrahydrocannabinol (THC), cannabidiol (CBD) and a combination of the two in twelve different strengths.

Besides bringing money in the door, the shipment also demonstrates Canntab’s ability to scale production efficiently.

Canntab has now fulfilled 80% of the purchase amount contracted under the wholesale table purchase agreement entered into by the Company and MediPharm Labs in June, 2020.

[..] The 1st (first) delivery included 2.5mg THC and 5mg THC tablets. The final shipment which is currently in production and anticipated to be completed by month end is for a combination caplet which contains 25mg CBD and 5mg THC.

Canntab CEO Larry Latowsky stated he was ‘excited about Medipharm’s distribution capabilities to provincial wholesalers across Canada as well as National retailers.’

“With our production capabilities now ramping, our focus will now be on expanding our sales channels by marketing directly to consumers and the health care community within Canada.”

PILL’s stock chart has consistently headed north over the past six months, with the stock rolling from $0.57 to a near dollar, but though the valuation of the company has almost doubled in that time, it still sits at a very reasonable $33 million. 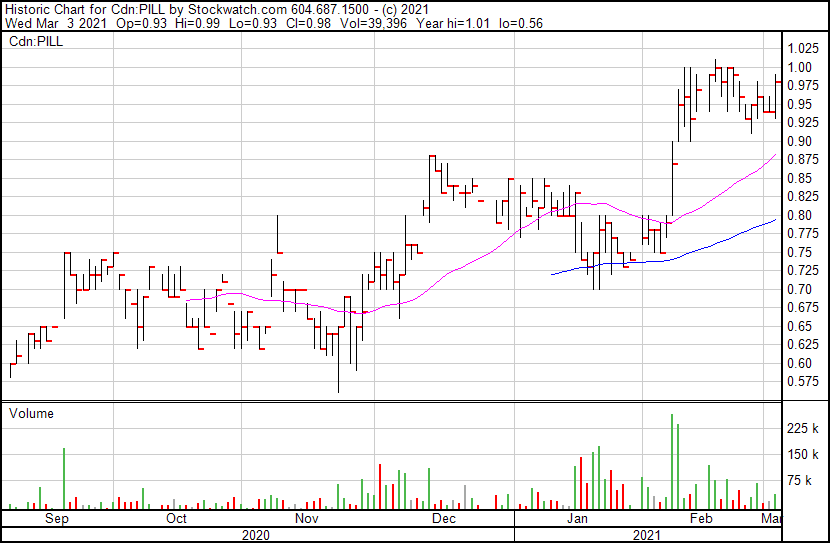 The primary drivers of that rise have been Canntab’s plans for worldwide expansion, its intellectual property, and the belief Medipharm’s national distribution will expand Canntab’s customerbase and product awareness.

While softgels and capsules are available across Canada though several producers, they haven’t exactly taken the market by storm, mostly because those products are inconsistent in dosage and are unable to utilize slow release technologies.

Canntab’s hard pressed pills are an entirely different beast, allowing for pills that could roll out THC and/or CBD over a longer period, delivering something closer to a true microdose, while also permitting the mixing of several elements to deliver a more complete end product for demographics such as seniors, medical patients, and those looking for an all-day effect rather than an immediate hit.

For cannabis pills to become acceptable for shelf space in drug stores, they need to be proved clinically suitable, consistently dosed, professionally manufactured with the highest standards, and suitable for export. Canntab is pursuing all of those proof points.

In global terms, Canntab sees growth prospects in Canada, the United States (where it recently won patents) and Europe. An existing deal with an Australian company has already staked a claim in that market, but the real advantage of doing international licensing deals is where the company could license their tech to others, receive a royalty, and not have to outlay any capital or take expansion risk.

Canntab has filed more than a dozen patent applications thus far, for which two have been granted to date, specifically related to technologies used to ‘deliver standardized medical cannabis extract from selective strains in a variety of extended-release/ sustained-release pharmaceutical grade delivery systems.’

To support those patents, markets, and products, Canntab is looking to prove greater bioavailability ‘through a three (3) way cross over blood level study at a third-party Clinical Research Organization. The study will compare, among other important data, capsules from any Canadian Licensed Producer to the Canntab instant release (“IR”) and extended release (“XR) tablets. This study is currently in the final planning phase and Canntab will provide further details on the breadth of the study, timing and results as soon as this information becomes available.’