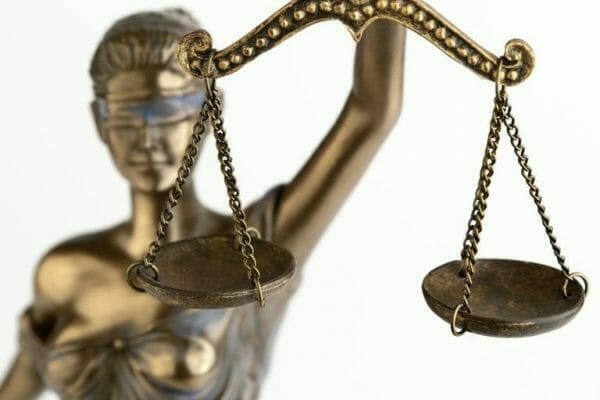 Trulieve Cannabis (TRUL.C) lends a hand to The Last Prisoner Project to balance the scales of justice

As the wall of cannabis prohibition collapses bit by bit under the weight of its own absurdity, the states with newly reformed legal standards are going to be left with a withering legacy of people lost in the justice system, eating up tax dollars for doing what the average citizen can now do with impunity.

That doesn’t seem right or just, but it does seem distinctively American if you’ve studied their history. There’s a pattern of injustice flowing from well streams of prejudice and power that ensnares and creates an entire underclass of people and locks them into cycles of perpetual impoverishment and abuse. Fortunately, in politics as in physics, each action has an equal and opposite reaction, and there are forces at play looking to undo the negative, deleterious effects of the anti-democratic forces.

In this case, it’s the Last Prisoner Project, a force working with Trulieve Cannabis (TRUL.C) to even the scales at the behest of those wrongly imprisoned during the multiple decades long drug war debacle. Trulieve’s contributions are in money and time, with the monetary component being a donation for $40,000 for its “Roll it Up for Justice” campaign. The campaign is in support of initiatives directed towards bringing restorative justice to the lives of people still incarcerated because of America’s ridiculous war on drugs.

This isn’t the first time they’ve shown up in these pages, either. We’ve written about them before in connection with their relationships with Harvest Health and Recreation (HARV.C) , and 4Front Ventures (FFNT.C) where they provided hand sanitizer during COVID-19 to prisoners.

Trulieve raised the $40,000 donation through selling their limited-edition Freedom Pre-Roll through the first two weeks of October, and followed that up expungement clinics held in Florida and Massachusetts in September. The company also sponsored 125 applicants in Florida to help have their records expunged or sealed, while in Massachusetts, they sponsored an online clinic with the CultivatED program to do the same for 25 more candidates.

“The work being done by the Last Prisoner Project is critical to creating a more equitable and fair society. While we are proud to do our part to help improve and restore the lives of those unfairly impacted by marijuana convictions via expungement and clemency efforts, there is still so much more to be done. We look forward to continuing our commitment to our communities and the people most impacted by minor and victimless cannabis-related offenses and encourage others in our industry to do the same,” said Kim Rivers, CEO of Trulieve.

It’s a complex problem. The notion of whether or not we should forgive the behaviour and activities of these people who committed these acts before they were decriminalized. They weren’t legally permissible at the time and therefore should fall under the rubric of actions taken against society. But there’s a fundamental question of legality versus morality here—were they really hurting anyone? Philosophers may argue, but we shouldn’t. Justice is not served by ruining anyone’s life over a few ounces of pot and nothing short of expungement can rebalance the scales.

“In the common law legal system, an expungement proceeding is a type of lawsuit in which a first time offender of a prior criminal conviction seeks that the records of that earlier process be sealed, making the records unavailable through the state or Federal repositories.”

There’s no official designation of ex-con hanging around a person’s neck, weighing them down after an expungement. Jail time carries a social taint in both the United States and Canada. You’re now effectively a criminal and will remain a criminal until you qualify for a pardon and you’re going to carry that scarlet letter everywhere you go. It really does say an awful lot about how our society’s really feel about the notion of rehabilitation. In theory, you should go to jail, pay your debt to society, and that’s all. Once you walk free beyond the tall chain-link fences beyond the purview of guards and criminal justice, you should be free. But you aren’t.

Now imagine someone at 40 continually paying and paying for the time he got caught with a quarter ounce in a car when he was 20. He might have been out of jail for years, but that doesn’t mean much to the job interviewer, who just sees him as another ex-con if he sees him at all. Factor in that the majority of these folks are minorities, and the picture begins to get clearer.

“As the United States continues to move away from the criminalization of cannabis, it is critical that operators, governments and other organizations come together to provide opportunities for those impacted by cannabis prohibition,” said Mary Bailey, managing director of the Last Prisoner Project.

It’s not particularly hard to point fingers at a company like Trulieve doing something like this and find fault. It’s true that positive press often leads to profits. But this is really the best kind of prosocial behaviour for a company to make—putting their time, effort and money into a cause in support of something else beyond their bottom line. Contrary to what some younger folks tend to think, there’s nothing particularly wrong with profit as long as you’re not hurting anyone else, and if the externalities of the economic equation make the world a better place, then that’s really the best of both worlds, isn’t it?