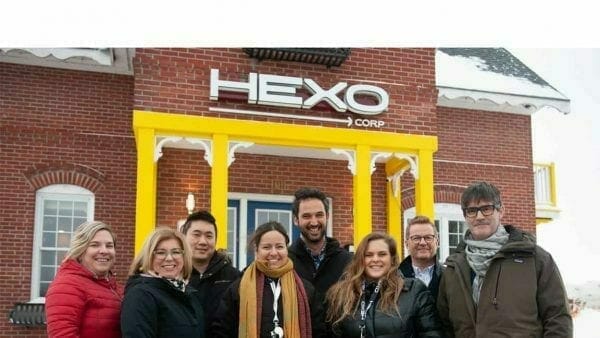 Life in freefall – is this Molson Coors Canada (TPX.A.T) joint venture a parachute for Hexo? (HEXO.T)

Six, eight or eighteen months from now depending on what sources you believe, when some biotech firm has concocted, tested, synthesized and disseminated enough of the COVID-19 vaccine to make it safe to stand within six feet of each other again, we’re going to emerge from our hovels into an entirely new world. Our favourite restaurants will probably be gone, ditto coffee shops, and most non-chain businesses without the cash to reopen.

Even despite their essential status, cannabis companies haven’t been unscathed in this downturn. 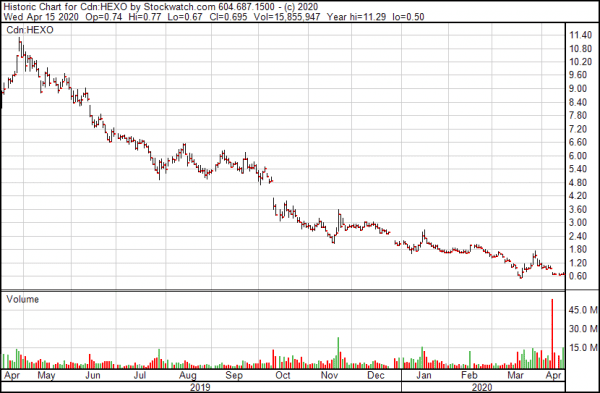 They’re coming off an absolutely abysmal 2019, in which the fortunes of the entire cannabis sector took a swandive, and now this. Hexo themselves was trading at over $10, and now they’re at $0.60. The question you’ve got to ask yourself is whether or not this company can stop the bleeding to make a return worthwhile? You can consult your magic eight ball, or you can look at what they’re doing.

For example, Molson Coors Canada (TPX.A.T) and Hexo have formed a joint venture for non-alcohol, hemp-derived CBD beverages in Colorado.

Molson has been looking to develop their product lines past beer by adding wine, spirits and non-alcohol drinks, and now this joint venture to produce non-alcohol, cannabis-infused beverages for the Canadian market. Hexo is looking to grab onto anyone’s coat-tails just to survive to see 2021.

“CBD beverages are a growing segment within the non-alcohol beverage category, and this JV provides us an opportunity to build capabilities in Colorado. We chose Colorado because of its established regulatory framework for CBD, and we plan to approach any opportunities in full alignment with our commitment to commercial responsibility, transparency and compliance,” said Pete Marino, president of emerging growth at Molson Coors.

Originally established in Colorado, the joint venture will be called Truss Beverages, and will be owned by Molson Coors but run independently, as its own company with its own board, management team, resources and go-to-market strategy. Truss has been preparing for launch having completed its product formulations, branding and construction of a cannabis beverage production facility in Belleville, Ontario. The company is anticipating the launch of its first beverage line in Canada later this year.

“Molson Coors and Hexo have already built a great partnership in Canada that we believe will produce some of the best adult non-alcohol beverage brands in the Canadian market,” said Sebastien St-Louis, chief executive officer and co-founder of Hexo.

The production and distribution for Truss CBD will be kept within Colorado because of the difference in regulatory environment for hemp-derived CBD in food and beverages in the other states. No hemp-derived CBD products will be produced at Molson Coors facilities.

The news about the proposed JV comes hot on the heels of Hexo’s recent completion of its underwritten public offering, in which it raised $46 million for 59.9 million units of the company at $.77 a share.

The real question is whether or not Hexo’s latest JV and improved cash position is going to be enough to staunch the steady bleeding or is there further left to fall? Granted, it’s not like the government is doing their best to help the situation either. Still, magic eight ball suggests results are inconclusive.