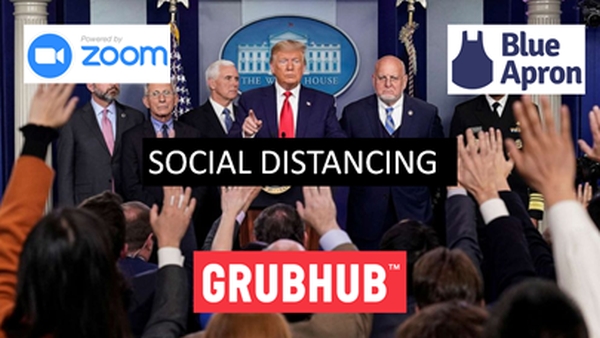 The coronavirus has so far killed five Canadians.

We are not being asked to fight a war.

We are being asked to “Socially Distance” (keep 2 meters from other humans).

The instructions have two parts:

As sacrifices go, this one seems manageable.

Still, it has proven challenging for many North Americans.

“I’m practicing as much social distancing as I possibly can” stated Dr. Anthony Fauci, White House Director of Disease, “I’m working on getting the boss [Trump] to do this. I may not be successful, but we’re working on it.”

For investors, in the last two weeks, there have been few places to hide.  Bio-techs who claim to be developing coronavirus vaccines get a bump.  Uber Eats is going gangbusters, but that does not replace the revenue lost from suspended ride-sharing.

Here are three stocks positioned to benefit from “Social Distancing”:

Grubhub’s growth is driven by a demand for convenience and accessibility, especially among millennials – who take pride in lifestyle efficiencies (cooking is yesterday).

Typically, restaurants aren’t good at running their own delivery services, so they are signing up with Grubhub to reach customers and build a new sales channels.

The company has chosen not to use corona virus as a short-term-cash grab, but instead to deepen loyalty with existing customers and build new relationships.

Grubhub founder and CEO Matt Maloney announced last week that he will temporarily suspend the collection of up to $100 million in commission fees from local restaurants while they deal with the economic fallout from lack of in-store customers.

“It’s very important for us to support our restaurant partners,” stated Maloney while standing next to Chicago Mayor Lori Lightfoot, “This is a is a no-brainer. Independent restaurants’ business is our business.” 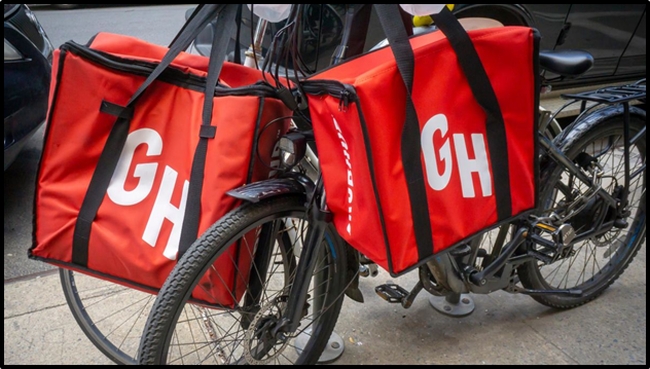 Blue Apron (APRN.NYSE) is an $88 million company that delivers original recipes, and fresh and seasonal ingredients along with poultry, beef and lamb, along with a wine delivery service that can be paired with its meals.

Blue Apron is a service for people who like the gestalt of cooking (heating edibles for loved ones) but don’t give a damn about the creative aspect of ingredient-selection.

“Overall, Blue Apron’s food was among the best from the services I tried,” stated an Observer Blogger, “But I also feel their selection is lacking. There are only six meals to choose from, and while the dishes themselves change each week, there still isn’t a ton of variety. Every new menu has one chicken dish, one seafood dish, one salad dish, one soup/stew/chili dish and one that is either pork or beef.” 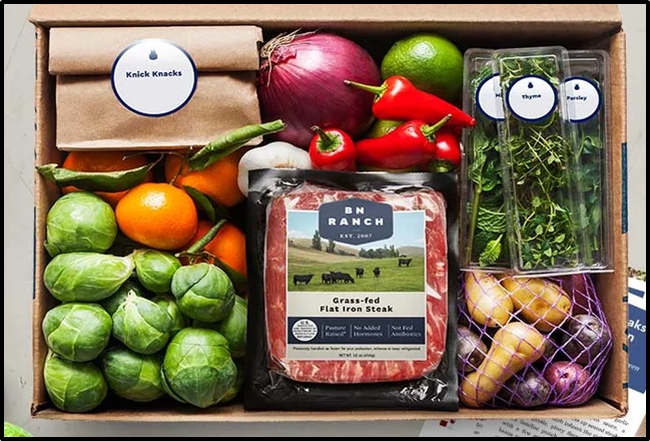 In 2020 the number of Zoom users has grown significantly. The company has added 2.1 million active users, compare to 1.9 new users for all of 2019.

Zoom understands that physical self-consciousness can be a point of friction for video conferencing users.

Inside the App, Zoom users can go to the lower-left-hand corner of the screen, find Video Settings, and check the box marked “Touch Up My Appearance.”

“Bless the creators of Zoom for offering this modern equivalent of Vaseline on the lens,” stated The Cut, “Your face will look slightly more dewy, but not so much that your boss will suspect you’ve been spending all your time at home slathering on Good Genes instead of working.”

Zoom’s CEO Eric Yuan added $2 billion to his net worth in 2020, the fourth-biggest increase in the Bloomberg Billionaires Index,” stated Fortune, “a ranking of the world’s 500 richest people.” 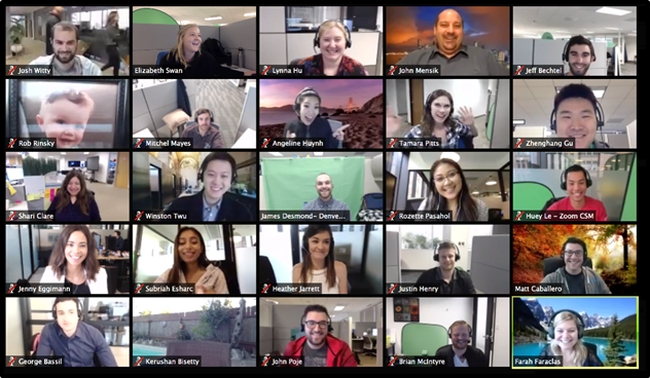 “The world’s 500 wealthiest people lost a total of $258 billion on Monday,” confirms Forbes, “Pushing their collective losses this year to more than $1 trillion”.

That’s ironic, because FB has already perfected the art of “Social Distancing”.