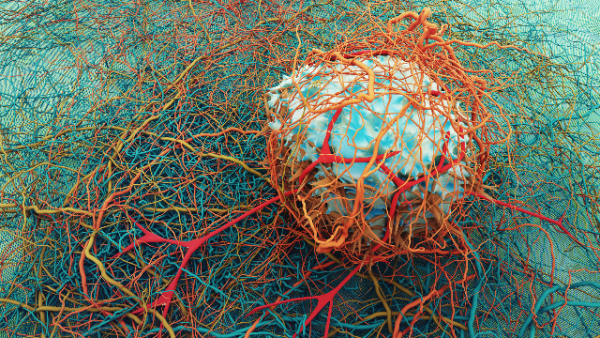 Sapphire engages in research and development to try and improve global cancer care by developing therapeutics for inhibited growth and metastasis. Sapphire has discovered a compound that inhibits and suppresses invasion in vitro and metastasis in vivo, and they intend to begin testing their new drug on mice and then in a subsequent phase I application.

“With the acquisition of Sapphire Biotech, we will be able to broaden our offerings on cannabinoid research to also concentrate on furthering oncology research, diagnostics and drug development. We look forward to contributing our research to the global market for cancer treatment, which is projected to reach $182 billion by 2023,” said John W. Huemoeller II, chief executive officer of AXIM Biotech.

Sapphire has been busy developing a line of diagnostics that will detect cancer early, effectively monitor recurrences rates and responses to treatment, one of which is presently in the clinical trial stage for its potential to diagnose pancreatic cancer.

The cannabis and oncology link

In recent decades, the neurobiology of cannabinoids has been analyzed. The first cannabinoid receptor, CB1, was identified in the brain in 1988. A second receptor, called CB2, came next in 1993. Endogenous cannabinoids (endocannabinoids) have been identified and appear to have a role in pain modulation, control of movement, feeding behavior, mood, bone growth, inflammation, neuroprotection, and memory.

An study performed earlier on mice and rats suggested that cannabinoids may actually protect against the development of certain types of tumours. The study lasted for two years, wherein groups of mice and rats were given various doses of THC. The results included a dose-related decrease in the incidences of liver-related tumours. Cannabinoids may cause antitumor effects by various mechanisms, including induction of cell death, inhibition of cell growth, and inhibition of the blood flow required for growing tumors (called angiogenesis) and metastasis.

There has been some research in recent years that’s demonstrated that cannabinoids can have a significant effect on the growth and progression of cancer. AXIM and Sapphire have teamed up on the development of new innovative synthetic cannabinoid-like molecules that they believe can treat symptoms of a wide range of diseases, including cancer.

“AXIM has been a leader in cannabinoid research and development for many years now and we’re very excited to witness AXIM’s shared success with Sapphire Biotech to now become a leader in oncology research and development as well. Ninety percent of cancer deaths are caused by metastatic cancer and Sapphire has made great strides in discovering and analyzing cancer cells before they metastasize. AXIM will help accelerate these efforts significantly from the post pre-clinical phase to animal studies and eventually to human trials,” said Dr. Stuart Titus, CEO of Medical Marijuana.

The company believes that with further testing, they will be able to show considerable improvements in the chemical efficiency of cannabinoid molecules that will prove to be more potent, and with greater bioavailability, but without sacrificing safety.