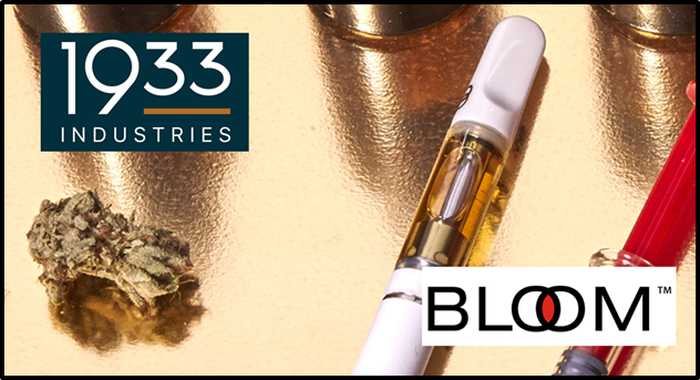 With teenagers, the irrational mood swings are due to “stress points around the uneasy transition toward adulthood.”

Cannabis investors don’t have this excuse.

We are already adults – or some reasonable facsimile.

Our Achilles heel is evolutionary in origin.

We collectively behave like a herd of gazelles – the safest spot right in the middle, jostled pleasantly by our peers.  To wander away from the herd is to be vulnerable to predators.

In fact, for retail investors, the opposite is true.

Two years ago, investors were buying anything and everything with the name “cannabis” in it.  On January 19, 2018 Equity Guru owner, Chris Parry warned investors it was time to separate from the herd.

Since then, the herd screeched to a halt – pirouetted – then charged in a mad panic in the opposite direction.

Many of these cannabis companies deserved the shit-kicking they got.

But some good weed companies – run by adults – have been trampled in this reverse stampede to sell-all-things-cannabis.

1933 has a “strong balance sheet with a cash position of $17.6 million,” reported Parry on November 28, 2019, “a robust increase of 245% over the previous year of $5.1 million, allows the Company to fund capital projects, service its debenture payments and continue to grow its operations.”

The market cap is 3X the yearly revenue.

And no, the company is not profitable.

Net loss for the year is $19.1 million of which, $5.0 million is attributed to a one-time non-cash impairment write-down of a non-performing subsidiary, $3.4 million in biomass purchases, non-cash share-based compensation of $2.2 million, $1.5 million in interest payments, a one-time non-cash loss on disposal of property and equipment of $1.9 million and a non-cash accretion expense of $1.2 million.

According to the CEO, Chris Rebentisch, profitability is not a dot on a distant horizon:

On January 9, 2020, 1933 announced that its subsidiary, Alternative Medicine Association, entered into a licensing agreement with Capna Intellectual, developer of The Bloom Brand.

Established in California in 2014, Bloom is now sold in over 300 licensed retailers in California, Nevada, Washington and New Mexico, with further expansion planned for new markets in Oklahoma, Massachusetts and Canada.

“Our goal is to expand beyond our proprietary AMA products and represent the very best cannabis brands in Nevada,” stated Ester Vigil, President of 1933 Industries, “Bloom is a brand we have been watching for some time”.

Cannabis demand in Nevada is powered by the state’s 46 million annual tourists. Some tourists may come to visit the Nevada Museum of Art – but most come to party their asses off.

Contrarian investing involves buying and selling stocks against the grain of investor sentiment.

The concept is simple: If you purchase stocks when investors are gloomy, and sell the same stocks when your investing peers are euphoric, you will make out like a bandit.

This is a signal for optimism.