Slack’s (WORK.NYSE) sad performance and the scourge of Silicon Valley

When Slack (WORK) listed on the NYSE this year, it was the first tech unicorn to grace American markets through a direct listing rather than the traditional Initial Public Offering (IPO). This historic event came on the heels of a growing dissatisfaction in Silicon Valley over Wall Street’s preferred path to public trading.

In fact, Silicon Valley venture capital (VC) firm execs and private business leaders gathered in September to contend IPOs are antiquated, only benefiting underwriters – banks – while depriving corporations of capital needed to complete their mandate, but are underwriting methods simply a red herring in the face of Slack’s sad performance and the scourge of Silicon Valley?

A look into the accuracy of IPO valuations

The first modern IPO was carried out in the 1600s when the Dutch East India Company offered shares in its business to the public. 400-plus years later, the IPO hasn’t changed that much. Why? Well, in the immortal words of Canadian economist, John Kenneth Galbraith:

“Faced with the choice between changing one’s mind and proving that there is no need to do so, almost everybody gets busy on the proof.”

IPOs begin when underwriting banks circle potential start-ups and vie for the opportunity to take them public. Since Silicon Valley tech start-ups begin in the seclusion of private operation, the media and market investors are left to speculate on the company’s worth and value proposition. VC firms and issuing companies take advantage of this market-wide ignorance to create a price that has no bearing in reality, yet is accepted by all parties.

In Lyft’s (LYFT.NASDAQ) case, the company raised $4.9 billion over 20 rounds before its transition from Silicon Valley darling to public market monster. Underwriters priced 32.5 million shares at $72 per share, valuing the company at an eye-watering $23.4 billion when compared to Ford Motor Company which sits at $34.63 billion and reported a global revenue of $156.7 billion in 2017.

If Lyft riders booked $8.1 billion worth of the company’s transportation services in 2018 and Lyft was noted to have a 39% share of the U.S. market during that period, the current addressable market for ride sharing in the United States seems to be worth $20.5 billion. Lyft’s losses are over 10% of that total.

Uber (UBER.NYSE) came to the public market at $45 a share for a total market cap of $82.4 billion. Before listing on the NYSE, Uber had already gone through 23 private rounds of financing where it raised a total of $24.7 billion.

The ride-hailing app developer brought in $16.5 billion in global gross bookings during Q3 2019. Uber’s biggest market is the U.S. So, if the current addressable market in the United States is worth $20.5 billion, Uber’s current valuation of $47.3 billion is over twice that amount.

It doesn’t seem likely that Uber will be able to justify its valuation in the future either as the market in North America is almost saturated. Anyone who is going to ride or drive for these companies are already doing it. Lyft and Uber will be hard pressed to produce the growth they promised without breaking into new markets – a strategy neither has succeeded at.

With no new markets and intense competition stymying growth prospects, it is doubly painful to note that neither Lyft nor Uber are profitable, costing shareholders a total of $34 billion less than a year out from their respective IPOs. Btw, we haven’t even touched on driver vetting, panic buttons and video surveillance yet, something both Uber and Lyft have to contend with.

Compounding this, Uber ex-CEO, Travis Kalanick, unloaded nearly $900 million in stock since Uber’s share lock up period expired. Now there’s a vote of confidence that Uber’s billion-dollar boondoggle valuation will ever be justified.

So, are direct listings any better?

Direct listings appear on the public market without the company issuing any shares to raise capital. If capital is an issue, private corporations joining in this fashion will do a private equity raise beforehand. Both Spotify and Slack are perfect examples.

Spotify (SPOT.NYSE) raised $2.6 billion in 21 private rounds and made headlines when it decided to enter the public market “as is” with a valuation of $30.0 billion.

The company reported 1.7 billion Euros in revenue for the quarter ending September 30, 2019 but the cost of that revenue was 1.29 billion Euros, leaving Spotify a net income of 241 million Euros.

In 2018, Spotify was claimed to have captured nearly 36% of the global market. The company brought in 5.26 billion Euros. That would suggest that the total market at the time was worth 14.61 billion Euros or USD$16.15 billion. Spotify is currently valued at $24.56 billion – over one and a half times the total addressable market.

Additionally, music streaming is rife with competition. Apple Music is backed by a trillion-dollar behemoth, Tencent commands China and with SoundCloud and YouTube Music each taking their slice of the pie, Spotify has its work cut out if it intends to even stay afloat, forget about growing exponentially. 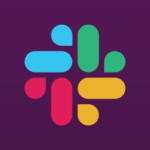 Slack (WORK.NYSE), the upstart office software company, raised $1.4 billion in 11 private rounds before it even rang the bell at the NYSE with a reference valuation of $15.7 billion. Investors went wild over the debut and pushed share price up over 45% to $19.5 billion at the end of the first day of trading.

The chat app developer ended up losing $359.56 million in the three months ending July 31, 2019 versus $31.86 million for the same period in 2018 – a ten times increase from the previous year with only a 52.95% increase in revenue. That’s all before taking into account its major competition.

Grand View Research estimates the global team collaboration software market will be worth $16.60 billion by 2025. Slack is currently valued at $11.7 billion, over 70% of what the global office productivity suite market is supposed to be five years from now. And again, no consideration of competition.

Speaking of which, Microsoft Teams just announced it had blown past Slack in terms of users, going from 13 to over 20 million daily users in just four months. Slack on the other hand, only reported 12 million active users in October this year. They are well behind.

Slack is probably going to be beaten down by Microsoft, like how Facebook broke Snapchat’s spine. Slack will be fighting for survival, not dominance.

From the time of their listings, both Slack and Spotify have lost their shareholders a combined $17 billion in value. Slack may be the largest offender, but Spotify has a notable underperformance as well. Neither are worthy of their current standing.

The systemic problem with current valuations

It seems the difference between IPOs versus direct listings in the world of Silicon Valley tech, is the amount of greed and how directly it is expressed, by either issuing companies on their own or their underwriters.

In the end, methodology isn’t the concern, the concern is the scourge of Silicon Valley as unicorns continue to wallow on the public boards sucking up financing like Augustus Gloop sucked up candy in Charlie and the Chocolate Factory.

The underwriting and backing of these tech monstrosities border on criminal and it’s retail investors getting it in the neck. If Silicon Valley’s reckless behavior is allowed to continue, inventive valuations and inorganic debt-fueled growth could spiral out of control, destabilizing the overall market and economy. Nobody wins. With great power to influence the markets, comes great responsibility to reasonably value companies for sustained success and not short-term selfish profits. You listening Wall Street?