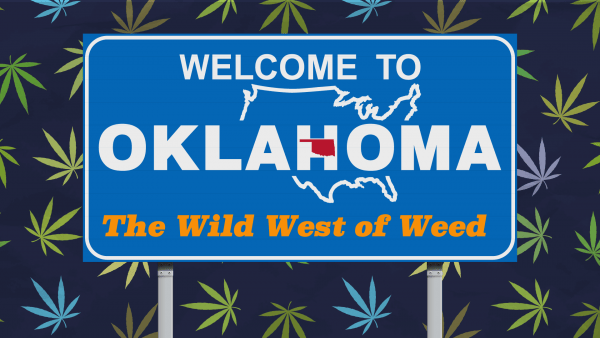 Vapen MJ Ventures (VAPN.C) entered into a partnership with Texoma Herb Company in Oklahoma to extract THC from cannabis today.

The state is one of the fastest growing medical marijuana markets in the United States, according to the August 2019 Annual Marijuana Business Factbook, which is based on the average number of patients as a percentage of the population. Texoma already has a dispensary, greenhouse and outdoor growing operations in Kingston, Oklahoma.

“We are strategically adding capacity in a new market that has one of the fastest-growing medical marijuana patient populations. We will be launching Vapen branded products that deliver our high quality and purity standards. Our partner Texoma, with outdoor growing capability in the state of Oklahoma as well as greenhouse operations, has built a solid reputation for quality cannabis products. This relationship underscores our commitment to expanding through partnerships in new markets as we execute to our growth strategy to expand our U.S. presence and increase our brand awareness,” said Thai Nguyen, founder and chief executive officer of Vapen MJ.

The Texoma Herb Company website shows the company as a family owned and operated outfit with a team of three. (Well, technically two, since the third team member is a dog named Bingo) Far from the sleek, glossy production value of larger cannabis operations, this one has a certain sort of folksy charm. This may be a small-scale operation, but the proprietor bio suggests that he’s been doing business for a few decades now, and coupled with the images of his “team,” it’s not hard to figure out that this guy is likely the backwoods hookup gone legit after the state finally legalized medical cannabis.

If that’s true then their weed is the real deal.

Oklahoma has been generally regarded as one of the more staunchly conservative states, but it did a total about-face in 2017 by becoming one of the country’s hottest and fastest moving medical marijuana states. Oklahoma regulators approved over 7,300 business licenses in the first year, including nearly 4,300 grower permits.

Weed laws have been getting better there, being now more comparable to other states in the union.

“Unlicensed simple possession of up to 1.5 ounces is now punishable by a misdemeanor conviction and a $400 fine, but only if a medical reason is provided. In contrast, in 1992, a Tulsa man was given a life sentence for felony possession of .16 grams (.0056 ounces) of cannabis.”

Don’t get caught making brownies there, though.

“Non-licensed making of hashish (including through the use of a simple grinder) or making brownies may include life imprisonment.”

In contrast, here are the regulations on medical marijuana.

Under SQ 788, an individual who obtains a Medical Marijuana License from the state of Oklahoma may consume marijuana legally and may legally possess up to:

Texoma’s new extraction and production facility is expected to be fully operational and getting Vapen products on shelves by the end of 2019. Vapen MJ will supply the Vapen brand, standard operating procedures and back office support. The partnership will include the launch of Vapen products, including a THC concentrates line, edibles and extraction products to dispensaries in the state.

Vapen MJ Ventures’ (VAPN.C) on a run with new patent