How GTEC Holdings (GTEC.V) found itself down but not out 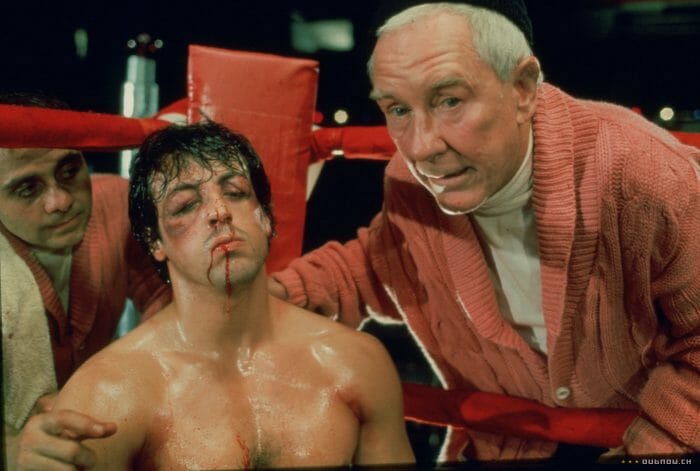 GTEC Holdings (GTEC.V) is in a bind. In other words, it’s down. Its own management would, and did, say as much.

What was GTEC CEO Norton Singhavon’s response? “I thought the points they made were actually quite valid. If you put the shoe on the other foot, as an investor, those items would jump out at me as well,” he said.

“But,” and there’s always a but, “they left out subsequent events,” Singhavon continued.

The main thrust of The Deep Dive’s criticism was as follows:

How is a retail investor supposed to keep faith with a chart like that? Where is the money coming from and, more simply, what is the plan?

Singhavon says, in the near future, his company’s full run-rate will be 4,000 kilograms of flower and 1,000 kg of trim annually. That’s where the company’s biggest chance for redemption lies.

We asked Singhavon to answer for these assertions and more. GTEC’s share price is down from a year-high of $1.35 to $0.26, and it dropped over 10% by market close today. And, on first glance, revenues for the quarter are wiped out when accounting for consulting expenses alone.

“Hold on. I have a nerdy spreadsheet,” he says.

“I break it down very conservatively. Once we hit our full run rate, which should be pretty quickly here, and using our current average selling price…with higher quality product, we’re looking at $26.5M of gross sales on an annualized basis,” Singhavon says, breathlessly and seemingly eager to move on.

Here I ask him to defend that assertion. It’s based on the company’s bulk wholesale cost-per gram of $5.86, and though it’s conservative, it’s a bold statement and investors have the right to know how he plans to achieve it.

And if he cannot, they deserve to know where responsibility lies. More on that later.

Grey Bruce expects its first crop in mid-fall and Tumbleweed is expecting its own in the late fall, but Singhavon’s plan to generate enough cash to both cover their debt and make the company profitable hinges entirely on those crops coming in without issue.

When asked how he could be sure his company could come up with the cash in so short a time, Singhavon dug in his heels.

“With our current cost to produce at Alberta [Craft Cannabis], which is high, we think our costs will be lower at Grey Bruce and Tumbleweed because we built these facilities from the ground up. They’re much more efficient.”

“But if we assume the same average cost per gram [considering GTEC’s 4,000kg fully-built out capacity], that gives us a gross margin of about $19M. From that $19M, we estimate somewhere in the vicinity of $2.5M to operate the parent company. Including our interest payments to Invictus and MMCAP on an annualized basis, we’re going to have about $16M of free cash flow.”

GTEC’s association with MMCap is worrisome. According to the Financial Post, MMCap is a Cayman Island-based “opportunistic multi-strategy fund” which “bills itself as being focused on mergers, short selling, convertible arbitrage and other “special situations.””

On the condition of anonymity, cannabis sector executives told equity.guru that MMCap’s investment strategy revolves around shorting the companies they loan money to, bringing the stock down.

When confronted over this, Singhavon said “Without MMCAP’s investment, GTEC would not have been able to execute on its initial plans. In terms of ‘do they short stocks?’ I think as a fund, you have to execute a strategy that ensures you are delivering attractive returns for your stakeholders, which may comprise of long or short strategy, depending on the company. As far as I am aware, MMCAP has always been long on GTEC.”

Fair enough. Back to revenue. Projecting $26M in sales for the year and $19M in gross margin when the last quarter delivered only $109K in revenue is a bold statement, but Singhavon says it’s not as impossible as one might think.

Singhavon knows he can’t assume things will go according to plan. In his own words, you can’t expect the crops harvested middle of May can be used to pay off debts in June.

But what he’s presented is a clear, and attainable, path forward for his company which financial news publications have neglected to weigh in contrast to the company’s woes.

Singhavon said he believes a fuller picture of the company’s recent financial performance narrows the gulf between his stated goal and GTEC as it stands today.

The $250K down payment, which GTEC put on Canopy Growth’s Kelowna property, is a good example. Even if GTEC is unable to pay for it, the down payment isn’t the liability it was made out to be:

“At this time, it seems unlikely the acquisition of the Canopy facility will go through as originally planned. If this is the case, GTEC would see their refundable deposit returned and the deal would be terminated.”

What The Deep Dive forgot to mention, according to Singhavon, was the subsequent events listed in their Q2 MD&A.

GTEC sold the majority of their 166 kilograms of inventory post end of Q2, Singhavon said. Even accounting for only selling 51% of 166 kilograms, roughly 85K grams, and further discounting the company’s bulk wholesale cost-per gram of $5.86 to $4.70, the company’s revenue was far from $109K.

“[The Deep Dive] could’ve sandbagged the numbers if they wanted. They could’ve used 51% of our inventory, discounted the price per gram by 25% and it’s still $400K of revenue even if you sandbag it.”

Singhavon added his company’s revenue numbers were hurt further by two harvests being held back, which is required for the pending Health Canada inspection.

As the company was in the ramp-up stage, its only revenue has been from B2B sales, and that was mostly to receive feedback on the quality of their product.

How is the company bringing costs down then? Even with $510K in revenue, expenses still totaled $2.68M for the quarter.

Singhavon says his main cash-drain is the construction of GreenTec Bio-Pharmaceuticals. In a doomsday scenario where cash was tighter than it is today, GTEC would simply delay construction for a quarter, he says.

Now, Alberta Craft Cannabis is fully operational and cash positive according to Singhavon, and Grey Bruce and Tumbleweed are expecting their first harvests shortly.

Both are completed and don’t require any more capital expenditure, only operating expenditure.

The same is true for professional fees. During the long ramp-up, the company has needed to engage in extensive consulting with designers, growers and regulatory experts. Those are mostly done with and were never meant to be long term, according to GTEC’s CEO.

Now, that licenses have been gathered and facilities built out the company is almost at full capacity and these expenses are expected to dwindle.

But when combing company financials for more worrisome expenditures, down by the bottom, a curious note appears.

in Q2, GTEC has also made an interest-free loan to Cannabis Cowboy, a dispensary chain in Alberta, for $3.77M. Entirely interest free.

The notes are non-interest bearing, due on demand, have no fixed terms of repayment and are secured by Cannabis Cowboy’s assets.

The loan was to secure a 25% of the company’s shares. If Cannabis Cowboy doesn’t execute, GTEC has provisions in which they can demand the loan payment, and likely converting it to increase their equity percentage. Cannabis Cowboy is required to pay GTEC 50% of its net income towards the loan. Once the loan is repaid, GTEC would still retain its 25% equity stake.

Singhavon says it’s a ‘loan to own’ strategy. Though more aggressive (and therefore, riskier), if the dispensary chain starts making money, GTEC gets 25% of the profits. But that’s an if.

Additionally, Singhavon said he could not disclose when his company would receive the loan repayment in full, something GTEC shareholders are anxious to learn, but the aggressive nature of the loan is a ballsy play.

As a 10% stakeholder in his own company, and with his back to the wall, Singhavon must be comforted knowing Alberta is the biggest cannabis market Canada has to offer.

With our time almost up, the question of accountability had to be asked.

EG: Volume is low, share price is down, market cap has been shredded and you own 10% of the company’s shares. To the retail investor, GTEC doesn’t look particularly appealing. What is the plan?

Singhavon: “We have to give a retail investor a reason to look at us. The only thing that will change that is earnings and moreover, earnings per share.”

“We want to execute on our numbers, we want to complete the build-out of our other two facilities by year end, getting plants in the door early next year. We are also very cognizant of our dilution which is why we’re not doing any sort of equity or convert round for the Canopy acquisition. Selfish me, I’m the biggest shareholder. I want to make sure I don’t take away from our earnings per share.”

“No overly forward looking statements, no aggressive stock promotion. Come up with compelling sales,revenue and earnings, execute on our business plan and eventually the stock price will turn around.”

EG: When is the turnaround?

Singhavon: “When Grey Bruce and Tumbleweed make their first harvests and we ship product into provincial supply chains, during November of this year, we’ll have some pretty compelling numbers…Q3 is going to be an improvement in sales and a reduction in our operating expenses…Quarter by quarter you will always see an upward trend for the next year.”

EG: If we don’t see this trend, barring a regulatory issue like Health Canada barring B2B sales across the sector, will you step down?

Singhavon: “I would say so yeah. If I’m not increasing our sales as I’ve increased our capacity, there’s something fundamentally wrong with the organization…if we’re able to sell product and we have new strains and we’re not getting our yield targets and getting $3 per gram because the product is shit, that’s an operational issue. It’s my fault for letting it get that bad.”

Full disclosure: GTEC Holdings is an equity.guru marketing client, but it’s investors like you why we get up in the morning.