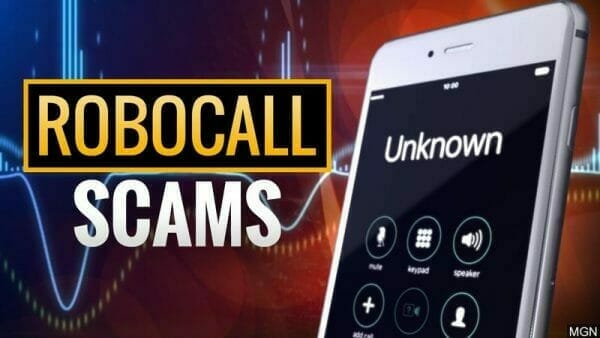 The United States has had enough from bullshit robocalls that their government has actually gotten off their collective asses and called up their buddies in the major telecom companies to do something about it.

The major telecoms and attorney’s general from every state are coming together to form a pact to eliminate robocalls. The joint crackdown is part of the Federal Trade Commission’s (FTC) ongoing assault on pre-recorded telemarketing calls called “Operation call it quits.”

““Every year, our office gets more consumer complaints about unwanted robocalls than just about any other issue. At best, these calls represent a nuisance for families just wanting to enjoy peace and privacy without needless disturbances interrupting their routines. At worst, they represent scams that successfully steal people’s identities or hard-earned money. In Indiana, we are quite serious about stopping illegal robocalls, and our alliances with such partners as the FTC will prove a valuable asset in this mission,” said Indiana Attorney General Curtis Hill.

Smaller carriers are thought to be targets for these illegal calls, and they’re not involved for now, except as passive recipients of pressure from the larger carriers through any contracts they may have.

Participating companies will cut off robocalls from their networks before they can bother customers, and include free blocking tools. They will also cooperate with state law enforcement agencies in investigations.

Here’s a list of what the commission’s done so far:

Meanwhile, in Canada, we’ve got our own problems with the pre-recorded Chinese lady who, I’m told, informs us that our taxes are overdue and we’re on our way to jail.

Surprisingly, though, the Canadian Radio-television and Telecommunications Commission (CRTC) isn’t asleep at the wheel on this one. They’ve ordered each telecom to compile fake numbers corresponding to robocalls and other undesirables, and implement a system automatically block calls by December 19th, 2019.

“The CRTC is taking a variety of actions to tackle nuisance calls. We are confident that this latest decision will help reduce the number of illegitimate calls Canadians are forced to deal with regularly. A call-blocking system will provide them with an additional level of protection, while ensuring they continue to receive legitimate calls, and encourage providers to continue their work on this issue,” Ian Scott, Chairperson and CEO of the CRTC, said in a press statement.

The CRTC new system will target calls with caller ID with more than 15 digits or isn’t a recognized  number we can dial (like 000-000-0000). These calls will be blocked before reaching the subscriber, and providers that have already produced their own filtering services will be exempt from the requirement.

Will that be enough? Probably not for either country.

Clearly, robocallers will adapt and get numbers that meet parameters set by the CRTC, and blocking individual numbers won’t work because there’s nothing stopping from bad guys getting new ones.

Our email accounts can block individual addresses from getting through, automatically shunting them off to spam folders or the like: why can’t the phone company do the same with unwanted robocalls?

Either way, whatever system we implement, hopefully we’ll have a leg-up in the leave-me-alone arms race.