Since I’ve known and been covering former Supreme Cannabis (FIRE.T) CEO and current President John Fowler, I’ve referred to him as the T-1000.

The name, initially anyway, was just a throw away line. But it stuck over the years, because I wasn’t the only one who saw him as part man, part machine, all unstoppable.

Operations man John Fowler is killing it, both at the facility and in boardrooms.

Every call I have with Supreme starts with the same question; “Fowler still there?”, because, for mine, the $30-50m of market cap that should be on that stock emanates entirely from Fowler’s Terminator-like ability to walk through walls to get the job done.

Fowler is the T-1000 of weed companies. If Supreme locks him down for permanents, reallocate your RRSP.

And for that, the market has paid absolutely no respect at all. 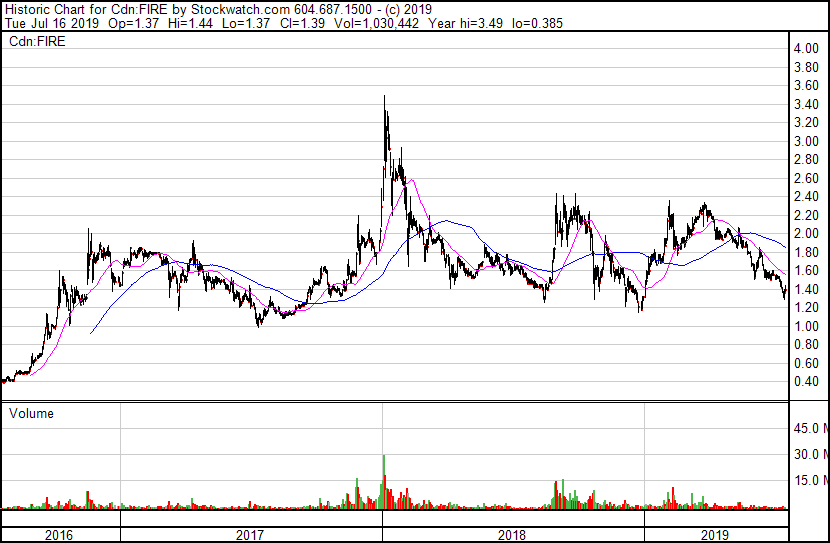 Look at that share price back in late 2016. Supreme was MORE EXPENSIVE back then than it is now.

Do you know what you got for your money back in mid-2016? A small grow room and a license. That’s all. There was nothing else.

Hell, they weren’t even planning to sell to the public back then.

7 ACRES is currently the only Canadian Licensed Producer which is focused primarily on the Business-To-Business (“B2B”) marketplace, supplying bulk cannabis to other legal sellers of cannabis. Management believes the B2B business model offers stable revenue growth via termed sales contracts while reducing the risk of competition at the point of retail sales.

In fact, in mid 2016, having recently achieved their cultivation license, in Supreme’s MD&A of the time, the company said they weren’t going to actually grow product for sale at all in the near future. Rather, they began ‘phenotyping’, where they grew specifically to identify plants with qualities they wanted to hone in on and multiply over time.

Take it away academia:

“In plant breeding and quantitative genetics, usually hundreds or even thousands of measurements are performed to select superior individuals or identify regions in the genome controlling a trait.”

Abandoning short term sales that would have propelled the share price in favour of identifying the plant IP they’re now benefiting from was not popular. Investors were catching colds they were so chilly on the company. Sure, it had flown upwards in price like every company of the moment had, but while competitors were breaking their arms to sell as much product as possible and generate big patient rosters and build massive facilities, here was Supreme farting about with DNA and growing hundreds of plants they’d never sell to find the one with the nicest smell, or colour, or yield.

It was an outrage!

As a result, the company’s stock hovered, shifting about with the winds but never setting a real course in one direction or another. Long time shareholders ditched out as they saw massive gains in stock price elsewhere, and other long term investors replaced them, convinced their being invested in the smartest guys out there would, eventually pay a dividend.

Meanwhile, Canopy Growth Corp (WEED.T) was shitting gold bars into the hands of its investors. 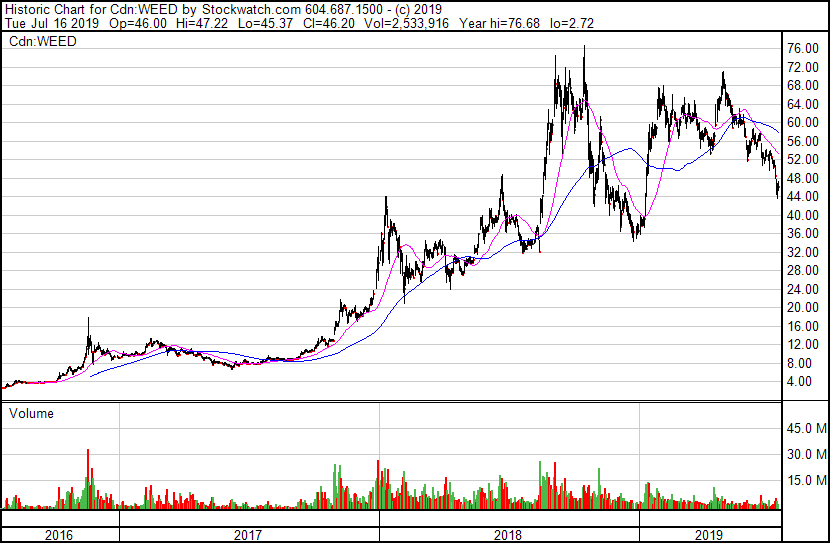 If one judges a company solely on market cap, Supreme has been a fat loser, and Canopy – and Aphria and Aurora and Cronos – have been big winners.

So why am I not writing about Canopy today? Why isn’t it Aurora Cannabis Day or Aphria Day at Equity.Guru?

Because fuck you, that’s why.

Supreme Cannabis didn’t chase a fat medical patient list, because we all knew medical weed was a two year deal, a trojan horse to help evolve towards full legality, and that would eventually become largely unimportant.

And Supreme didn’t blow hundreds of millions on amazing huge million square foot facilities that, we now know, can barely produce middling levels of quality, and are going to become unmaintainable when outdoor weed shows up on the cheap. Instead, Supreme builds more rooms when it needs to – when product sells out and customers demand more, as is happening with all Supreme SKUs today.

And even when Supreme finally reached the point where it was allowed to sell product, it didn’t – instead vaulting a lot of it, betting that it would be worth more when full rec showed up, and that it made little sense to break your arm getting product to a small market, for a fat loss, this month rather than next.

Those bets ultimately paid off; Supreme product is rapidly becoming the first true ‘brand’ that customers ask for by name. Large numbers are putting their names on call lists at dispensaries, eager to be told when the next load will arrive, and prices have headed northward as that happens.

Any $FIRE from 7acres has an unparalleled experience. The terpenes are engulfing (so nice), the dense buds sparkle, the trim is tight, the smoke is smooth…amazing. Their #jeanguy is my top pick, can’t wait for #Khalifakush @TheSupremeFIRE #respecttheplant

The smell, taste and aesthetics is unrivalled.

Best smoke of any LP to date. pic.twitter.com/BFg43EjM4U

NOTE: I didn’t have to look hard to find these testimonials, as they’re everywhere. Other companies supply the same Jean Guy strain (Emerald and Tilray etc.), but nobody gives a toss about those because it’s not just the strain, it’s the genetics of the strain each company is using, it’s the way that strain is grown, and nurtured, and harvested, and trimmed.

Supreme has quality on lock, and that is starting to really matter. especially in a market that is only allowed to grow through word of mouth.

Added to which, if we go back as far as that 2016 period where the company raised some $60 million in quick time, today, with the share price at the same level – they have $70 million in the bank.

This is a company that could easily have gone after the shiny things and played the market cap game, but they went the other way, choosing only to buy things that were best of class, plugged in well to their long term vision, and were staffed by people they knew would deliver.

That long term plan continues to play out today and has set the company up nicely for what’s coming next in the cannabis world: a balance sheet led evolution.

Canopy generated market cap, no question, and to recently fired CEO Bruce Linton, the utmost respect is due for doing that one thing better than anyone else in the business BUT…

When you have a market cap you can’t justify, what happens next?

When you have spent hundreds of millions building early market share, but it’s falling quickly, what happens next?

When you’ve overpaid for assets to help get there, and those assets begin to be written down, what happens next?

Canopy has some real work to do, but they’re not alone here. There’s a war going on out there in the Canadian cannabis space, and some companies are struggling mightily to hold onto what they have, let alone grow.

Organigram, which has been coming along nicely lately still had to explain why their numbers are down in their last quarterly. Supreme’s numbers are not. They’re going in the direction you expected every LP would.

From the most recent financials:

The metric that makes me really like this story is this:

From where I sit, this makes no sense at all and was the genesis of our first dedicated day where the entirety of the Equity.Guru website is focused on one company.

Today, you’ll see videos, hear podcasts, and read articles from today and yesterday on Supreme’s financial position, and their subsidiaries, you’ll get a full company analysis from Lukas Kane, and as much information as we can properly display about what we feel is the single most undervalued, high upside cannabis company in Canada today.

Supreme Cannabis (FIRE.T): Enough screwing around, you guys, get behind quality