In the annals of history, the concept of ‘win/win’ will be looked back on by future folk to be properly defined by today’s news Canopy Growth Corp (WEED.T) is making an offer for Supreme Cannabis (FIRE.T) at a $435m valuation.

Admittedly, it’s not a win for those long underwater on FIRE stock, but acquisitions aren’t made to benefit those looking backwards.

The cold hard truth of the matter is, Supreme has long been flattened by moneylenders who yank its leash whenever it looks like taking off. For almost a year, Supreme topped out at $0.30 and more recently $0.15, unable to do a decently priced financing, unable to inspire new investors as a result, and becoming a self fulfilling slow motion train wreck over several years.

Canopy meanwhile continues to sell ditchweed as a business model and struggles reputationwise with every passing month, burning through dumpsters of dollars every quarter, writing down assets, and relying on the sheer mass of its available SKUs and subsidiaries to bring in market share.

To be clear, this deal is two guys with one leg each, wrapping their arms around each other so they can walk a straight line.

Supreme investors may or may not be happy, depending on their entry point. A stock that sat around $3 at its peak, when anything cannabis related was enjoying crypto-like irrational exuberance, the downturn came suddenly and hard, related mostly to debenture load that the Canadian weed market couldn’t cover.

A change of management came in – rather, several changes. But none could produce the magic needed to untie the anchor keeping Supreme underwater, and the company’s fabled high quality products recently began sinking back to the industry norm.

Frankly, this was the time to pull the plug at Supreme and accept their new corporate masters, while there was still a 66% premium to be had, but it would have made far more sense for the two companies to join forces a few years ago, before Canopy developed it’s reputation for trashweed and Supreme ran out of viable alternatives.

We repped FIRE way the hell back in the early days, when it was a $0.07 stock, and enjoyed watching it run into the dollars. Sadly, a lot of those that rode that run fell in love with the idea that cannabis would eventually be profitable enough to warrant the market caps they were getting, and stayed in too long, watching the stock collapse. 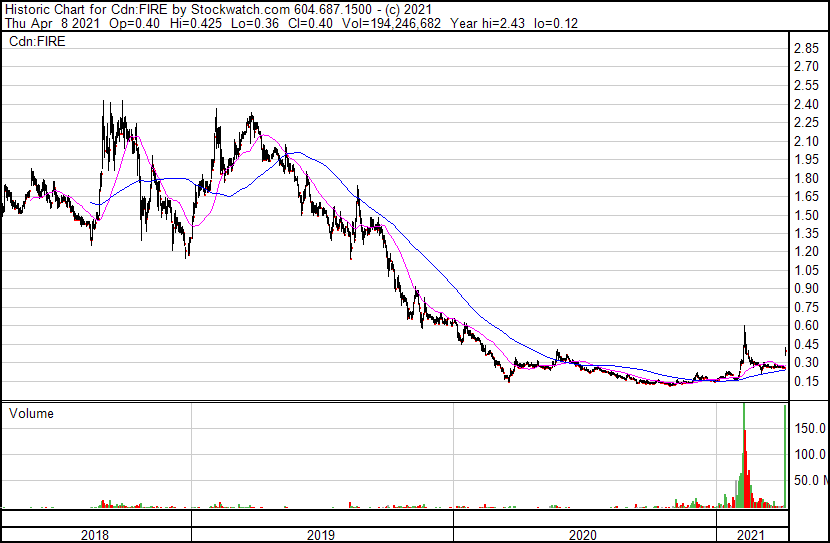 Just as with everything Canopy touches, we’re unlikely to see them let the 7Acres brand just do its thing or be propelled skyward with more financial and marketing backing, and will likely see it eventually swallowed whole like Bedrocan, Mettrum, and Hiku before it. Historically, Canopy’s acquisitions have been about buying market share more than developing sub-brand excitement.

This may be the exception to that rule – 7Acres does have some cadre among customers, myself included. And their team does know how to make a facility grow product without having top stuff the furnaces with mistakes. And, in comparison to some of what Canopy has bought before, they actually got Supreme for what I’d say is a decent price.

Canopy investors don’t appear as enthused as Supreme homers do. WEED stock is down 3% on the news, while FIRE, predictably, is up in line with the premium being offered.

And with that, The House That John Built becomes greenhouse #42 for Evilweed Inc.