College students shed a collective tear for Jim Beam warehouses, up in smoke after lightning strike

Nobody was harmed in the explosions. The fire continues to burn because putting it out using hoses could lead to potential contamination of a nearby river that feeds a drinking water facility. The fire department will let it burn for another six to eight hours, according to Drew Chandler, the Woodford County emergency management director

Let’s consider that the standard bourbon barrel typically holds around 53 gallons, enough to fill 150 to 200 750-milliliter bottles. If every barrel in the fire contained bourbon, and we can’t be certain if they all did, that could mean a loss of six million bottles.

Consider for a second that a 750 milliliter bottle goes for around USD$15 a bottle, we can do a little quicky math and come up with a figure like $2,250 lost per barrel. If six million bottles worth of Beam were burned up, then that would roughly spell a loss of $90 million.

On a more serious note, the United States has a somewhat checkered history with alcohol-inspired catastrophes, regardless if they’re from distilleries or storage, with enough incidences to make one wonder whether the entire country is one spirits-soaked bomb ready to go off at any moment.

Kentucky has now had five such noteworthy explosions since 1994, and Jim Beam’s been involved in two of those five.

The most recent example is from last year, when on June 25, 2018, a warehouse collapse in Kentucky choked nearby streams with the bodies of dead fish, revealing shortfalls in safety inspections. It was later discovered that the buildings where Kentucky distilleries age their products could often go decades without independent inspections for both structure weaknesses or safety issues.

U.S. regulations say that bourbon must be:

Notably absent is anything detailing quality and maintenance of storage facilities and regular inspections.

If there’s a silver lining in all of this, it’s that the destroyed spirits were “relatively young whiskey” according to parent company Beam Suntory in an e-mail.

“Given the age of the lost whiskey, this fire will not impact the availability of Jim Beam for consumers.”

Well, isn’t that nice? If the firehoses don’t successfully contain the blaze, then maybe the people in that nearby town can just soak up the Jim Beam in their water supply, and throw a party.

The loss won’t likely even show up as a blip on parent company’s Suntory Food & Beverage’s (TYO: 2587) balance sheet (they’re up 0.21%, rising $0.18 to close at $22.01 today) given the depth of their portfolio, but thirsty college students will probably hold a moment of silence for all that spilled whisky. 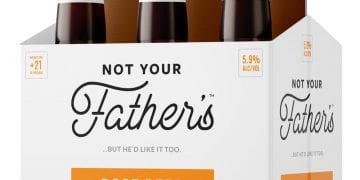 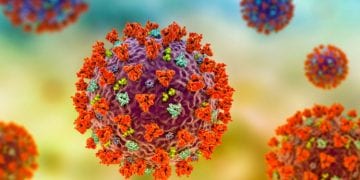