On Wednesday, the Las Vegas-based holding company behind Cannabis Life Sciences and Oasis reported a record-setting month of May with revenues surging across all major business streams.

What it must be like working at Cannabis Life Sciences these days.

In an official press release, CLS Holdings reported system-wide revenue of $1,058,867 U.S. in May, an increase of 85% from year-ago levels.

A deep dive into the revenue results reveals growth across all major lines of business.

The Oasis cannabis subsidiary, which operates mainly in Nevada, accounted for the lion’s share of CLS company revenues in the fiscal third-quarter ending February 28, 2019. Those results are available here.

Glashow said the City Trees division will launch a new CBD line of products “in the near future.” He added: “We are also now under construction and anticipate completion in October of our proprietary extraction and conversion production facility.”

The Oasis dispensary is expected to maintain its sold growth pace for the rest of 2019, Glashow said. 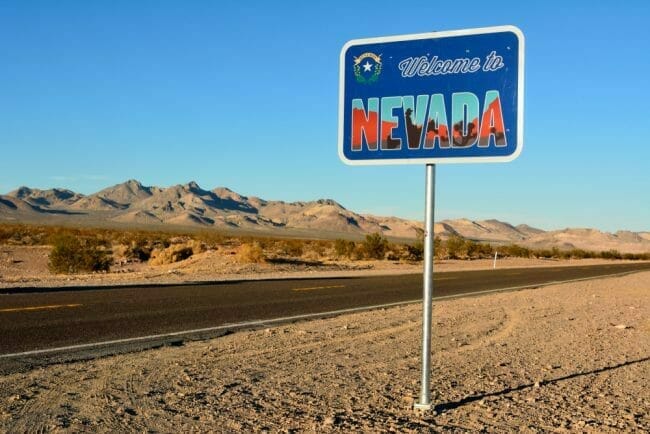 As a diversified cannabis company, CLS Holdings has managed to achieve significant growth by focusing on just one state initially: Nevada.

The green plant has added tens of millions of dollars to state coffers. Marijuana tax revenues approached $70 million for the first fiscal year ending June 30, 2018. Legal marijuana sales reached $529.9 million overall, with recreational use accounting for 80% of that total.

We anxiously await the next annual update very soon.

CLS rose to prominence by patenting a proprietary cannabis extraction method that prioritizes quality and consistency over sheer quantity. Basically, this puts CLS in the category of craft cannabis.

But the focus on quality comes with an 18,000 square-foot production facility in Nevada, which  allows the company to prioritize expansion in the very near future.

CLS is now in position to grow beyond state borders. Massachusetts is on the radar next. Cannabis Life Sciences is expected to enter this Northeastern market by the end of 2019.

Companies like CLS are scaling up at just the right time in America’s pot revolution. As the company plans to expand its subsidiaries into Massachusetts, the U.S. labour market is adding legal cannabis jobs at an unprecedented rate.

In 2018 alone, the legal marijuana industry added 64,389 jobs. That’s an increase of 44% year-over-year, according to Leafly and Whitney Economics.

While that may seem like a drop in the bucket, more Americans are now employed by the marijuana industry than coal mining or textile manufacturing. Pot sector employees have probably already topped brewery workers, which totalled 69,000 in 2018.

Jobs growth is one of the most tangible signs that an industry is moving in the right direction. For investors, hiring trends reveal whether a specific industry or market segment is living up to its hype.

There’s no shortage of hype in the recreational cannabis industry. But unlike biometrics, Web 2.0, green IT or grid computing (more overhyped industries here), the pot sector is actually paying people and changing lives.

At this stage in the early-adoption game, record-breaking months will likely become commonplace for CLS. It was just two months ago that we reported CLS’ best month ever. If hiring trends are an indication of where we are headed, then we could be reporting back very soon.

CLS’ stellar earnings update was quickly snatched up by investors, who drove the company’s share price to fresh monthly highs.

The company’s share price rose by as much as 7.1% Wednesday morning and eventually peaked just north of $0.32. At current values, CLS Holdings has a total market capitalization of $40.4 million but is still trading at a major discount relative to last year’s peak.

Full Disclosure: CLS Holdings is an Equity Guru marketing client, and we own the stock.