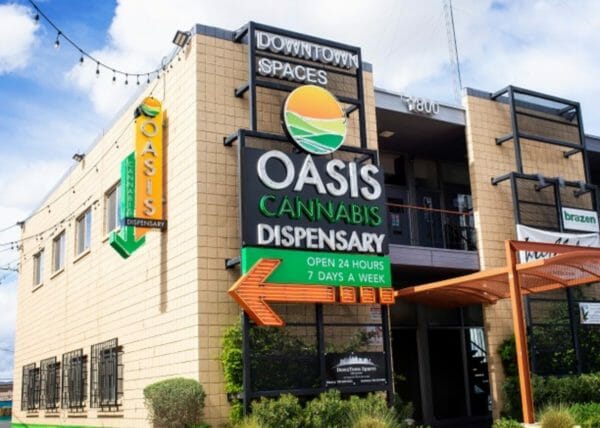 Revenues are quickly becoming the new watermark through which to judge companies in the cannabis space, so Cannabis Life Sciences Holdings (CSE:CLSH.U) is fairly chuffed that their subsidiaries, The Oasis Cannabis dispensary and City Trees, have set a new revenue record of USD$ 1 million in March 2019.

To put this in perspective, the $174 million valued Wayland Group (WAYL.C) booked revenues of $1.9m in the first nine months of 2018, a figure the $45 million valued Cannabis Life Sciences will top in a single quarter, from just one of their dispensaries.

This is how the deal to acquire Oasis Cannabis looked in mid-2018, when CLSH.U snagged it:

Meanwhile, their City Trees wholesale brand added another $453k to the bottom line.

Oasis is also working on their own 25k square foot cultivation and production facility to produce up to 6,600 pounds of their own cannabis. City Trees is doing business out of 33 dispensaries in Nevada.

The CLSH.U team is feeling good:

“In the past 90 days we’ve made a number of positive changes. These changes have resulted in increased revenue, increased margin, consistent growth of daily customer traffic and an organization that is currently executing at a high level. I am really proud of the effort all our team members make on a daily basis. In the weeks ahead we look forward to providing additional information including the results of our quarter ended February 28 2019,” said Andrew Glashow, President and COO of Cannabis Life Sciences.

In Massachusetts, which isn’t included in these numbers, CLSH.U continues to build out.

CLSH started by acquiring In Good Health, an established dispensary located in Brockton, Mass. that’s been around since 2015, enjoys the honour of being the second licensed medical dispensary in the state.This added another 18,000 registered patients and 1,700 homes to their sales and state-wide delivery footprint. That makes them one of 48 licensed dispensaries serving a state with a population of 6.9 million people.

That’s a big customer footprint compared to the state of Colorado, which has 364 dispensaries serving 5.6 million people.

In Good Health’s product range includes CBD, cannabis oils and flower, and their website includes information not only on the products, but also data on what the consumer can expect while ingesting them, such as the ‘mood data chart’ below for their Captain Cook strain.

This deal comes with an 86k square foot facility in Leicester, Mass. that’s expected to produce 28,000 pounds of flower and 240,000 grams of extract a year. Their first harvest is in Q1 2020, and the expected revenue from this facility is north of $100 million.

If they’re worth 1/4 of WAYL, with just one dispensary doing double WAYL’s quarterly revenue PER MONTH, well, I’d suggest that’s worth a deeper look.