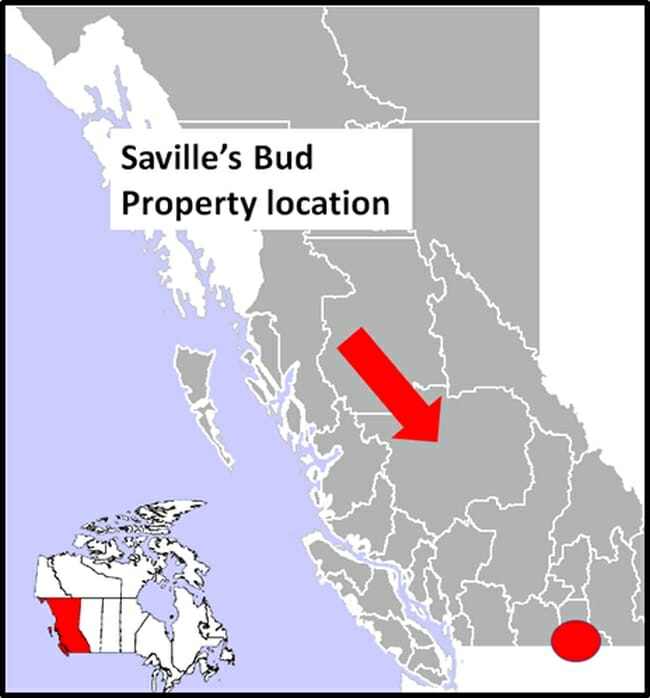 “Saville Resources is valued at a market cap less than a Vancouver teardown,” wrote Equity Guru principal Chris Parry on December 3, 2018, “Others can dig deeper into the scientific specifics of Saville’s project, because really, that’s not what I see as the value proposition here. When I buy a mining stock, I look for three things:

The Bud Property is not Saville’s “principal asset” – which is the Niobium Claim Group, consisting of 26 contiguous claims, encompassing 1,223 hectares in Quebec.

The Niobium Claim Group is considered highly prospective for niobium and tantalum.

90% of Niobium is used to micro-alloy steel, “increasing toughness, strength, formability, and weldability”. The niobium content in steel is typically less than 1 part per 1,000 but it is critical to specialised steels used in car manufacturing.

Tantalum is used as a substitute for platinum, as well as in cell phones, video game systems and computers.

“Niobium and tantalum are on the list of US ‘critical elements’ which, according to the Department of the Interior, are critical to the economic and security needs of the U.S.” wrote Parry, “the US needs more of them, and needs production to be secured, if at all possible, in North America.

Last week, Saville launched its maiden drill program on the Niobium Claim Group. Phase I of the drill program, focusing on the Mallard Target, will include 4 drill holes for a minimum of 700 meters.

We’ll continue to track the Niobium drill program in Quebec, but for now let’s get back to the Bud Property, situated within the Boundary District which has historical production of 7.5 million ounces gold.

In 1898, a New York-based organization purchased the Mother Lode mine in 1898, then built a smelter at the mouth of Copper Creek.

120 year ago, The Vancouver Province newspaper described the Greenwood smelter as “one of the most complete and modern in the world today.” It ran 24 hours a day – employed 47 men, processing 106,000 tonnes of ore. At is peak in the early 1900s, Greenwood had 20 hotels, 5 brothels and 3,000 residents. 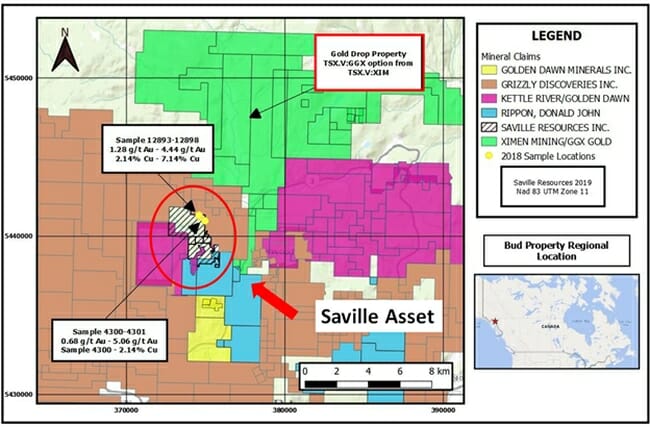 Saville’s 2018 field program consisted of the collection of 20 rock grab samples from bedrock at the eastern portion of the property.

Assays are listed in the table below. 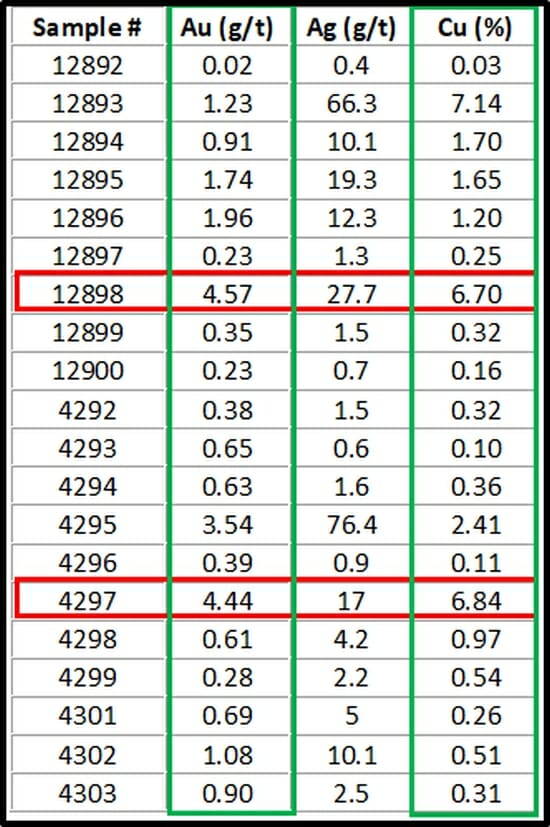 Saville notes that “elevated gold values seem to be associated with elevated copper,” with 7 of the 20 samples returning values greater then 1.0 g/t Au and 1.0% Cu.

The Motherlode and Sunset deposits are situated within 500 meters of the Bud Property boundary and have historical production totaling 4.2 million tonnes at a grade of 0.8% copper and 1.3 g/t gold.

“I sure as hell won’t tell you to visit the Saville website,” wrote Parry on December 3, 2019 “which looks like it was built on GeoCities in 1997.”

If SRE’s website was a beer, it would be Bud Light.

If it was a celebrity, it would be Steve Guttenberg.

If it was kitten, it would be drowning.

Although there is no corporate presentation, project summary, or management bios, the SRE website does contain links to the news flow and a faint hopeful message, “website coming soon”.