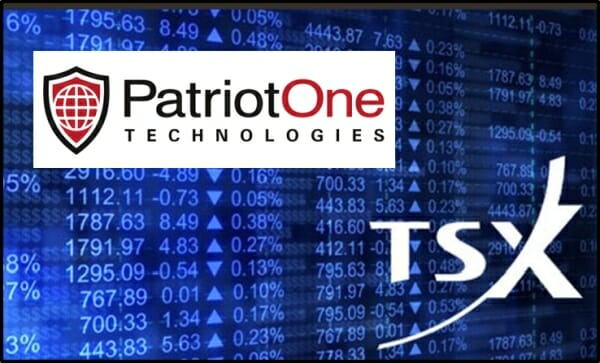 On March 6, 2019 Patriot One (PAT.V) announced that it has received “conditional approval to graduate its listing from the TSX Venture Exchange to the TSX”.

If PAT graduates to the TSX what – if anything – does it mean for the company and PAT shareholders?

Benefits of the TSX vs. TSX.V

Downside of the TSX vs. TSX.V

Companies with an internationally-resonating message have most to gain from graduation to the TSX.

With an Amnesty International Report calling “gun violence in the United States a human rights crisis” (40,000 Americans shot dead every year) there is a tendency to think of PAT’s technology as a solution custom-made for America. 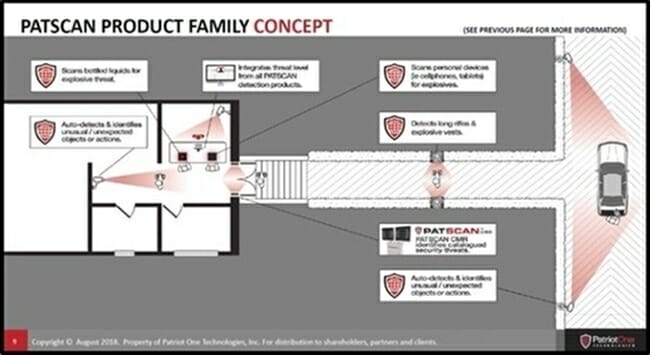 On January 29, 2019 PAT announced a Joint Venture (JV) to commercialize a technology for the “detection of explosives and other threats” such as chemical and biological agents as well as illicit narcotics.

The JV (Sotech Secure) – is a partnership between Patriot One and Nano-Bio Detection Systems – a Wyoming company that has developed airborne molecule-detection technology with the University of Texas.

This year, the market approves of PAT’s expanded ambitions. 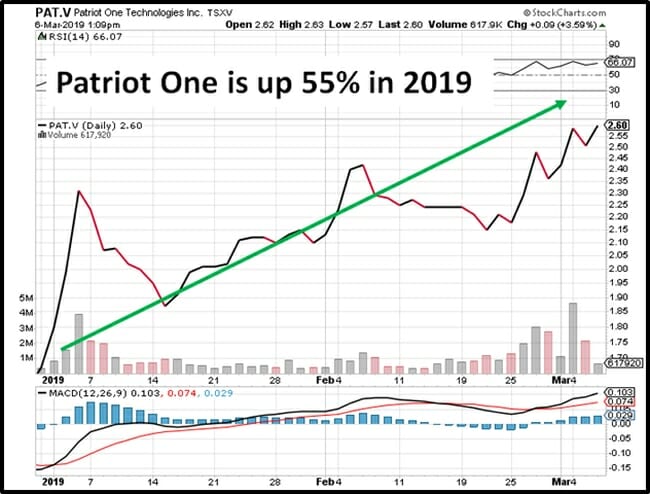 Final approval of the TSX listing is subject to various conditions which PAT “intends to fulfill in the coming weeks.”

Upon listing on the TSX, PAT’s shares and warrants will continue to trade under the symbols “PAT”, “PAT.WT”, “PAT.WT.A”, “PAT.WT.B” and “PAT.WT.C”.

“Since our launch on the TSX-V in November 2016, we’ve had several major successes that have contributed to this graduation,” stated Martin Cronin, CEO & President of Patriot One, “including the expansion of our PATSCAN threat detection solutions, acquisitions and joint ventures, large corporate partnerships, and the initial rollout of paid client pilots with our threat detection solutions.”

Full Disclosure:  Patriot One is an Equity Guru marketing client, and we own the stock.