If the world was inhabited exclusively by decent, well-adjusted people, Patriot One (PAT.V) (a weapons detection tech company) would be out of business.

Unfortunately, that is not the world we live in.

According to the Washington Post, “there are more than 393 million civilian-owned firearms in the United States – enough for every man, woman and child to own one and still have 67 million guns left over.” 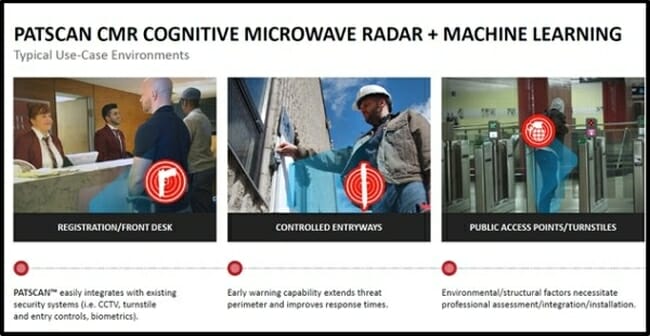 On November 21, 2018 Patriot One announced that is has closed a financing, raising $46 million.

Each unit is comprised of one common share and one warrant. Each warrant (PAT.WT.C) entitles the holder to purchase another share of PAT at $3.25 – any time in the next two years.

Recently, numerous U.S. soft targets have been targeted by shooters: a grocery store in Kentucky, a synagogue in Pittsburgh, a yoga studio in Florida and a college bar in Thousand Oaks, California.

“Attacks on public spaces — locations where civilians work, dine, shop, and vacation — are tragic for the innocent lives lost,” announced the U.S. Department of State.

“Restaurants, stadiums, and entertainment venues are designed to be open and accessible,” according to the gov. post. “These types of attacks, which generally involve some combination of suicide bombers, gunmen or hostages.”

The United States Department of Homeland Security defines the active shooter as “an individual actively engaged in killing or attempting to kill people in a conﬁned and populated area.”

“Most incidents occur at locations in which the killers find little impediment in pressing their attack,” states Patriot One, “Locations are generally described as soft targets, that is, they carry limited security measures to protect members of the public.”

Why aren’t these locations protected? Cost and availability of effective technology are two main reasons. 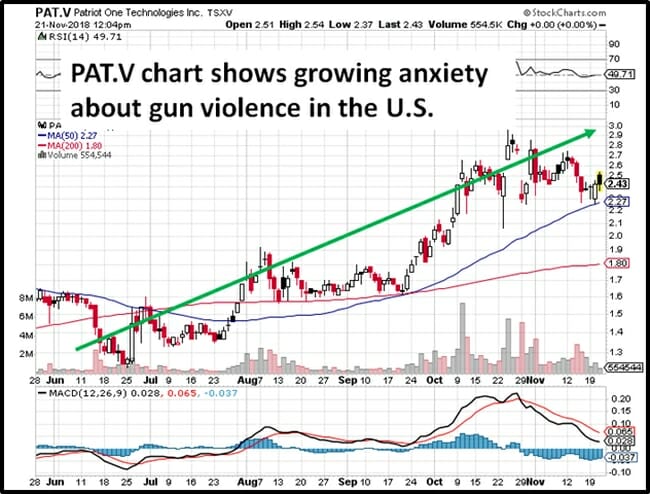 According to New York City Police Department (NYPD) statistics, 46% of active shooter incidents are ended through the application of force by police or security; 40% end in the shooter’s suicide, 14% of the time the shooter surrenders and, in less than 1% of cases, the violence ends with the attacker fleeing.

On October 24, 2018 Pat announced that it is partnering with Cisco Systems (CSCO.NASDAQ) on Cisco’s global innovation program.

According to PAT’s deck, commercial roll-out is anticipated Q1, 2019.

Investors are realising that that PAT’s technology is not dependent on an on-going parade of gun massacres. 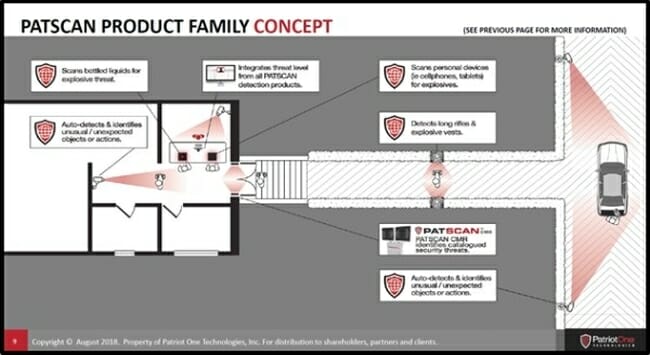 It is clear that once an Active Shooting event is underway nobody wins. The key is to short circuit the event through prevention technologies and security protocols.

The $46 million capital injection will be used to fund strategic initiatives, accelerate the deployment of technology and for general working capital purposes. 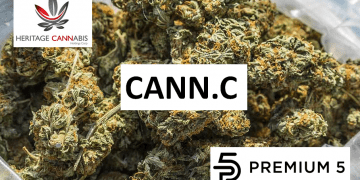