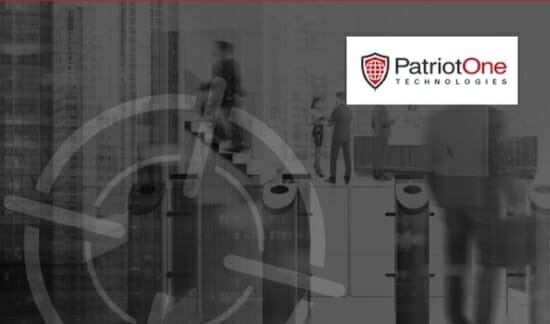 On January 29, 2019 Patriot One (PAT.V) announced that it is creating a new Joint Venture (JV) to commercialize a technology for the “detection of explosives and other threats” such as chemical and biological agents as well as illicit narcotics.

Explosives-detection is a significant expansion of PAT’s technological ambitions.

The system has been branded PATSCAN MCS (multi-chemical sensor).

The JV (Sotech Secure) – is a partnership between Patriot One and Nano-Bio Detection Systems – a Wyoming company that has developed airborne molecule-detection technology with the University of Texas.

As its initial contribution for a 50% interest in the JV, Nano-Bio has granted the JV a license to develop and commercialize the technology for applications relating to defense, security, prohibited substance detection and law enforcement.

“Our company has been evaluating innovations in threat detection for inclusion in our multi-sensor PATSCAN platform,” stated Martin Cronin, President and CEO of Patriot One. “This chemical threat detection technology is truly game-changing. I have no doubt that it will save lives both on the battlefield and in our cities.”

On January 10, 2019, PAT announced that it has purchased a New Brunswick-based company, EhEye – which automates weapons detection, disturbances and other suspicious behaviours through existing camera infrastructure.”

With an Amnesty International Report calling “gun violence in the United States a human rights crisis” (40,000 Americans shot dead every year) there is a tendency to think of PAT’s technology as a solution custom-made for an American problem.

This JV doesn’t change that, because the U.S. has had its share of bomb attacks:

April 19, 1995: A car bomb parked outside the Murrah Federal Building in Oklahoma City kills 168 people and injures more than 500.

January 22, 1998: Theodore Kaczynski pleads guilty in California killing three people and injuring 23 during a nationwide bombing spree between 1978 and 1995.

April 15, 2013: Two bombs explode in the packed streets near the finish line of the Boston Marathon, killing three people and injuring more than 100.

But the PATSCAN MCS (multi-chemical sensor) technology is a natural fit for international markets. 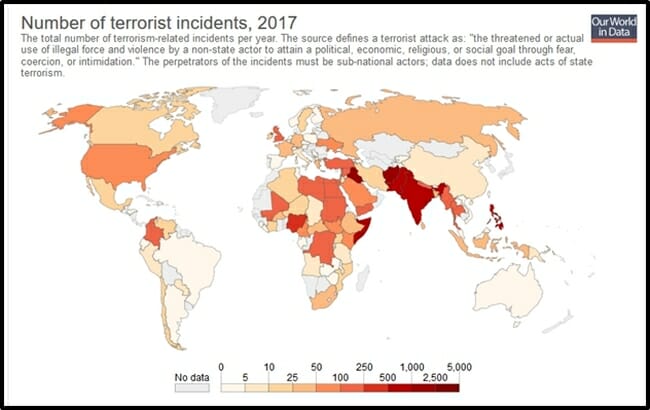 The JV will retain Craig Micklich, founding CEO of Nano-Bio, to act as the JV CEO and to lead its product development team.

Micklich has a hybrid background in money-management and military service. A former Senior VP with Morgan Stanley, he also served 13 years as a U.S. Navy SEAL – eventually earning his B.B.A. and M.B.A.

“My service in the U.S. military taught me that forewarned is forearmed,” stated Mr. Micklich. “I expect this stand-off threat detection capability will be a life saver for our general public and military personnel.”

The JV will engage Dr. Shalini Prasad of the University of Texas as a strategic and technical advisor. Dr. Prasad has a background developing Biomedical Microdevices, Nanotechnology, Bioengineering, and Communication

Oh yeah – she also has a Ph.D. in Electrical Engineering from the University of California.

Patriot One will pay Nano-Bio up to USD $3 million as follows:

Subject to board approvals, the JV anticipates that Patriot One will fund the initial R&D. Nano-Bio can increase its interest in the JV up to 70%, if it pays back Patriot One 100% of all development expenses.

Patriot One’s CEO Martin Cronin elaborated on the new JV at the January 29th at the 2019 CANTECH Investment Conference at the Metro Toronto Convention Centre.

Full Disclosure: Patriot One is an Equity Guru marketing client, and we own the stock.