According to the news release, Yield Growth is attempting to secure a microprocessing license, a research license and a medical sales license.

The company says it has plans to use these licenses to infuse it’s complete line of wellness products with cannabinoids, including both CBD and THC.

As legalization hits its stride above the 49th parallel, it is expected that Health Canada’s proposed regulations for cannabis edibles, extracts and topicals will be adopted into law sometime in October 2019. As such, Yield Growth intends to be at the forefront of this new industry.

So why is Incanco such a big deal? 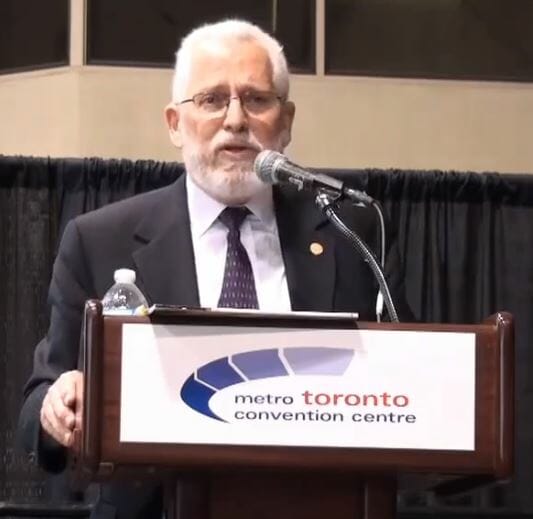 Incanco’s COO, John W. Conroy, is a vocal advocate for cannabis and an established figure in BC law, practicing since 1972.

Throughout his career, Conroy acted in numerous cannabis court cases and setting new legal precedents like his 2013 constitutional challenge which enabled Canadian medical marijuana patients to grow cannabis for themselves or to have it grown by their caregivers.

He is also the founding president of NORML Canada since 1976 and is the only Canadian member of the NORML Legal Committee in the US.

Since Conroy helped shaped current legislation, he’s probably a good person to have around to help steer through the morass of regulatory requirements.

According to the regulatory body’s website, of the 1,665 applications received by May 25, 2017, 265 were refused, 428 were in progress, 69 had been withdrawn and 858 were sent back because they were incomplete.

Conroy will be a good addition to the Yield’s intellectual arsenal as company CEO, Penny Green, said:

“We are extremely pleased to engage John Conroy to bring our cannabis topicals to market in Canada. We anticipate that with his expertise, we will be able to secure a microprocessing licence.”

The Incanco consultancy is also meant to help identify international opportunities for Yield Growth as well as help the company launch its own hemp root oil extraction and production facility.

As part of the agreement, Yield Growth is handing over 200,000 units to Incanco. Each unit consists of one share and one share purchase warrant which can be exercised at $0.34.

Incanco is on board for five years and is entitled to additional compensation throughout the term.

Green has seen the writing on the wall. The future of cannabis isn’t in the flower, it’s in the extracts and downstream products, like edibles. Constellation Brands’ (STZ.Z) multi-billion-dollar bet on Canopy Growth (WEED.T) is a clear indication of this inevitability.

In fact, the Brightfield Group, an cannabis industry analyst firm, estimates the hemp-CBD market alone could hit $22 billion by 2022.

However, despite the promise of this advancing extraction trend, 2019 is going to be even tougher on the legal cannabis sector as investors continue to shift their focus from promises to revenues.

As such, Yield is doing its best to live up to its name and had a busy news cycle in December. The company grabbed 400 storefronts in Oregon through its subsidiary, UJ Topicals, passed Health Canada’s stability and preservative tests and closed the year with an announcement its wholly-owned subsidiary, Urban Juve’s proprietary sunscreen formula passed the US Federal Drug Agency’s broad spectrum test.

If Yield is able to leverage its new relationship with Conroy and secure its licensing, it may push through the pack and build itself into a vertically integrated powerhouse in a nascent and potentially lucrative cannabis extraction market.

Yield currently trades at $0.35 per share, up 16 percent since markets opened. The company has a total of 78.14 million issued and outstanding shares with a market cap of CAD$27.35 million.

In the North American biotech space, you hear a lot of 'promise' from companies and...