A call to action and a new gold zone for Cabral Gold (CBR.V) 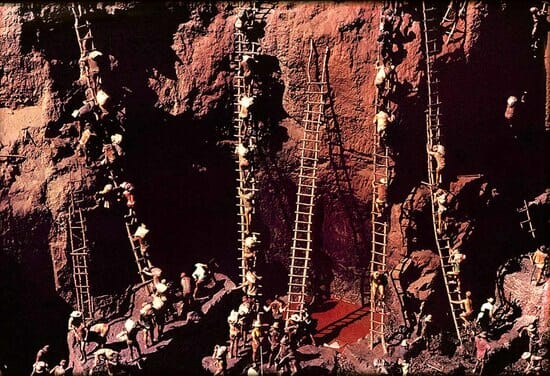 The current junior mining landscape might be described as a medieval battlefield at dawn. The battered and beaten remains of countless companies – many of which are good, asset rich entities – lay in smoldering heaps, discarded as rotting refuse.

If the gold market is indeed in the grips of a price suppression campaign, it would help explain the weakness we’ve endured over the years. But the problem may be deeper and far more insidious.

Issues such as multiple trading platforms (alternative market processing centers), HFT (high-frequency trading), spoof trading, and naked short selling are at the forefront investor concerns. And for good reason. They can put the average guy at a disadvantage. It gets insidious when nefarious entities get ahold of them and wreak havoc on a company’s share price.

A call to action…

I came across this impassioned post today over at ceo.ca by @Mikeymike426…

Sick of Naked shorting, Algorithms and bashers? Tired of watching good companies get sabotaged? Let’s talk about what we can do about it. Not one person can win this battle alone but together we can make a difference!!! #Fairshares is a movement I would like to bring to the doorstep of IIROC and even the government by starting a petition and even involve the companies affected on Canadian exchanges! It’s time to fight back! Retailers should not be on the losing end of investing.

I don’t know Mikeymike246 personally, but this is a message I hear time and again from frustrated investors. The message is clear. Mike, like many other informed retail investors, seek change. They demand action.

Above is a decade long chart of the GDXJ, an ETF reflecting the price action of a basket of small-cap gold and silver mining companies. Not a great chart. But the individual price charts on many of GDXJ’s smaller cousins – the junior exploration companies – are in far worse shape.

There are some noteworthy exceptions.

The Cabral Gold (CBR.V) price chart isn’t exactly inspiring, but it is holding its ground better than most.

The absence of complete out-and-out price chart destruction is a reflection of the solid work ethic Cabral management has applied to its Cuiú Cuiú project in northern Brazil.

I would expect that when the tide turns and investors begin pouring money back into this beleaguered sector – an event sure to happen – as sure as the incredulous look on your dumbstruck mug – Cabral will be among the asset rich juniors leading the charge to higher ground.

On November 19th, Cabral announced yet another new discovery on its prospective landholdings. 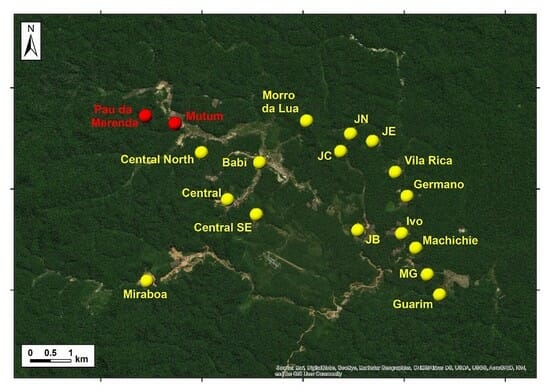 Every time I look at this aerial map it changes. It gets busier. All of the yellow dots represent either gold zones or resources. The two red dots along the top left represent new additions to the Cuiú Cuiú family.

This new zone is located on the eastern side of the 5-kilometer long Pau de Merenda – Central mineralized corridor, roughly 1.5 kilometers northwest the company’s Central gold resource (500,000 oz’s of gold in the Indicated and Inferred categories).

This prospective corridor is defined by an extensive gold-in-saprolite geochemical anomaly.

The highlighted intersections define a northwest trending zone with a strike of at least 150 meters. The width and strike extent of this new zone are wide open.

“Rock chip samples from sub-cropping veins exposed in artisanal placer workings extending up to ~40m SW of this last sample position have returned grades of up to 66.3 g/t gold.”

On the subject of artisanal placer workings, the following slide gives you an idea of the scale of this activity. It also adds an element of mystery to the project (note the ‘unexplained placer workings’)… 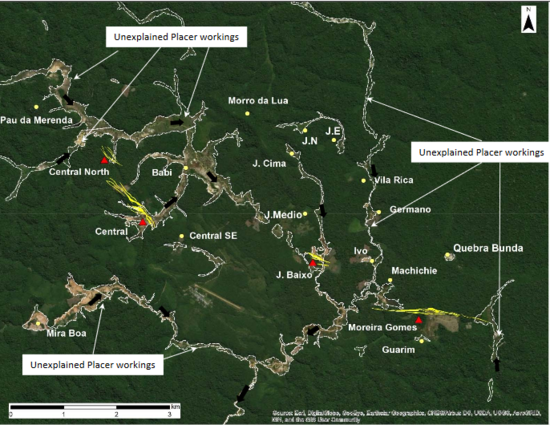 Pau de Merenda is located along strike and 2-kilometers northwest of the Central gold deposit.

The target is overlain by a >100 ppb gold-in-soil anomaly centered around a northwest trending ridge.

Channel sampling of a trench at Pau de Merenda returned 4.1 g/t Au over 15 meters (including 23.5 g/t gold over 1.6 meters) in an area that had seen previous drilling.

The width of this zone is open for expansion. A trenching sample which returned 60.7 g/t gold over 0.3 meters is interpreted to be the up dip extension of the mineralized zone tagged by previous drilling. This historical drilling intersected broad intercepts of mineralization in holes CC-20-07 (1.8 g/t gold over 47.1 meters), and CC-19-07 (1.1 g/t gold over 30.2 meters). See map below.

Alan Carter, President & CEO of Cabral had the following to say regarding these new results…

the identification of a new zone of surface gold mineralization within the Central – Pau de Merenda target corridor is highly significant and lends further credence to our belief that this area will produce additional resources at Cuiú Cuiú. The higher grades from the trenching at the Pau de Merenda target itself further support the potential to expand the mineralization at that target and define another deposit. I would like to extend my congratulations to our exploration team in taking two more important steps in demonstrating the significant gold potential of the Cuiú Cuiú project.

If you’re looking for greater detail on the company, the following Equity Guru articles will help bring you up to speed….

The Tapajos region was the scene of THE largest gold rush on the planet between the mid-1970s and mid-1990s. All told, an estimated 30 million oz’s of placer gold was taken out of the area.

Management has significant skin in the game holding roughly 42% of the outstanding stock. Various institutions are good for another 20%. Not only is the structure tight, the stock is tightly held.

With this management team at the helm – with their intimate understanding of Cuiú Cuiú’s underlying geological controls – I look forward to the day a drill rig rolls off the flatbed.