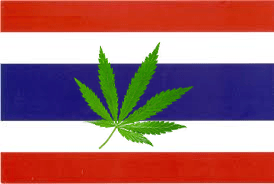 What comes to mind when you think of Thailand?

Temples, mouth-watering food and unspoiled beaches (I think there’s a few left?), sure.

The story of Thailand moving towards legalizing medical marijuana has been ‘under the radar’ for some months now, with Khaosod reporting on developments back in July, 2018

After the cabinet moved to legalize the use of medical cannabis, Sophon Mekthon of the Public Health Ministry said the law will come into effect April 2019.

Dr. Nopporn Cheanklin, Mekthon’s predecessor, has conceded Thailand lost the strain war to Canada , saying: “The best strains of cannabis in the world 20 years ago were from Thailand, and now Canada has developed this strain until up to this day, we can’t claim that ours is the best in the world anymore,”

It appears Thailand is keen to wrestle the title back.

Why? Well, Thailand has something of a reputation when it comes to crafting A-1 cannabis.

The Golden Triangle, a mountainous area bordered by Myanmar, Laos and Thailand, and synonymous with drug-trafficking, has long been an incubator of high-quality weed.

According to The Diplomat Thailand’s native strains aren’t just good – they’re ledgen… (wait for it!) dary.

The Thai Cannabis Corporation is well positioned to take advantage of any legislative changes which may ensue in the coming months.

“Today, Thailand can produce awesome cannabis at a fraction of the cost of Western growers,” said Jim Plamondon, VP of Marketing at the Thai Cannabis Corporation, described as the country’s first legal marijuana firm. “Tomorrow, Thailand will reclaim its cultural legacy, by becoming the world’s leading grower, processor, and manufacturer of cannabis products,” he said. “Any company that is serious about cannabis should start moving its supply chain to Thailand.” source: AFP, via company website

SEA still takes a hard-line on drugs but attitudes are softening, slowly

Having lived here for 6 years I can report first-hand on the strong anti-drugs measures in place in the so-called Land of Smiles. While marijuana is not as high up on the hit list as amphetamines (known locally here as ya ba meaning ‘crazy pill’) there’s no ‘free pass’ if the boys in brown catch you on the wrong side of the green.

While not as strict as Singapore, where getting caught with a trafficable amount of narcotics will result in a mandatory death sentence, Thailand doesn’t turn a blind eye if one is caught with marijuana and talking your way out of trouble is getting harder with recent anti-corruption initiatives.

Thinking of traveling abroad from Asia to get your weed fix? Think again, as doing so could still land you on the wrong side of the law upon your return.

Add South Koreans to that list, whose government has advised them against partaking when abroard.

The channel 3 TV news bulletin each morning run stories on the unfortunate few who have been caught up in overnight raids for all to see. Or a pickup truck full of pills captured in the south of Thailand, an area still in the grip of separatist violence.

Cops can pull you up on the street and demand a piss-test. Sucking on a spliff isn’t something that even enters the mind, lest you wish spending time at the Bangkok Hilton.

And as one tourist on Koh Lipe (a Thai island in the Andaman Sea) recently discovered, packing a bong at the local reggae bar isn’t the smartest move. Especially when your man-bag contains over 100 grams of marijuana. 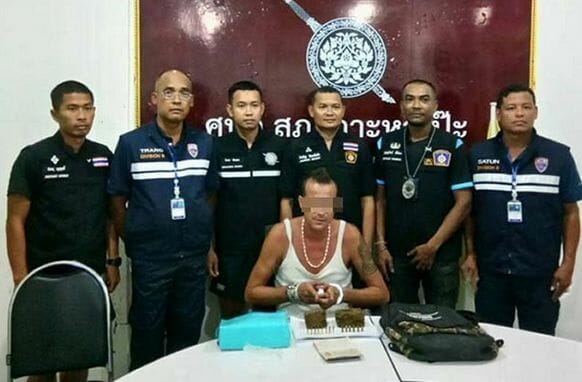 So why the change?

Thailand is far more progressive than outsiders would believe. The push to move Thailand forward, under the Thailand 4.0 initiative has been underway since the military junta seized power.

Having said that, the move to legalize medical marijuana has caught many by surprise.

This has really come out of nowhere and should have the big players sitting-up and taking notice.

If you have Netflix (and who doesn’t?) then you might want to check out the documentary Highland put together by the folks at Coconuts TV.

Where there’s smoke there’s fire. Governments across the globe are realizing that legalizing cannabis is a smart move, removing billions from the black market and putting those funds to better use in the public coffers.

If we ever see the day where rec weed is legal over here, just imagine the branding opportunities.

This is a developing story, but one well worth keeping a close eye on.