TGOD’s (TGOD.T) is providing substantive updates on its operations, detailing the company’s Mexican and European expansion, the latest round of financing and additions to its braintrust.

The company has doggedly continued in its mission to become the largest organic cannabis brand in the world and has secured significant amounts of funding from major industry players like Aurora Cannabis (ACB.T). 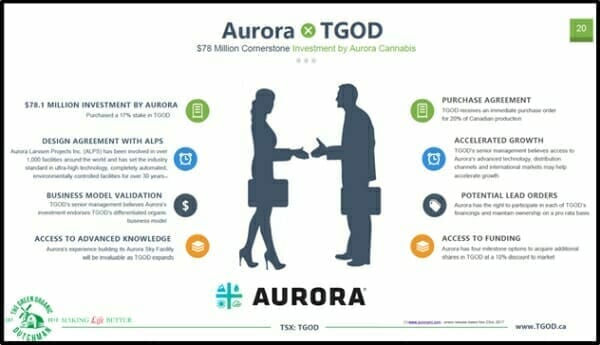 According to TGOD’s report, the company has secured an additional $75 million through a bought financing deal. The money will be spent on advancing the company’s international expansion plan, specifically highlighting the establishment of operations in Europe and Latin America.

Europe and Latin America are areas of strategic interest to TGOD, which has appraised their potential user bases at 750 million and 650 million, respectively.

Today, TGOD announced its JV with LLACA Grupo Empresarial (LLACA) to form a company to supply the Mexican medicinal cannabis market. Both companies will hold equal stake in the JV.

LLACA brings TGOD access to Mexican pharmaceutical networks and distributors, touting relationships with 4,500 pharmacies and 3,100 supermarkets throughout the country.

According to TGOD’s press release, LLACA’s warehouses and distribution networks give it total coverage over Mexico. The deal also allows TGOD to use its partner’s technical expertise for running clinical trials.

“The Mexican population is approximately 125 million people, or roughly 3.5 times the size of Canada’s population. We are thrilled to establish a presence in Latin America through Mexico with this strategic partnership”

Furthermore, the company also provided an update on its current expansion operations in Jamaica, Poland and Denmark.

Epican, TGOD’s Jamaican partner, says it is on track to achieving its goal of opening five dispensaries by Q1 in 2019. This plan includes the company’s flagship store in the nation’s capital, Kingston.

Farmland recently leased Epican is also being used for cultivation which the company expects to be completed in Q4. With this lease, TGOD’ Jamaican production capacity climbs to 14,000 kilograms, with the majority of this product pegged for international export.

In August, we covered TGOD’s acquisition of Polish CBD-oil manufacturer, HemPoland. HemPoland was the first state-licensed grower of CBD hemp in their native Poland and has local distributors across Europe including Germany, Switzerland and the U.K. 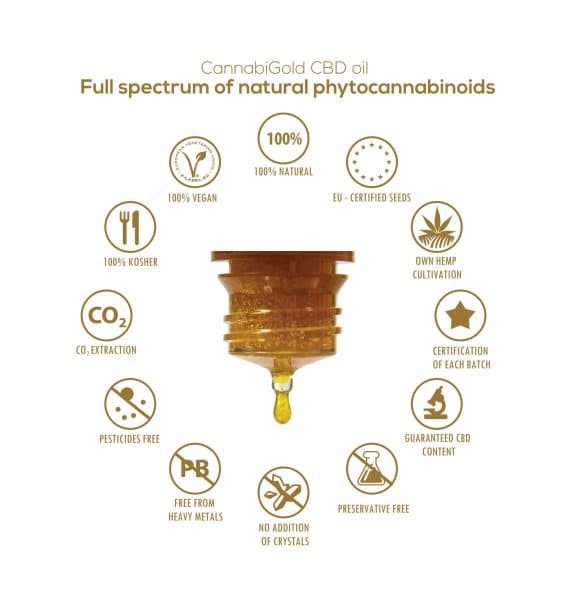 Here are the key takeaways from that deal condensed by Equity Guru’s Chris Parry:

Besides being a current source of revenue, the company is also TGOD’s bridge into Denmark where HemPoland has a JV for the purposes of exploring cultivation and R&D expansion.

TGOD has applied for a cannabis cultivation license in Denmark and expects to be notified of its approval in Q4 2019.

On the Canadian front, construction of TGOD’s Hamilton, Ontario and Valleyfield, Quebec facilities continue on schedule and the company expects these facilities to begin cultivation in Q1 2019 and Q2 2019 respectively.

TGOD is also preparing to launch a “founders club” which will help select medicinal cannabis patients in January 2019. The company is looking to grow its medicinal patient list in the first half of 2019 and then bolster its recreational cannabis offerings in the second half of the year.

The addition of Seymour to TGOD’s advisory board will assist with the company’s expansion into the US, including earning a listing on the NYSE.

Full disclosure: TGOD is an Equity Guru marketing client and we own stock.

Why is the stock plummeting?

It could be the fact that Aurora did not execute the (now expired) milestone purchase opportunity in TGOD.

That said, I wonder why Aurora didn’t pull the trigger.

Might it have something to do with Aurora wanting to keep as much cash in house as possible due to it’s upcoming U.S. listing?

I’m sure EG will be updating us soon with their thoughts.

We’re working on an answer to this question as we speak. It should be published very soon.