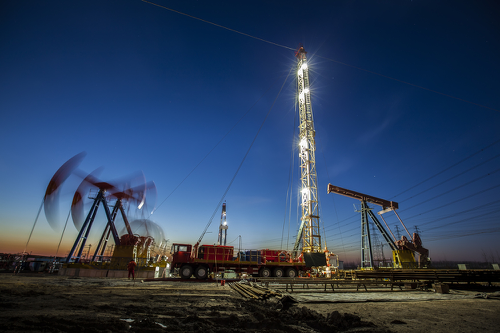 Permex Petroleum (OIL.CN) is one our favorite Oil’s here at Equity Guru.

It’s a uniquely positioned junior Oil & Gas company with assets and operations across the Permian Basin of west Texas and the Delaware Sub-Basin of southeast New Mexico.

Having acquired these projects on the cheap, from distressed, debt-laden operators, Permex’s land position in the Permian Basin adds up to 6,500 acres – 3,850 acres in west Texas and 2,650 in southeast New Mexico.

In a Guru article published a few weeks back, we noted how the Permian Basin is booming, how it’s contributed to the US taking over as the world’s top oil producer.

We also highlighted how land prices in the Permian have skyrocketed in recent months due to this recent boom.

From the above article we discovered that the average price per acre shot up to a dizzying $95,000.

In an August 31st Equity Guru article, we outlined one possible strategy the company may employ to fast-track production growth with a recent strategic acquisition with partner Occidental Petroleum (this strategic acquisition is centered on the San Andres Formation, a formation responsible for 12 billion of the 30+ billion barrels of oil the Permian Basin has given up thus far). 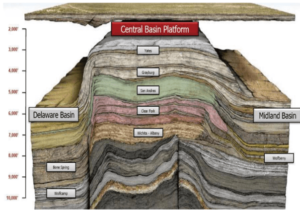 Based on the fat prices Permian Basin real estate is currently fetching, we then speculated the following…

… drilling off 5 wells with 1-mile laterals will require serious money, likely millions of dollars for their 50% share (presumably, Occidental will agree to foot the other half to uphold their end). To raise the necessary funds, it’s possible Permex will elect to sell off non-core parcels within extensive land holdings, now that those acres are fetching such handsome premiums.

Obviously, Permex management has options. It has a number of ways to scale growth. The company’s position is an enviable one.

In the meantime, management is employing a very disciplined and methodical approach to increasing oil production.

“If you have a qualified waterflood, it’s low hanging fruit” – Mehran Ehsan, Permex President and CEO.

Extensive studies by Permex have led to the implementation of a secondary recovery plan at their Bullard Tannehill project. The company is looking to increase oil production targeting the extent of the Upper and Lower Tannehill formation utilizing three to four water injection wells, three receiver wells, and a water supply well.

Bullard is one of Permex’s smaller projects, some 240 acres, but reserves are estimated at 4.9 million barrels of oil.

As a refresher, waterflooding is a secondary recovery method used to enhance production from existing wells. Water is injected into the reservoir formation in order to displace residual oil. This H2O injection sweeps the residual oil toward adjacent receiving wells, aka production wells.

Once again, Permex has performed extensive work at the Bullard site to ensure the most effective injection patterns are introduced in order to maximize recovery at the receiver wells.

According to this recent news…

Primary recovery generally recovers approximately 10 to 20% of initial oil in place depending on the reservoir properties. Using secondary recovery methods like waterflooding, the recovery percentage can increase upwards of over 30% of the original oil in place. An additional 10 to 30% recovery could be reached using innovative technologies such as polymer gels and surfactants, which will be the goal for Permex.

This EOR Waterflood program is expected to have long term production benefits for the Bullard property. Updates will be to follow as Permex confirms secondary recovery program results.

“Even though we are taking a methodical approach to operations and targeting low cost, low risk actions such as re-entries and waterfloods, we are moving quickly and continue to put growth-based results out. These Tannehill waterfloods provide stable, increased light oil production with high gravity which fetch great prices at the wellhead. We anticipate this waterflood to add to our cash flow in the next quarter (Q1 2019). Upon success of this EOR we will continue our efforts to bring online all of our EOR capable properties in addition to our drilling programs which are set to start in H1 2019.”

Using the above numbers, just to give you an idea of what the Bullard project may ultimately be worth (note that Bullard is only one in a large portfolio of projects):

As we’ve stated repeatedly in previous articles. Permex has a number of moving parts. This company is all about sustainable growth and scale growth, simultaneously.

Waterflood programs and shut-in wells – bringing them back online – are all part of the company’s sustainable growth strategy – low risk, marginal production, but increased cashflow.

The scale growth lies in the company’s horizontal development plans.That is where true value will be realized.

These secondary recovery strategies tee up the bigger play.

Postscript: below, a link to a recent interview with CEO Ehsan…

Disclosure: Permex is an Equity Guru client, we own the stock.