The company also offers a module designed to assist in meeting data-tracking and reporting requirements which are required by organizations which receive Ontario Ministry of Health funding.

With Vitalhub’s stated mission objective being the secure organization of medical records, the synergy between these two becomes apparent and one’s acquisition of the other seems inevitable.

Additionally, the company recently reported Q2 revenues of $1,856,446, an increase of 1266.3 percent over the same quarter in 2017. Vitalhub credits this increase to “acquisitions completed in the period” and a single software sale which delivered perpetual license revenue totaling $1,613,362. 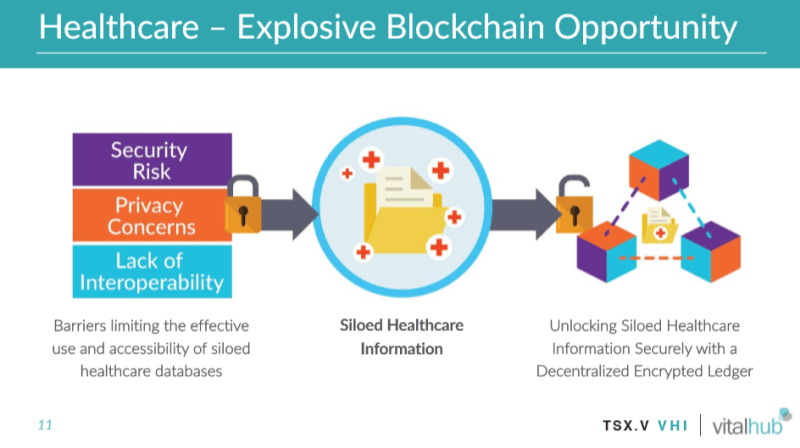 The case for digitized records

In an interview with Technology.org, the former head of the Beijing Genome Institute explicitly championed the digitization of medical documents.

“Today, very few people know their own genetics or have insight into their digital health data. They do not know their gut bacteria or heart function and do not record dietary habits systematically. But by digitizing data, people will be able to get better treatments in the future,” says Jun Wang.

In Undark.org, Ilana Yurkiewicz describes how the wife of a seriously ill man realized her doctor’s fragmented and hand-written records were less an inconvenience than a matter of life and death.

“Even if I did write it down, it might not be read by the caregivers and health care professionals who would treat him next. And I knew that only fragments of their notes and charts were likely to get passed down the line of Michael’s care, too. And that’s precisely what happened,” said Yurkiewicz’s source.

This issue extends into the arena of mental health as well. A chronic knee condition is easy enough to remember and relay to a doctor. Mental illness, a broad term encompassing a swathe of conditions, is far more complicated to explain consistently and effectively.

There is also a correlation between mental illness and homelessness, another inhibitor to keeping detailed medical records.

According to the Substance Abuse and Mental Health Services Administration, 20 to 25% of the homeless population in the United States suffers from some form of severe mental illness. In comparison, only 6% of Americans are severely mentally ill (National Institute of Mental Health, 2009).

If someone is homeless, fearing for their safety or severely suffering from their condition, it is unlikely that person will be keeping the meticulous documentation on their condition a physician requires.

Beyond an impressive surge in revenue this year, Vitalhub is providing a much needed improvement to the way medical documentation is used, stored and shared. This is something everyone, not only shareholders, can feel good about.

Full Disclosure: VitalHub is an Equity Guru marking client, we also own stock.