We’ve written a lot about branding as it pertains to the cannabis space, and the challenges that will face any licensed producer as it transitions from growing to marketing to retail.

Those challenges are plentiful; chiefly among them, you’re not allowed to market your weed brand in Canada.

Can’t do it. Against the law. Not permissible. So many companies have tried to do an end run around the law by marketing ‘lifestyle’ instead of products, and ‘information’ instead of their name.

Did you catch an #auroraillumination concert in your city? Did you know it was sponsored by a #cannabis company? Brands like @aurora_mmj are already finding ways to market themselves before their products are legal- read about it on CBC! Link in bio #tbpodcast #c45 #mmj #wpg #ywg

All of this leads to confusion for consumers, industry, and the people who are supposed to be policing the industry. Growers are charging into provincial liquor store supply agreements, hoping their brand will perform a ‘Skinny Girl’ and stand out enough on a shelf to win customers, but those provincial bodies have no idea what consumers will want, are starting to realize they may not be attractive for all suppliers given the wholesale prices they’ll seek to be paying, and are madly trying to train their staff as to what cannabis is, before they’re tasked with selling it.

I’ve long steered clear of long term investments in the big three weedcos, because I can see a time when a smart, new brand will stand next to the brand of that massive mega-co on a store shelf in Moose Jaw, and it’ll be a dice roll as to which consumers actually purchase.

To be clear, there will be hundreds of SKUs available on the first day, and precious little goodwill on the market to steer folks in a given direction.

If there were no marketing restrictions, then you’d have to be on Canopy, Aurora and Aphria (APH.T), because they’d be able to drop tens of millions in ads and kill all comers.

But that’s hot how it’s going to work at all. As long as nobody is being asked to pay shelf fees, the onerous ransoms supermarkets charge to allow a new product on their shelves (which all but ensures new products fail), we’re going to be starting from level in October.

The connections to the way the alcohol industry works are not restricted to the whole ‘we’re ending prohibition’ thing. In Canada anyway, alcohol suppliers deal with these same provincial bodies, which dictate whether they even get on shelves, let alone how they’re positioned or what prices are charged.

In the age of Casper upending the entire mattress industry, AirBnB upending hotels, Uber upending taxis, it doesn’t take much more than daring, humour, and a willingness to defy convention for a small startup to unseat the big dogs.

So with that in mind, the board is wide open for an unknown player to come in and take all the treasure, if they can make a good brand happen.

There are a few types of brands beginning to emerge out there to date:

Others are hanging their hat on the perceived excellence of their product and believe quality will win out over a nifty package.

But there’s another area that a lot of companies are missing, and two have focused on hard: Heritage.

Normally, nostalgia is something the marketing department washes away, focusing instead on modernizing a look. Here’s Pepsi’s transition over the last 120 years: 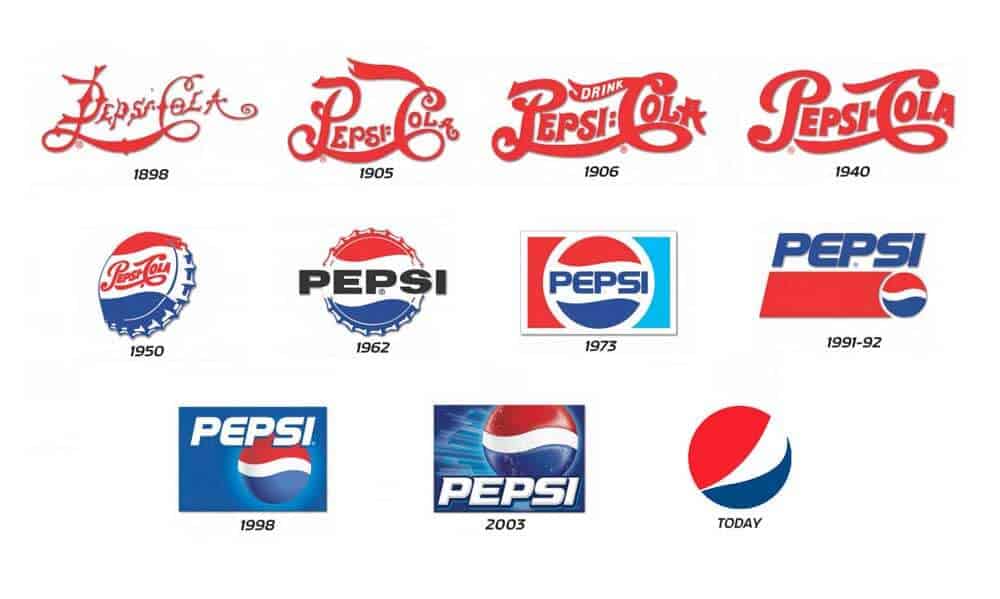 That ‘today’ marker at the bottom of the logo list isn’t entirely accurate, because after spending a year trying to get people to buy bottles with emojis on them, in an attempt to chase a trend, Pepsi realized there was a lot more potential in moving backwards and embracing their history: 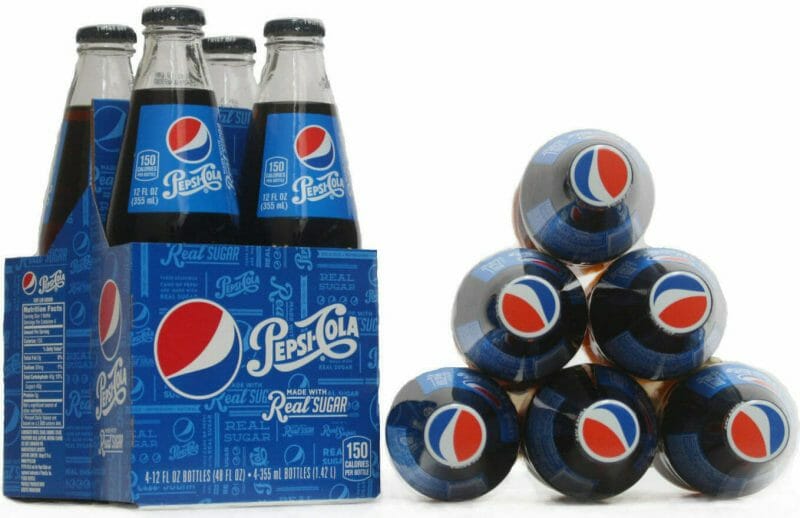 ‘Real’ sugar. The 1950’s logo. Glass bottles. Pepsi had a moment where it realized it didn’t need to chase a trend, because it had always been a trend.

But this isn’t a move to appeal to grandma. The younger demographics are the ones looking for the authenticity of enduring brands. Old Spice was a brand of aftershave that your granddad always had in his medicine cabinet, that you always related to ‘old people smell.’

So they decided to relish in the perceived uber-manliness of it all, rather than run from it, and reinvigorated the brand.

I drive a Fiat 500. It’s not huge, not ridiculously cheap, not particularly as good on gas as you’d think, and large men scoff at me when I drive it (though women have the opposite reaction).

So why did I buy it? Nostalgia. 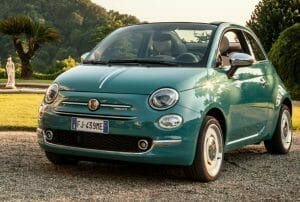 Damn it, my grandmother drove a Fiat 500 in the ’60s. You give me a new car with all the modern conveniences that looks like it came out of Mad Men and I’m in.

In beauty products, the recently emerged and now uber-dominant Abnormal Beauty Company all of a sudden rules a decades old protected market through it’s Deciem line. It’s built to look utilitarian, old timey, and stripped back to just the ingredients. 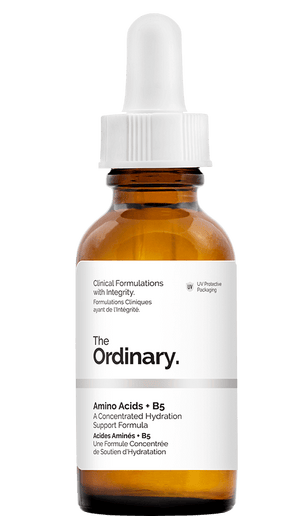 This is not a new concept: Kiehl’s has been selling hundreds of millions of dollars of similarly packaged products in its stores since 1851, with customer service reps in labcoats and century-old formulas.

Everything old is hot right now. You can’t move in Ikea without bumping into chipboard furniture built to look like it came out of 1950’s Norway. Hell, we fitted out our office at Article, which sells nothing but old timey new stuff. 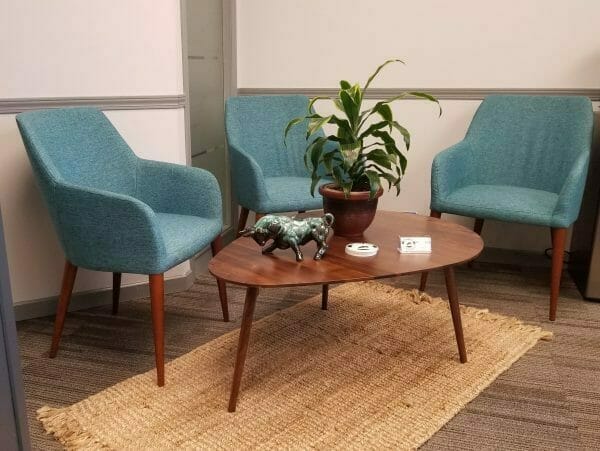 So if ‘authentic’ is hot, and ‘yesterday’ is now, how do you develop a cannabis brand that embraces those things, considering the oldest public brands top out at three years old?

Friday Night Inc (TGIF.C) boss Brayden Sutton has been working on this for a while, and had begun to realize that, as good a brand as Friday Night was, for partiers on the Vegas Strip, perhaps there was a bigger audience out there for people who were less into Affliction t-shirts, and for people who don’t overuse the word ‘bruh.’ 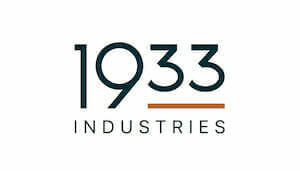 Clean, simple, a nod back to the year prohibition ended, and one of several lines the company is pushing.

On the ‘enthusiast’ front, they’re into their Alternative Medicine Association SKUs: 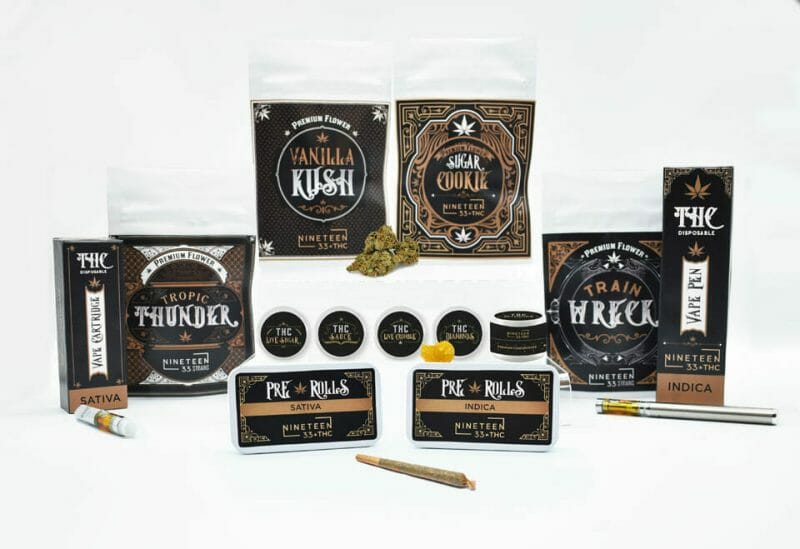 And then there’s the ‘collectibles’ front, for which they’re doing interesting things with their Infused MFG line: 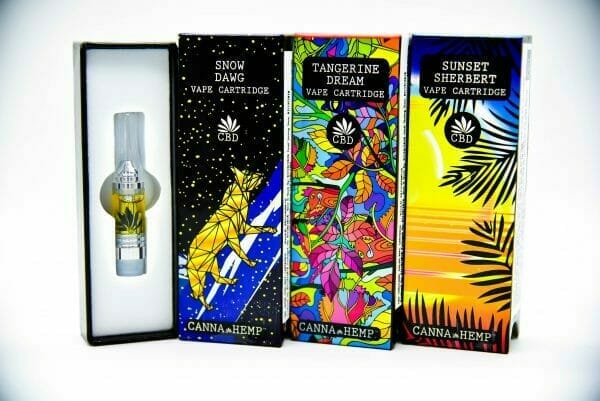 Tying their product to interesting art, which would look great on a coffee table and would inspire conversation, is a smart way to add value to an already valuable product. 1933 is also tying nostalgia to these by packaging them to resemble old-timey handmade-label elixir products.

I’ve heard some market guys saying, “I don’t get it, why not do something cool and fresh?”, but these will stand out on a shelf in a strong way, and connect to their audience by virtue of not drowning us in weed leaves and trippy paisley bullshit, but by instead making the products look like you’d want to keep the empty box when you’re done with what’s inside. 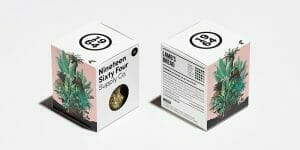 Rubicon Organics, which is IPOing soon, has similar thinking to 1933, right the way down to their decision to call their own line 1964 Supply Company.

While 1933 ties to prohibition, 1964 is when THC was discovered. In fifty years, some smart marketing guy will suggest his company put out a 2018 line, reasoning ‘that’s when Canada legalized it fully.’

1964 does a similar thing to what Sutton’s company has done, in tying nostalgia to art, and creating a brand that summons a past the actual company had no part of. While 1933 harkens to an older time, 1964 is very much tying to the 1960’s, with an accompanying line of art pieces tying into that packaging to really make a splash.

Each of those packages is a different strain, and each one has a different piece of label art, created by respected and renowned street and gallery artists, that fit that particular line. 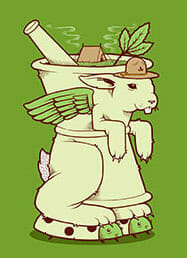 That’s girl scout cookie thin mints. I kind of want that o a t-shirt. Hell, I want a huge version of it for my office wall. When I compare these to the lines Canopy Growth Corp is selling, or the industrial design behind what Aphria has on site (below), I think this could wipe them out on retail market share. 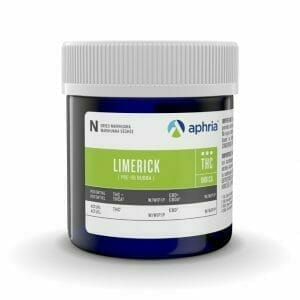 Oh lordy, hold me back from this must have design that incorporates a whole colour and will dominate the retail shelf spaces! Gotta buy ’em all!

There are nine 1964 artists so far, and 12 pieces to buy/collect. You can see more of the series at the 1964 Artist Series site.

If you do a search for marijuana and branding, you’ll find a thousand news releases of weedcos talking about how they engaged some agency from LA and test marketed for sixteen years and blew up a Porsche in the parking lot to see if they could find just the right shade of orange for their logo. But none of that feels real.

1933 and 1964; whatever you think of their names, and the concept behind those names, the execution is fucking killer, and that’s what going to matter.

FULL DISCLOSURE: Rubicon Organics and 1933 Industries are Equity.Guru marketing clients, because we think they have amazing stories, incredible products, are run by smart people, and their cheques cleared. In that order.