The weed space is on fire.

Amidst the investment euphoria, there is a stubborn contingent of nay-sayers.

“October 17, 2018 [Canadian legalisation day] is not going to produce the ‘high’ that people think,” said TV investment barker Jim Cramer on Friday morning, “I don’t want people to get hurt.”

“In what can only be described as a wild day of trading, cannabis newcomer Tilray (TLRY.NASDAQ) traded within a 149 dollar range on Wednesday September 19th, printing a high of an even $300 in a mid-afternoon surge before falling as low as $151 when the music stopped and chairs were found to be in short supply,” wrote Equity Guru’s Craig Amos.

Within hours of the opening bell, news outlets were pumping out stories that Tilray’s market-cap had exceeded that of American Airlines (AAL.NASDAQ) and CBS (CBS.NYSE).

Canopy Rivers is the global investment arm of industry giant Canopy Growth (WEED.T) – which has a market cap of $14.5 billion.  WEED owns about 25% of Canopy Rivers.

RIV was created through a reverse-takeover of a shell company.  In January 2018, RIV raised $26 million through a private round, including a $5.14 million investment from Canopy Growth. A few months later, RIV raised another $104 million.

The IPO – oversubscribed by 300% – was co-lead by Canadian Imperial Bank of Commerce. It is highly unusual for a Canadian chartered bank to play a primary role in taking a marijuana company public.

Prior to the IPO, Canopy Rivers made about a dozen weed investments, including licensed producers, weed tech companies and retailers, giving investors to exposure to a diversified basket of cannabis companies in multiple countries. 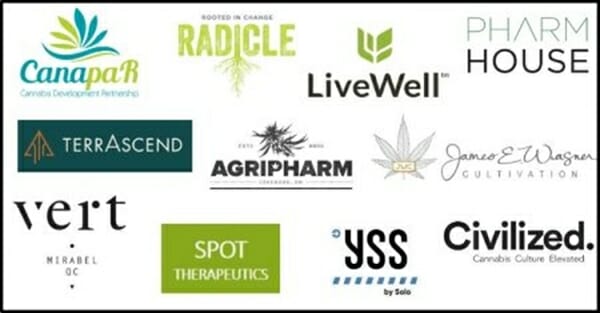 “Commercialization on a global scale of cannabis is probably the most compelling investment opportunity in the history of capitalism,” stated RIV co-founder Sean McNulty.

Companies that do business with RIV, “get to hitch their wagon to Canopy indirectly by taking money from Canopy Rivers,” McNulty said. “We’re bringing something to the table that’s much more valuable than just the money. We’re building a portfolio that represents an entire ecosystem of complementary cannabis businesses.” 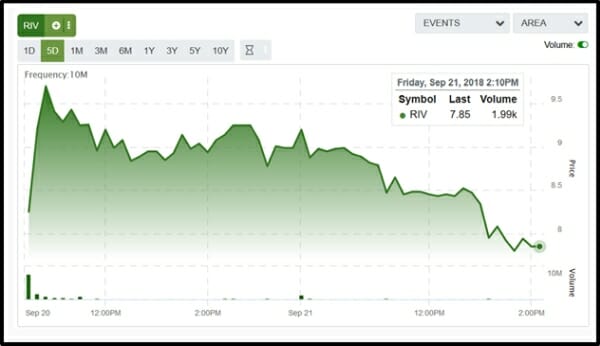 RIV claims to give investors access to superior deal flow.

It works like this: marijuana producers receive a lot of pitches. WEED’s dominant market position “acts as a powerful magnet to attract premium incubator investments.”

A market cap of $1 billion.

Note: a previous version of the article reported large gains for RIV seed investors which failed to account for a 26.565 for 1 share consolidation. The published calculation was incorrect and the offending passage has been removed from the article.  We apologise for the error.

Full Disclosure:  We have no commercial arrangement with any of the companies mentioned in this article.