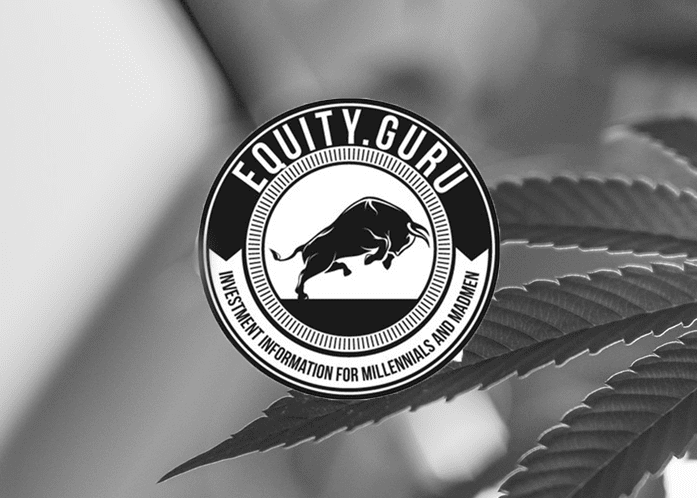 The two most active medical components of cannabis are tetrahydrocannabinol (THC) and cannabidiol (CBD). THC is psychoactive while CBD is non-psychoactive. Collectively, the components are known as cannabinoids.

A burgeoning research in cannabis medicine is leading to a better understanding and a steady formalisation of CBD treatments for all manner of ailments.

CBDs are the hot item in the cannabis-as-medicine world. They have been for some time, and interest is rising along with cannabis medicine’s commercial appeal. With marijuana medicine in its infancy, we are still learning how CBDs are best used. Universally, CBD is not as effective on its own as it is with other cannabinoids. The most designer instances of cannabinoid treatments use CBD and THC along with other more specialized derivatives CBN, THCv, THCa, CBG in full spectrum cannabis medicine. 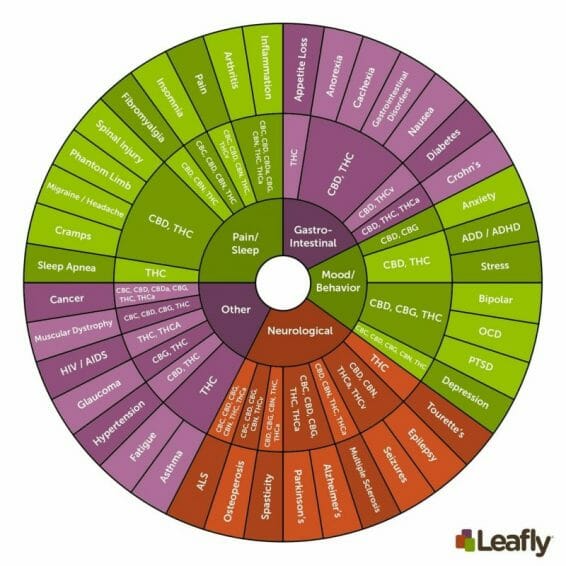 EG’s own Lukas Kane pointed out in a post this morning, that CBDs may be the missing link that enables pro sports leagues to soften their stances on cannabis use by players. The report comes from Forbes, who point out that, when viewed through the lens of medicine that can keep expensive pro players healthy and in games, weed suddenly doesn’t look as bad to leagues and team owners.

Modern commercial marijuana is mostly grown in multi million dollar greenhouses with 24/7 security, set up and operated by professional horticulturalists on plants that are optimised to yield high-test bud. These operations work by virtue of talented (and expensive) manpower. Cannabis plants grown to produce marijuana are bred with certain genetics. They grow high yields of quality bud. When they’re done, the plant matter that is left over yields CBDs in about the same volume by weight as hemp plants. 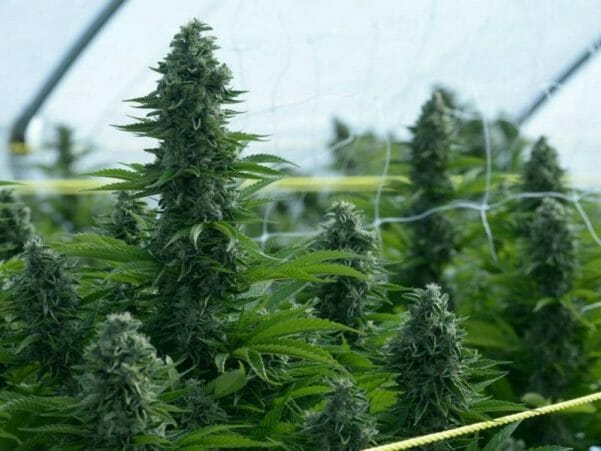 Hemp is a field crop that grows off of sunlight, and requires very little tending or cultivation.

According to the Alberta Department of Agriculture, the average acre of hemp yields is 1,100- 1,300 lb’s of fibre. 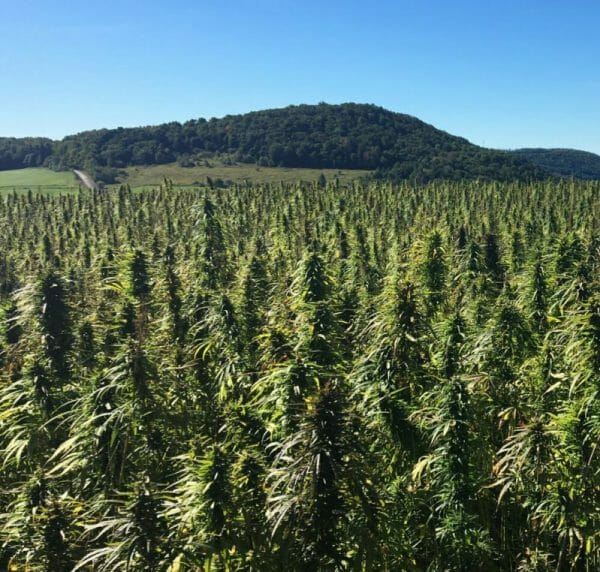 The two most common extraction methods for cannabinoids are: carbon dioxide (CO2) and butane (BHO). CO2 generally has larger startup costs, but is more cost effective in the long run as CO2 is cheaper to purchase. The Vitalis Q90 machine retails for $450,000 CAD and processes an average of 240 lbs of material per day through CO2 extraction. Quadron Cannatech’s The Boss CO2 machine also retails for $450,000 CAD. 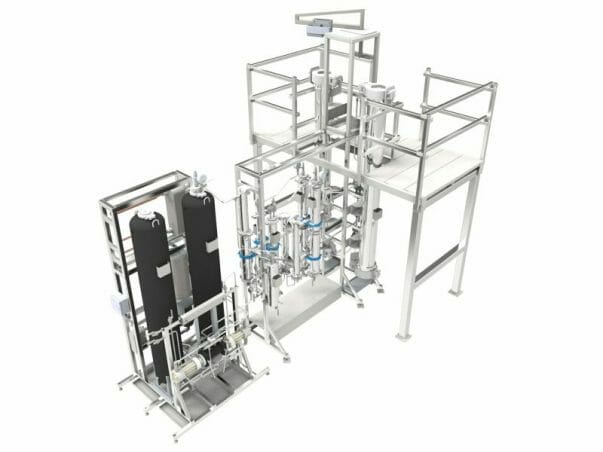 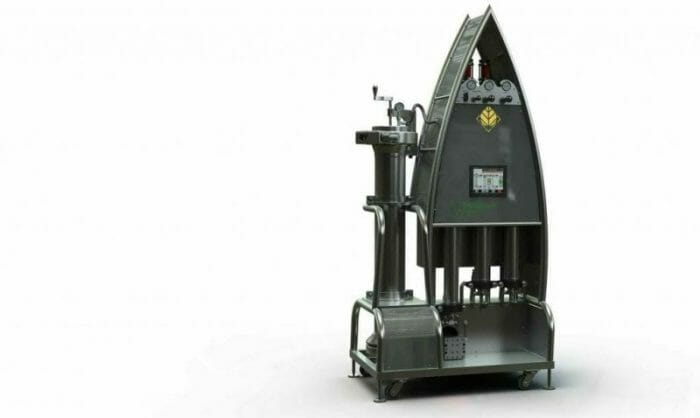 Butane is also highly explosive. The LA Times reported in 2016 that  California Alliance of Drug-Endangered Children had tracked 41 deaths from illegal extract labs in California between 2011 and 2015, largely due to BHO labs. 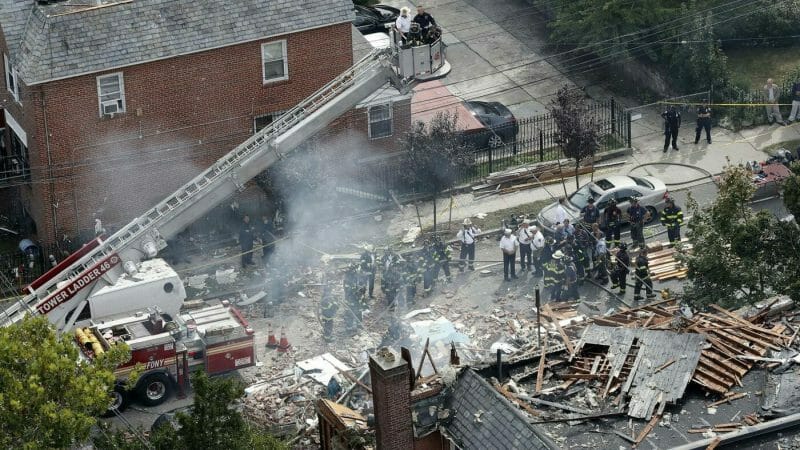 CBDs from any source are worth a lot to patients, and to LPs

The market for extracts is experiencing steady growth. 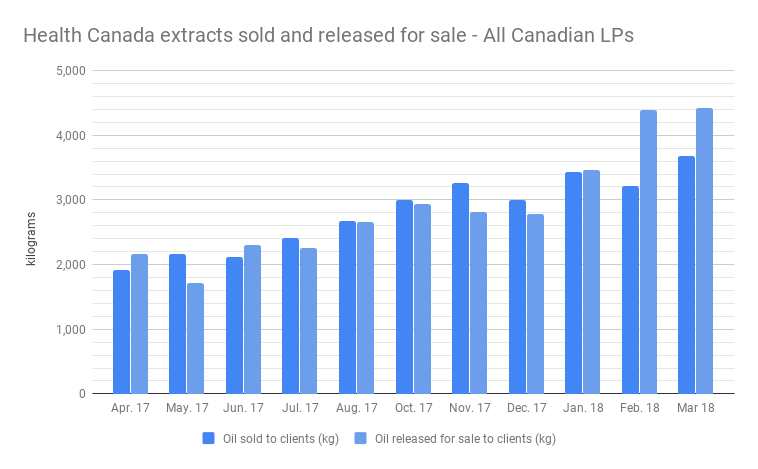 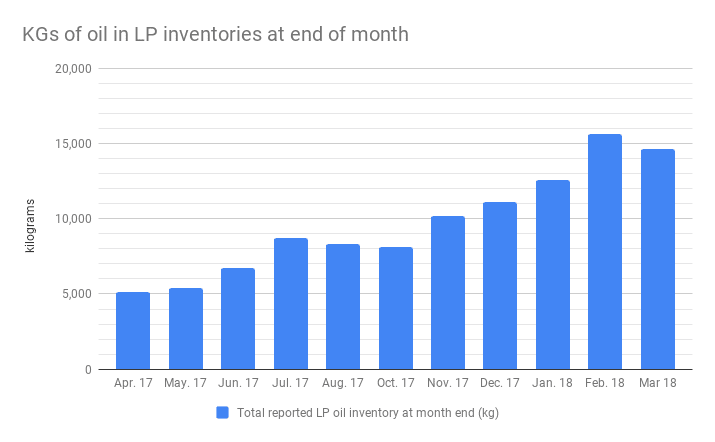 We looked at 16 CBD products derived from both marijuana and hemp to compare price points. The average retail price of the marijuana derived extracts is $110 per bottle, and the average hemp-derived CBD product sells for $106 CAD per bottle. No significant difference. The break comes when we look in to how much the CBD is being sold for, per ml in these respective products. As a group, the CBD in the marijuana-derived extracts are selling for $2.41 per ml. The hemp-derived CBD extracts retail for almost twice that: $4.33 per ml.

It’s impossible to know the commercial viability of these individual products without the sales volumes, and even if we had them, a straight averaging doesn’t include the THC component of these products, and doesn’t tell the whole story. We put them all in a table below so that readers can get a sense of how these product lines are shaping up.

If any of these companies or anyone else wants to share some sales volumes of specific products, please get a hold of us.

In Canada, cannabis was added to the Confidential Restricted List in 1923 under the Narcotics Drug Act Amendment Bill. The first seizure of cannabis by Canadian police was not until 1937. When hemp was re-legalized in 1998, the plant became legal to grow, but remained classified as a narcotic product, meaning it’s treated as a controlled substance.

For farmers, that meant they could only harvest the plant’s seeds and tough stalk to make fibers, but could not sell the leaves containing CBD. Hemp’s regulations fall under the umbrella of the upcoming Cannabis Act which goes into effect October 17th, 2018 where CBD from hemp will be allowed to be distributed with a license.

In the US, Hemp was made illegal under the Marihuana Tax Act of 1937. Through the Industrial Hemp Farming Act of 2009, the Controlled Substances Act was amended to exclude hemp from the definition of marijuana.

Other LPs with interests in hemp

In May, Aurora increased its ownership in Hempco (HEMP.V) to 52.7% with the intent to produce hemp based CBD products. Hempco generated $1.1 million CAD in revenue through its Planet Hemp brand last quarter, and is planning to have its 56,000 sq/ft Nisku hemp processing facility built by summer 2018.

Cannabis giant Canopy (WEED.T) intends to have a presence in the growing hemp-derived CBD market as well. According to Canopy, the Tweed Grasslands facility in Saskatchewan is ready to scale from 600 acres of hemp growth in 2018 to 2,500 acres in 2019.