Patriot One (PAT.V) goes to Washington

In a post-tragedy speech to the NRA, U.S. President Trump mused, “Vans and trucks are now the new form of death for the maniac terrorists.  So, let’s ban immediately, all trucks, all vans, maybe all cars. Your Second Amendment rights are under siege, but they will never, ever be under siege as long as I’m your president.”

Guns are to America – as mustard is to hotdogs.

That’s the way God wants it. 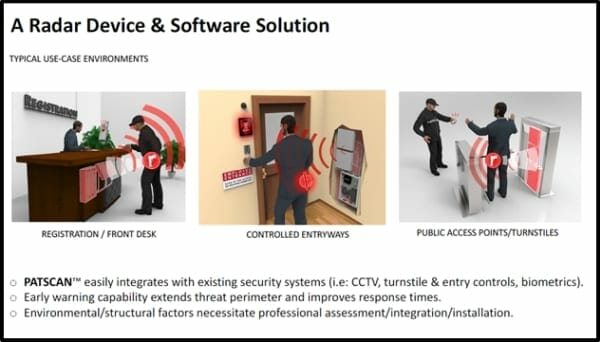 We have been tracking PAT for 18 months:

On March 28, 2018 PAT informed shareholders that it has “advanced to Stage-3 active testing and research of the PATSCAN CMR concealed weapons detection solution in real world environments.”

Patriot One intends to have five client locations where engineers will be able to “test and conduct further research on the radar device and software solution.”

As well as the Westgate Las Vegas Resort & Casino, the next four new locations are 1.  a U.S high school, 2. a mid-west U.S. university, 3. a UK business location and 5. a law enforcement establishment in Canada.

Each location offers a unique environment to support advanced testing.

There are 535 member of Congress.  It probably wasn’t too difficult to find the sympathetic ears, since two gun control groups bought a $230,000 New York Times ad publishing the names and telephone numbers of 276 members of Congress who “took NRA money and now refuse to take action to pass gun safety legislation.”

The Patriot One team asked Congressional staff members to ensure that existing and prospective “safe-school” legislation remain open to all forms of weapons detection technology.” 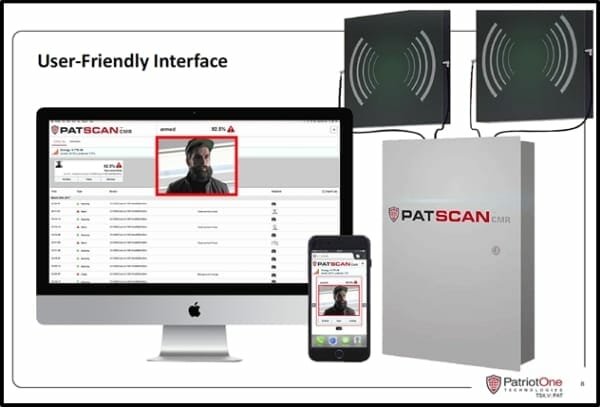 On April 26, Pat CEO, Martin Cronin published a blog post about the visit to Washington.

“Last week, the Patriot One team visited both the legislative and executive branches of the U.S. Government in Washington D.C.,” wrote Cronin, “to share information on our PATSCAN CMR concealed weapon detection radar device and software solution.”

Office of U.S. Representative John Rutherford (R-FL):  Met with Representative Rutherford’s staff to share more about the Patriot One system, and deployment plans for development sites in Florida.  The Representative’s team asked to be updated on the system progress.

It’s not clear why the launch of PAT’s commercial technology requires political capital – but it might – so we think the trip to Washington is a smart move. 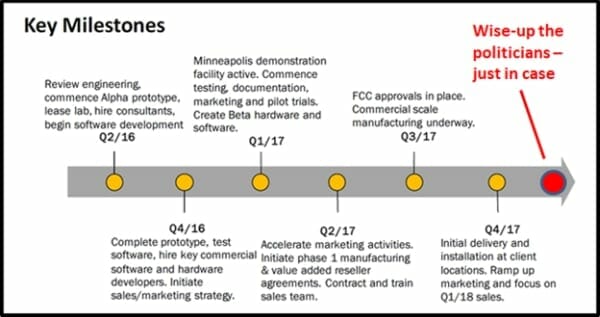 In our first PAT article, we wrote, “The elevator pitch is that this box can be installed in airports, subways, stadiums, and schools, on a street corner, or virtually anywhere crowds of people might need protecting, without giving itself away or inconveniencing people as happens at an airport security lineup.”

“Our motto is also our goal,” stated Patriot One CEO Martin Cronin, “We aim to deter, detect and defend against random acts of senseless violence in our schools, offices, shopping centres, transit stops, theatres, nightclubs and anywhere else innocent people work, live, and play.”

In the last 18 months, the business and public-safety case for PAT’s weapons-detection technology got stronger.

Some U.S. politicians are starting to figure that out.